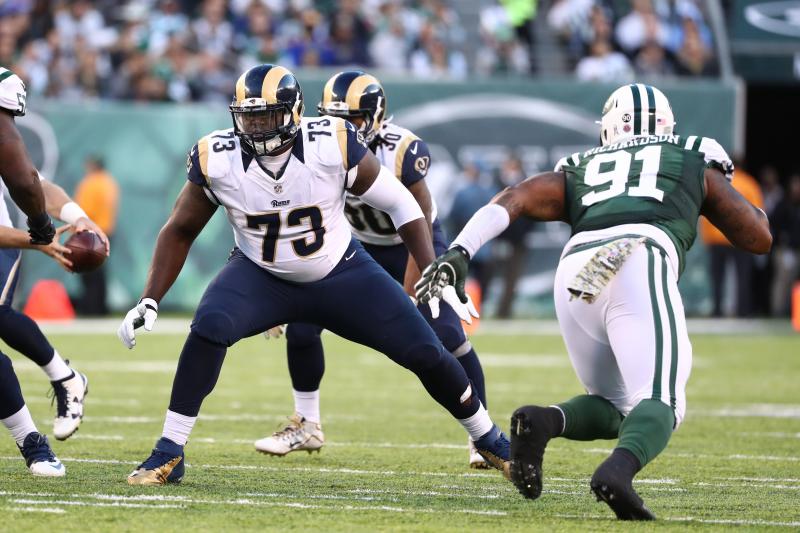 According to Gary Klein of the Los Angeles Times, the Los Angeles Rams reportedly has declined the fifth year option of their original number two overall pick, Greg Robinson, from the University of Auburn.

The Rams selected Robinson in the 2014 NFL Draft, signing him to a fully guaranteed four years $21.2 million contract, with a $13.7 million signing bonus.

The Rams moved Robinson from left tackle to the right guard position, in the efforts that he could become proficient from that side. Just to point out, he has tremendously struggled throughout his three-year career from his 40 out of 44 games he started.

Reportedly last season, Robinson arrived at training camp noticeably almost 20 pounds overweight. He started 10 games in 2016, in situations he had been penalized nearly 15 times during that era. His play was so ineffective, it subsequently forced him to be benched last season.

Prone from unforeseeable news from former Rams head coach Jeff Fisher, Fisher designated Robinson in-active for the New Orleans Saints games. This news couldn’t come at the better time as Robinson, who played high school football just some 60 miles nearby to New Orleans. He invited over 100 family and friends to that game, even in attendance was his grandmother, who yet to have seen him play live as a professional. Total devastation and complete embarrassment endured by him, sort of was the same adverse affect that Rams fans felt with his play throughout his career.

This offseason, the Rams signed veteran left tackle Andrew Whitworth, to play and solidify a blind sided pocket protection for quarterback Jared Goff. To say the least, many expected Robinson to be released, but head coach Sean McVay stated he was a great athlete and was going to allow him and opportunity to redeem his play.

The Forgotten Man: Why WR Marquez North is a Ram to keep an eye on this summer