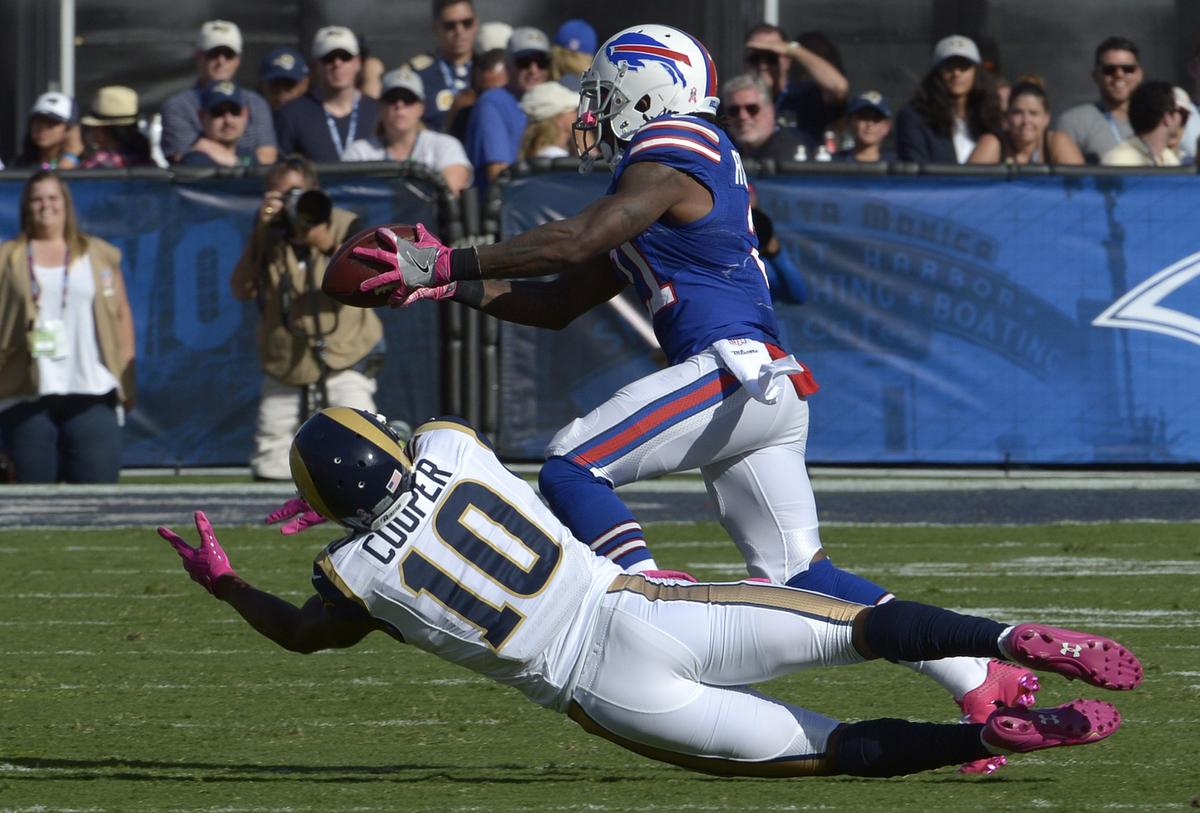 The Los Angeles Rams have signed former Buffalo Bills defensive back, Nickell Robey-Coleman. Robey-Coleman is now taking his talent back to the Los Angeles area, where he played collegiately at USC. He’s reuniting himself with his former college and Bills teammate Robert Woods, with a Los Angeles  reunion.

Robey-Coleman went undrafted in the 2013 NFL Draft, but signed as an undrafted free agent making the Bills 53-man roster his rookie season. The Bills would extend his contract for two more additional seasons before releasing him last month.

In 2016, Robey-Coleman would play in all 16 games with the Bills producing 35 tackles, two interceptions, six pass deflections, one forced fumble, a fumble recovery, and two defensive touchdowns.

The Los Angeles Rams fans have such great memory of Robey-Coleman, who intercepted Case Keenum twice in week five, with one of the interceptions turning into a 42 yard touchdown return.

Robey-Coleman is a great acquisition by the Rams, giving them the much needed depth with veteran experience in their defensive backfield. The former Bill is a durable athlete who has played in every game since being drafted in 2013. This speaks volume of his 5’8″ 165 pound body frame, when defending up against the league’s elite receivers. He has great work ethic and always had seemed to play with a chip on his shoulder for his doubters.

Just a quick note, Robey-Coleman lost his mother to heart failure when he was in high school at the age of 44. He would be asked why did he have the name change and he would state:

“It’s a tribute to my mom,” said Robey-Coleman. “I was thinking about my future. I know I’m going to have kids one day. My father had married another woman and somebody had contacted me asking if she was my mom. I told him, ‘No, my mom passed away and is living her second life.’”

His father’s new wife took their surname of Robey, it has misperceptions about the family. Misperceptions that Robey-Coleman wanted to eliminate as he contemplated his own future family.