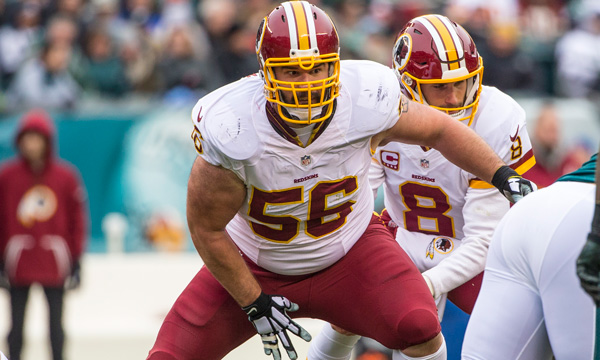 The Los Angeles Rams has agreed to terms with Center John Sullivan formerly of the Washington Redskins. When you wake up to grab a cup of hot coffee but only to be surprised with overwhelming news, what is a better dose of caffeine to brighten your day?

The Rams brought Sullivan in for a visit a couple of weeks ago, after being stuck with the dagger by the Buffalo Bills, matching their offer tendered for Center Ryan Groy. Sullivan brings additional veteran presence to the Rams and adds leadership to the already signed left tackle Andrew Whitworth.

Sullivan begun his career with the Minnesota Vikings in 2009, anchoring a offensive line that assisted former Vikings running back Adrian Peterson to rush for over 2,000 yards in 2012. He missed the entire 2015 season with an back injury and then subsequently was released and signed as a free agent with the Washington Redskins in 2016 as a backup.

Sullivan played for coach Sean McVay with Redskins, and is familiar with the offensive system. It has not been determined whether Sullivan will come in and compete with current teammate Demetrius Rhaney for the starting center position. Expectations will be that Rams will still intend on addressing the center position in this year 2017 NFL draft. Its has been mocked in several mock drafts that the direction is pointing toward Kentucky’s John Toth.

Terms of Sullivan’s deal has not been disclosed, but it is expected to be a one year deal.