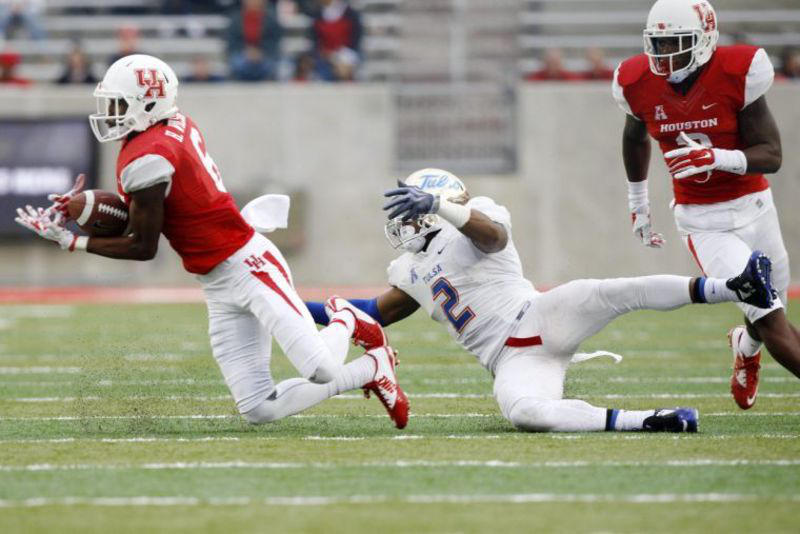 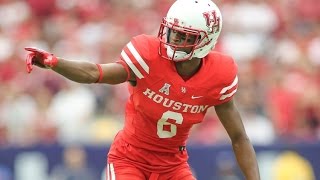 Howard Wilson, better known as “Pick Six” is a defensive back from Desoto, Texas who was a menace to quarterbacks through his prep career. The play continued to his collegiate play which he suffered a ACL injury. Started last season and played well to declare as a Red-shirt Sophmore to the NFL.

Knack for getting turnovers with nine total interceptions last season

First year as a starter, every 15 targets he would intercept a pass.

Great speed to stay with the speedy and tall tall receivers on deep routes..

Ability to read quarterback in man or zone coverages..

When mind is made is a straight line to the ball.

Has the hips and feet to mirror and match all over the field.

Has no fear, will hit everyone.

Like Brad Watson of Wake Forest, he can play zone, man, and press coverages.

As a one year full-time starter, is extremely talented, but extremely raw.

Declaring early after a sophomore season would be a first round pick in 2018.

Has limited experience heading into a deep draft of experience cornerbacks in this draft.

Need to sharpen his pattern recognition and judgments down the field.

Has a very thin frame with skinny legs.

Will benefit by putting on more muscle to add to his frame.

Tends to play too tall at times.

Howard Wilson has the skill level to play as a press coverage corner with ability to shield bigger receivers in one on one coverage on outside fits well in the 3-4 scheme. His speed and ability to jump routes and shutdown quick passing game strategies especially the bubbles screens. 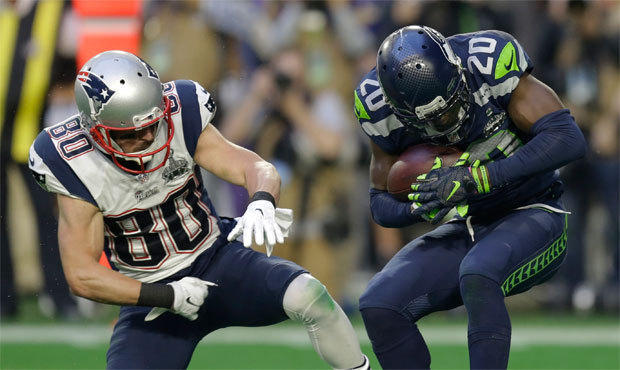