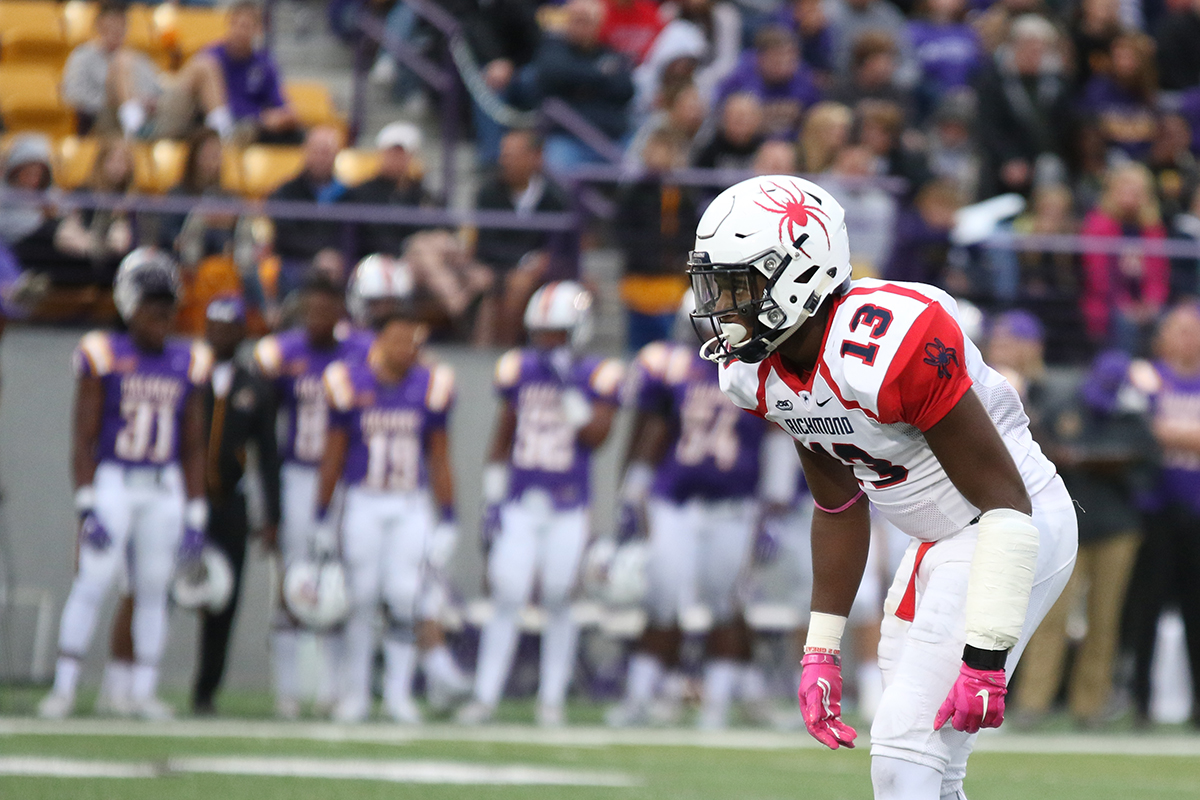 The Rams have scheduled their second of 30 private visits with the small school stud from Richmond David Jones according to Greg Auman.

David Jones is a 6-foot-3 and 215 pound safety that suffered his second forearm fracture of his career in the same game the picture up top was taken in versus Albany. Jones has worked hard to get back to where he needs to be and offers some intriguing potential with his big size at the safety spot and his elite speed which he showcased at his pro day in running a 4.43 forty yard dash. He also flashes some serious game-breaking ability with his run after the catch and his ability to pick up passes like a receiver. His hands are above average for a defensive back and if he ever gets the chance he could make some noise as a starting safety.

Jones is likely going to be a free safety in the NFL but he may need to earn his way into that role by showing he can be a special teams contributor. It’s very intriguing the Rams scheduled a visit with a 6-foot-3 free safety to start off a long process of scheduling visits. Does Wade Phillips want a lot of size in the back end of the secondary? It sure could be the case with Jones.

Here is Jones’ highlight tape for your viewing pleasure: 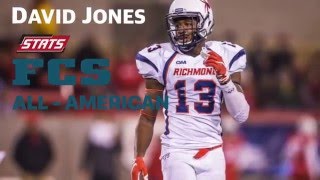