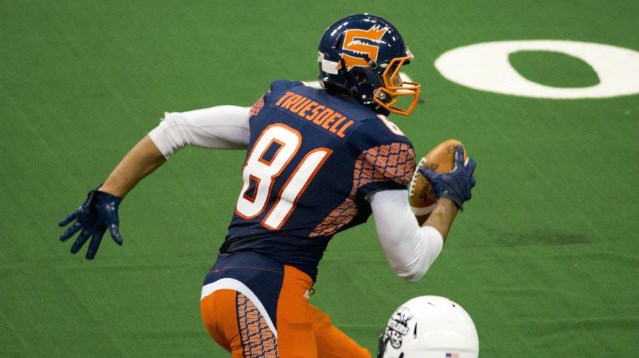 Free agency isn’t over yet . . . The Rams are still interested in adding some WR help and it could come from a former NFL reject and now arena football star.

Well, Truesdell is looking to find a home in the NFL and stay there now. He just went to the NFL veteran combine and ran a forty-yard dash time of 4.47 which is really good but what is impressive is the fact he did it at 6-foot-6 and 252 pounds. He didn’t just win over teams with his speed however, he apparently was impressive in multiple drills according to Damon Talbot owner of Draft Diamonds . 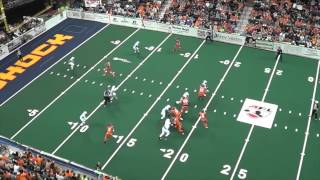 Truesdell has since received offers from the Tennessee Titans, New York Giants, Indianapolis Colts, Atlanta Falcons, Minnesota Vikings, Cincinnati Bengals, New York Jets, Oakland Raiders and the Rams. He is likely to decide soon but what is important is the fact the Rams are interested in a big bodied receiver, that kind of tips us in a direction of where the Rams might go in the draft. We already knew that the Rams wanted to target receivers early in the draft but this is starting to make it clear the Rams want size at the position.

Les Snead had this to say in a recent interview. Could Truesdell be a puzzle piece?

We will let you know how this shakes out but as of right now the Rams are in the market for a big bodied WR and that could mean something for the draft. As for Truesdell? This could be an intriguing option for the future in Los Angeles.