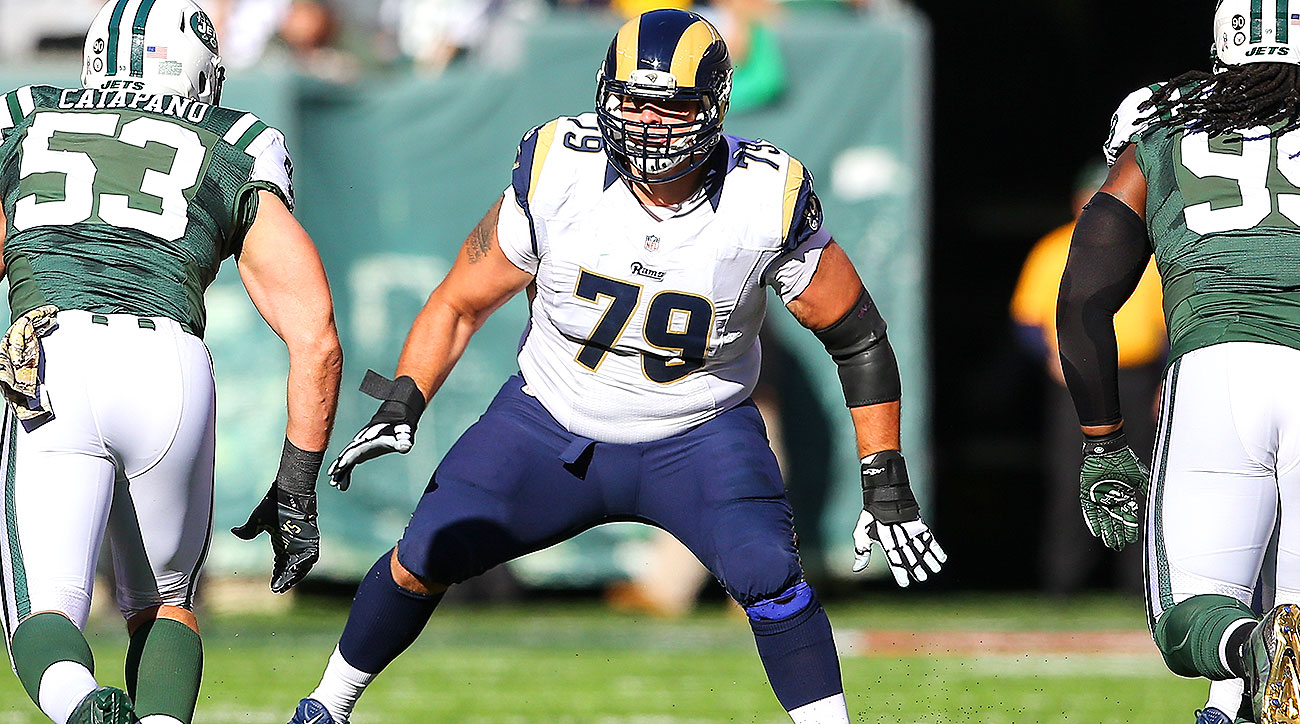 It looks like Rob Havenstein will officially kick inside at guard for the Los Angeles Rams 2017 campaign according to Les Snead.

Havenstein, a former second round pick out of the University of Wisconsin has had a solid career thus far. It looks like with new offensive line coach Aaron Kromer in the fray the Rams are looking to follow his steps. Kromer likes having big and lumbering guards on his offensive line so this shouldn’t come to much of a surprise seeing who he has had at guard in the past.

This move is a little bit shocking since it sounded like Robinson would compete with Havenstein at right tackle. Now, it seems to be a foregone conclusion the Rams want Greg Robinson starting next to Havenstein and to be quite honest, I don’t tihnk that’s a bad idea. Havenstein’s production will likely be maximized inside and he’s a guy who is an exceptional run blocker so putting him inside will likely help RB Todd Gurley on inside runs unlike last year.

With new personnel comes new players and new moves, it seems like the coaching staff is treading lightly on the front of offensive line. There is some serious back end potential in G Jamon Brown, OT Pace Murphy, G Andrew Donnal, G Cody Wichmann and C Demetrius Rhaney. One has to think the odds are high that with this new coaching staff one or at least two of the bench lineman will develop into quality starters.

What does this mean moving into the draft?

I will be completely honest with you in the fact I don’t think it means much. This is a move that was rumored to happen and all Havenstein does is add great size inside at guard. The Rams pretty much have four starters if Robinson can develop, so in this writer’s personal opinion the Rams only need a center and maybe another developmental tackle in case Robinson doesn’t move back to left tackle after Whitworth’s time with the Rams ends. I really like Rhaney and think he can develop into a starter like Kromer did with RFA target Ryan Groy.

Overall, with my respect for Rhaney I feel as though maybe the Rams should just focus on cross training Jamon Brown and Cody Wichmann at center and then focus on drafting a mid-to-late round pick like Cameron Tom of Southern Miss, Kyle Fuller of Baylor or Jon Toth of Kentucky. This way it will likely be an open competition and will give some serious depth for the Rams at a position they have lacked depth at over the last decade.

What are your thoughts on the Havenstein move to guard? Sound off below!