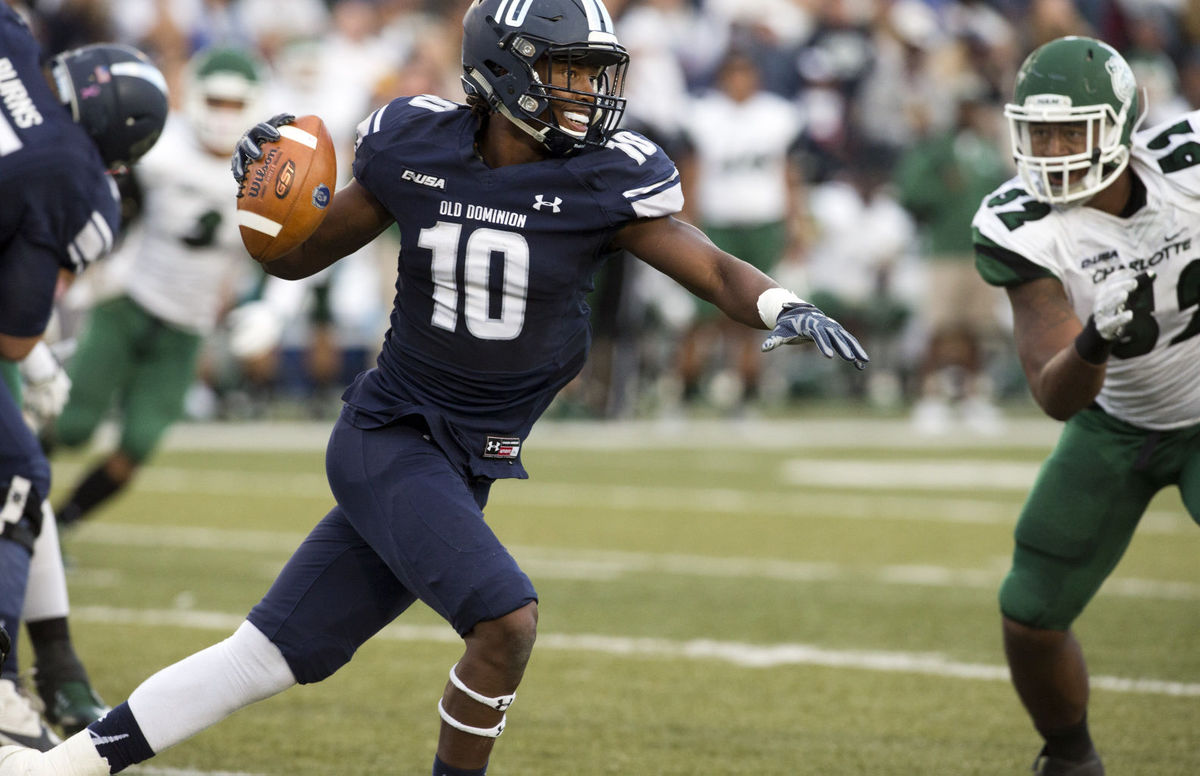 As the NFL Draft approaches we hear names like Mitchell Trubisky and Deshaun Watson more than anyone but seeing as the Rams already have their hopeful future franchise QB in Jared Goff, it’s time to look more later on in the draft for future insurance and a guy the Rams can develop to backup Goff. Here are five quarterbacks you may have never heard of before that the Rams should look at later in the draft. 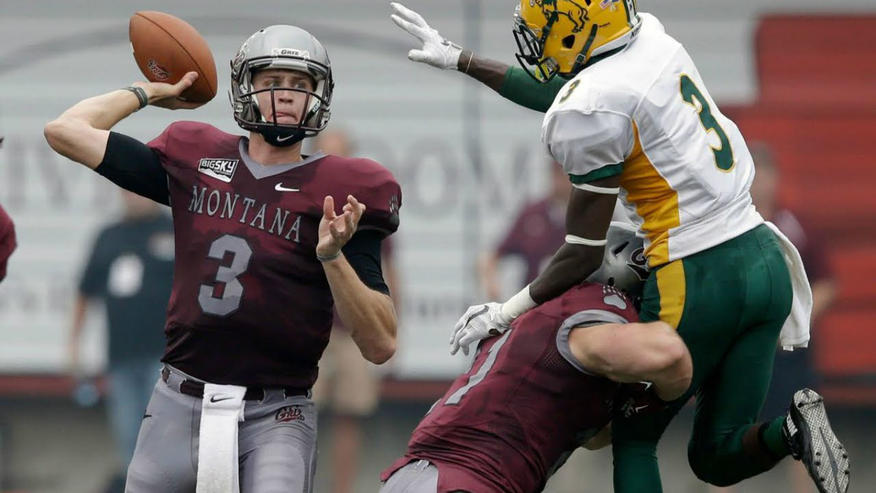 Gustafson has great size. He possesses quite the arm and can put the ball in tight spaces with ease. One thing that is admired about Gustafson’s game is his mobility and he uses it well and when he needs to. He’s not the next Carson Wentz like everyone may have wanted to call him back early in the year, but this kid clearly has some talent and potential to grow into a starter in the NFL.

Why is he a later round developmental guy? For starters, he needs to get better at driving the ball and stepping into his throw. He has had some durability concerns in his career and obviously is far away from a finished product. The coaching staff for any team will be able to work with this kid as he just understands passing concepts and next level type of play calling.

The Rams could set the tone in the McVay era early with a draft pick spent on the Montana kid. Gustafson in some regards is like a Philip Rivers type of QB, he has a long road ahead of him but he possesses tools to start in the NFL some day. 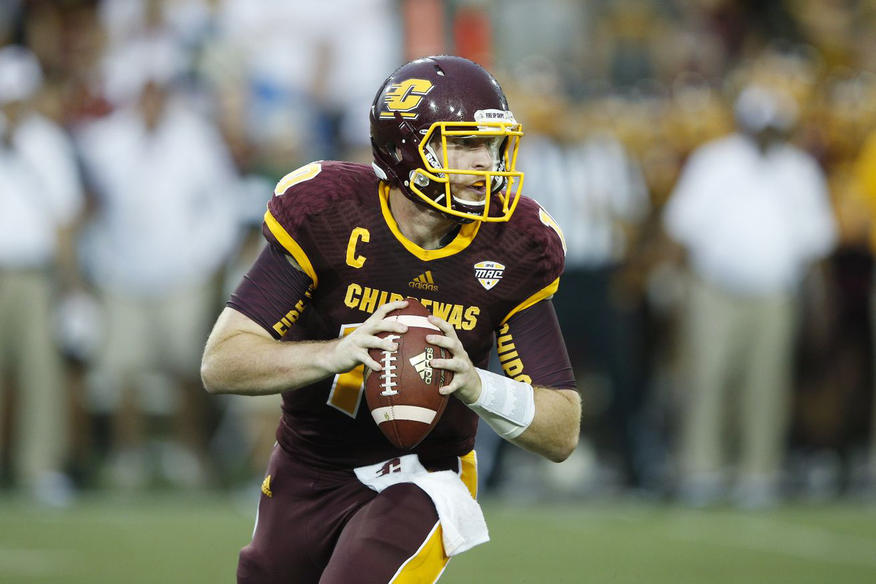 This player just gives me chills when I watch him on film. He is every meaning of the word “gamer”. Cooper Rush is just that guy who you can’t help but root for and why is that? He just continues to grind through any situation. Watch his tape versus Oklahoma State, Rush and his team just wouldn’t go away in that game. Rush had zero protection and was getting drilled just about every play but he would hang in the pocket and deliver strikes to keep them close. At the end of that game for those of you who don’t remember or know, Rush through a last second hail mary that he placed perfectly into his intended target’s hands for him to lateral it to another WR and score the game winning touchdown.

Rush has instincts and his arm is vastly underrated in my honest opinion. This guy isn’t the sexy name on paper but he is a guy that will run through a wall to win a football game for you, he’s a true leader and had former Western Michigan HC P.J. Fleck raving about him. Rush may actually be the most NFL ready in a sense he can come in having already played in a pro style offense and run an offense.

With the Rams, Rush would be a high character guy with impressive traits to bring in to battle Sean Mannion and Aaron Murray for the backup QB job to Jared Goff. Cooper Rush’s only real issue is his ability to overthink his reads and in that aspect he’s very similar to former seventh overall pick by the Rams Ryan Fitzpatrick. We will see where Rush goes but he would be a nice addition for the Rams in the late portion of the draft. 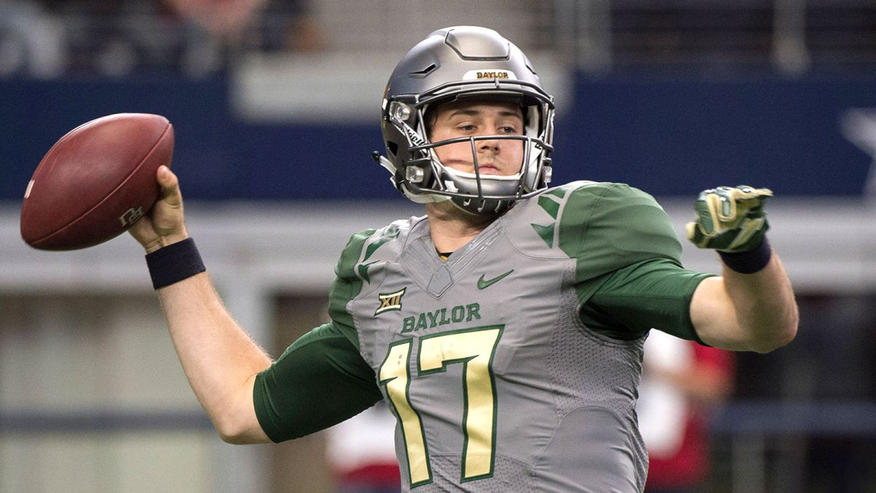 It’s not really about what Seth Russell can do but rather what he can’t do. Russell at one point looked like a top QB in college. However, he was bit badly by the injury bug which derailed him and his stock from NFL stardom. Russell is a good developmental option because the injuries with him likely pushes him way further down than he should be.

Russell is extremely athletic and he could be a threat as a dual threat backup QB behind Goff. Having that athleticism could make him a real threat to knock Mannion and Murray off the backup spot to Goff. One thing that can’t be forgotten is his really big arm that could strengthen his ceiling for the next level.

Torgersen is the obvious draft and stash type of player. He didn’t play in anywhere near an NFL pro style offense so he will need to get used to the speed of the game and being under center. Torgersen also will have to adjust to the NFL and realize he can’t be staring at his coaches for line shifts among other things. Torgersen will hold onto the ball to long as well and lack the aggressiveness to be an NFL QB.

One great thing about his game is his ability to naturally throw a deep ball with the touch on the pass to make it look so easy and yet so effective. He has the ability to make those bucket throws but he’s really a work in progress with how raw his understanding of the game is.

The Rams could use a guy like this as possibly a practice squad contributor. It may take time but Torgersen could be a starter in the NFL some day if he is properly developed. 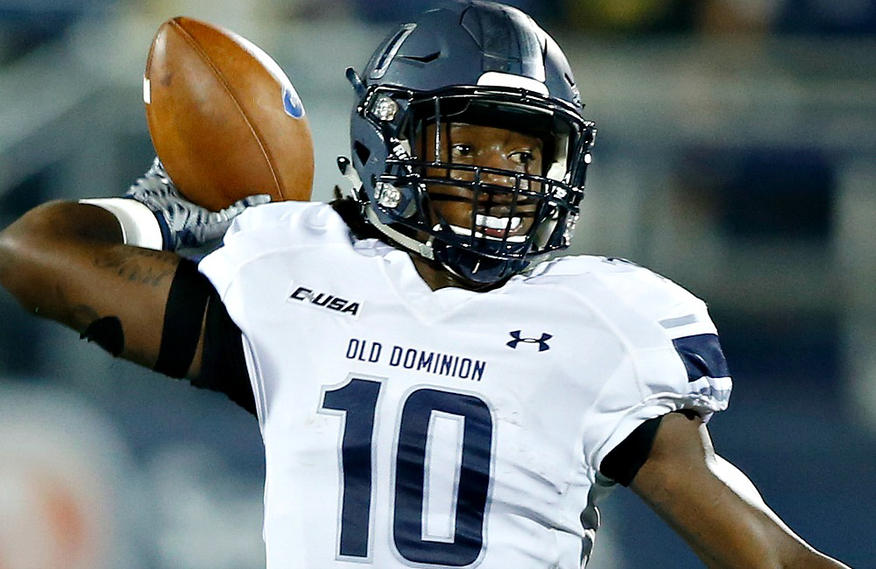 Last but not least is the cover guy David Washington from Old Dominion University. Washington is the QB that has been throwing to combine standout Zach Pascal and he was the successor to a QB in the NFL right now in Taylor Heinicke. Washington actually came into college as a QB but switched to play WR when Heinicke was the signal caller.

Washington showed the ability to take over as a leader and a game breaker with his pocket mobility. Washington obviously has a lot to work on otherwise he wouldn’t be talked about going late in the draft. However, there is a lot already there for Washington to take a good look at and identify a plan to developing this young quarterback.

He has unique ball placement and accuracy that could really bode well for him as far as the future goes. Washington to go with that has ability to quickly process plays and make quick reads and decisions. He has underrated deep ball skills and the ability to throw picture perfect lob end zone fade in the corner. Washington’s tape against NC State is really what stood out to me and I think if people are calling Mitchell Trubisky a first round talent then Washington is a fourth or third. Washington honestly looks more impressive than the majority of this class at times. He can get a little erratic at times but when he’s calm, cool and collective he looks like a future NFL starting QB.

This guy right here might be the best option for the Rams seeing as no one really is talking about him. Washington could literally go in the seventh round or even undrafted he’s that underrated. He would thrive in a scheme that relied on timing routes and gave him the ability to showcase his ball placement and quick decisiveness. Rams HC Sean McVay’s offensive scheme would fit David Washington like a glove.

These are my five late round quarterbacks, did I miss anyone you felt should have been mentioned? Let us know by sounding off below!