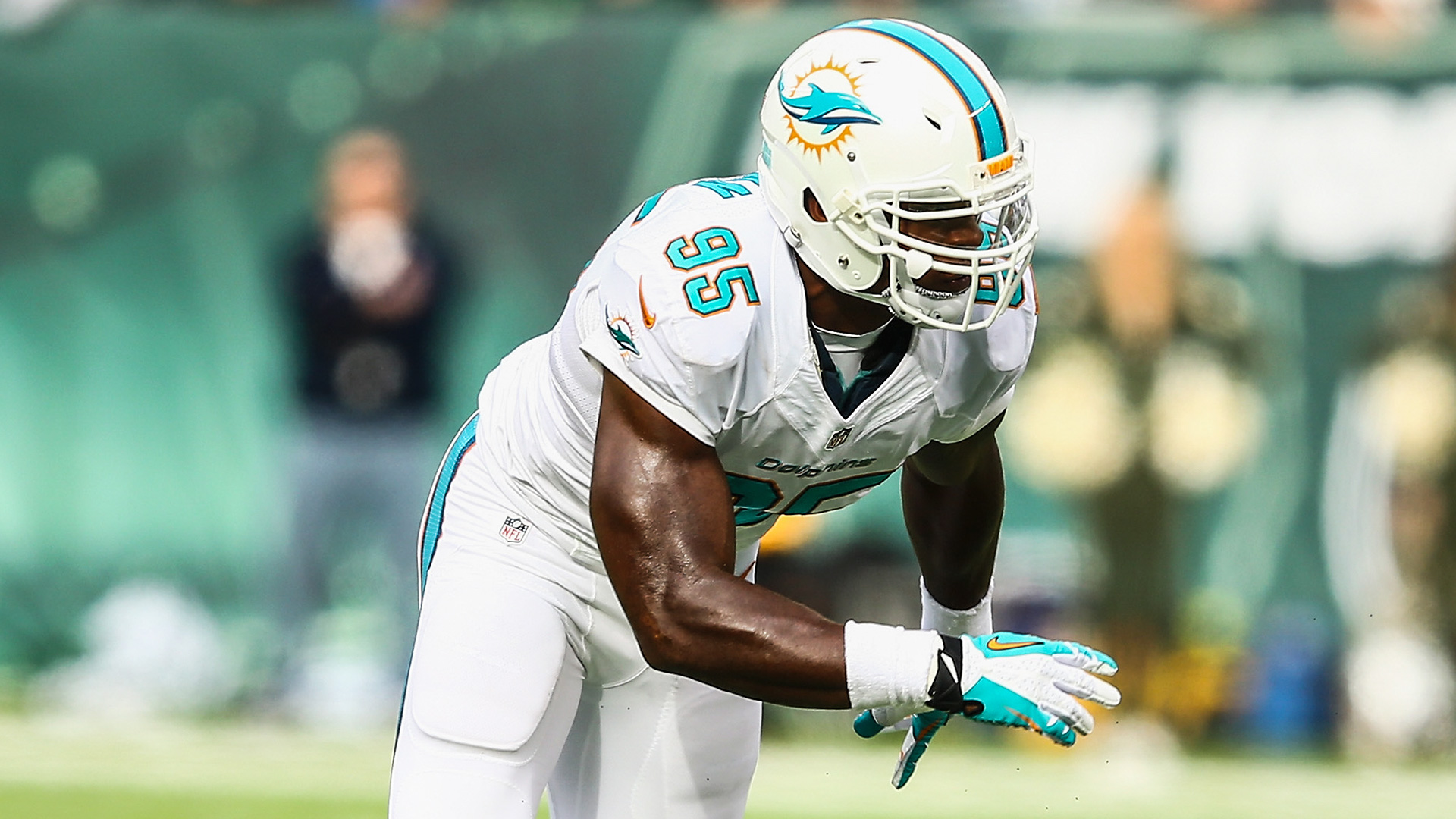 The Miami Dolphins are reportedly going to cut ties with their former 2013 third overall pick Dion Jordan. Could a change of scenery help the disgruntled pass rusher?

The Los Angeles Rams are going through a scheme change with new defensive coordinator Wade Phillips and because of it they now lack 3-4 outside linebacker depth. With Jordan likely to be cut the Rams may have to give him a chance. Why you may ask? The Rams have two starters on the outside with Robert Quinn and newly signed Connor Barwin but after those two…there is not much. Ethan Westbrooks is likely to be part of a rotation but outside of the that it would likely be a question mark after that. The questions to ask are: “Where does Josh Forrest fit?” and “Is there anyone else that will play on the outside?”. If you can’t envision Forrest or anyone else on the roster helping out on the outside then it is time to find someone.

That someone is Dion Jordan. Jordan again, disgruntled and has been a huge disappointment. However, I believe the 27-year old just needs a change of scenery and a great coach like Phillips. I had Jordan in my prediction to go to the Rams before the off-season even began and it just makes too much sense. Remember when the Rams signed a first-rounder that had some character issues and disappointment? That ended up paying off big time last season with Dominique Easley. Easley is a player who was brought in on a minimum deal to be a rotational defensive tackle. He ended up having a great year so he was brought back and will likely start as a defensive end in Phillips system. Jordan would likely be aiming to do the same, I’m not saying he should receive a huge deal but I am saying giving him a veteran minimum “prove-it” deal makes a lot of sense.

Jordan has some bigger red flags than Easley which could be the reason for not bringing him in. First off Jordan hasn’t played since 2014. He’s had some attitude problems and has been hit with substance abuse policy suspensions. However, it’s real simple you give Jordan a non-guaranteed prove-it deal and you bring him into camp. When players have situations like Jordan they give all the leverage to the team that is interested in them, there wouldn’t be negotiation with Jordan. He would either agree to come in and play for no money and on a prove it deal or he wouldn’t because no one in the league is going to pay him more than the veteran minimum.

This is likely the last chance for Jordan, if he can’t receive a wake up call, he will likely be done in the NFL. He has the talent and monster size (6-foot-6. 275 pound) that doesn’t make it easy to pass up on. His next NFL team would likely ask him to shred ten pounds since he would be more of a tweener at that weight. If Jordan were to take this last chance seriously he could be the future starting outside linebacker for the Rams.

What are your thoughts Rams fans? Sound off below!