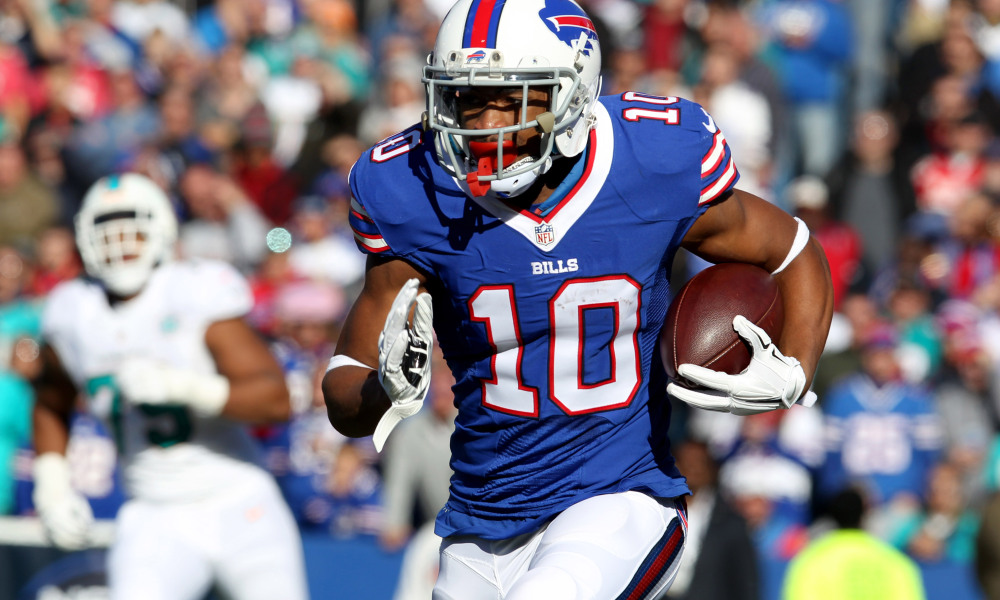 Last week, the Los Angeles Rams signed wide receiver Robert Woods. While not the flashiest of signings, in the end it was an improvement over what the Rams had. After losing Kenny Britt, the team desperately needed a wide receiver.

Woods has upside with a small drop percentage rate, he’s just 24 years old, and against NFC West opponents last season, the former Bills receiver had 27 receptions for 257 yards and a touchdown.

With that said, while impressive thus far for a young head coach, the Robert Woods signing is the first failure of the Sean McVay era. For the first time since coming to L.A., McVay wasn’t able to get his guys to follow him and in the end, he and Snead panicked by overpaying an average number two receiver at best.

All offseason prior to free agency, it was thought of as almost a given that Pierre Garcon or Desean Jackson would follow their former offensive coordinator to the Rams. After losing Britt, the Rams would need a veteran presence and a number one receiver to replace him and Garcon or Jackson would fit the bill.

Neither came to LA and at the end of the day the Rams were left with Bradley Marquez, Nelson Spruce, Tavon Austin, Pharoh Cooper, Paul McRoberts, and Mike Thomas as their wide receivers. Of which, they had combined 695 yards last season. Woods may be an improvement, but that’s really not saying much considering what the Rams have on the roster.

Garcon on the other hand received a five year contract from the 49ers worth up to $47-million. While he will get up to $16-million in the first year, it is essentially a deal worth $9-million per year with room to release him after the first two years.

Jackson also signed a three year deal worth up to $35-million. The former Washington deep threat was more expensive, but once again, would have been a veteran presence that the Rams desperately need in their receiver group.

When he first came to LA, Jeff Fisher brought in guys like Cortland Finnegan, William Hayes, Kenny Britt, and Jared Cook. These are guys that knew Fisher and knew what he wanted to do.

Did it work out? No. However, several new head coaches do this. Kyle Shanahan brought in Brian Hoyer because he knows the system from their time in Cleveland.

It’s important to have veteran players that know the head coach’s system and the culture that they want to build. Right now, McVay doesn’t have that. Having someone like Garcon to help guys like Jared Goff with the offense and help the young receivers would have been greatly beneficial.

McVay was able to bring coaches like Joe Barry and Shane Waldron from Washington to help on the offensive and defensive side of the ball. Not to mention get coaches like Matt LeFleur and Wade Phillips to head the offense and defense.

However, having that veteran presence in the locker room and someone who knows the system from a players perspective is just as important as getting the right coaches.

Garcon’s contract isn’t crazy for a 30-year old wide receiver. The first year makes it look worse than it is. Essentially it’s a 3-year deal with a big first year.

Instead the Rams gave Woods, a 24-year old average number two receiver in Buffalo. The former USC receiver signed a five year deal worth $39-million which averages out to around $8-million per year.

This is a receiver that has never accumulated 700 receiving yards or more than five touchdowns in a season. Woods had just 10 more receptions and 49 more yards than Brian Quick with the Rams yet is getting just $1-million less than Garcon who amassed 1,000 yards last year and $2-million more than Terrell Pryor who also eclipsed 1,000 yards.

You can look at the quarterbacks that Woods has played with and blame his low receiving yards on that and that he was overshadowed by Sammy Watkins.

EJ Manuel and Tyrod Taylor are either about the same, if not better than Goff. The number one overall pick had the worst QBR in the NFL by far last season. That’s not going to help Woods by any means.

In the seven games that Watkins was hurt last year, Woods averaged just 66 yards per game and taking away his 162 yard performance against the Seahawks, he averaged just 50.

This wreaks of a panic move as they clearly overpaid for a receiver who, while young, hasn’t proved he can be anything more than a number two.

Yet, many fans are overjoyed and are expecting Woods to jump in to the number one role when he simply isn’t that. Had it been Brian Quick who got this deal, fans would have been furious.

The Rams have $18-million invested in their top two receivers and neither have ever eclipsed the 700 yard mark let alone 1,000 yards in their career.

Austin and Woods found the end zone a combined five times last season, one by Woods. For an offense that ranked dead last in scoring, paying $18-million for receivers who don’t score and can’t create separation, seems like a poor investment.

Only time will tell what type of receiver Woods will become. However, being unable to bring in a veteran receiver like Garcon and then panicking for Woods, looks like it could be the first failure of the McVay era.