Star CB draft prospect Sidney Jones tears Achilles, could he be a steal for Rams later in the draft? 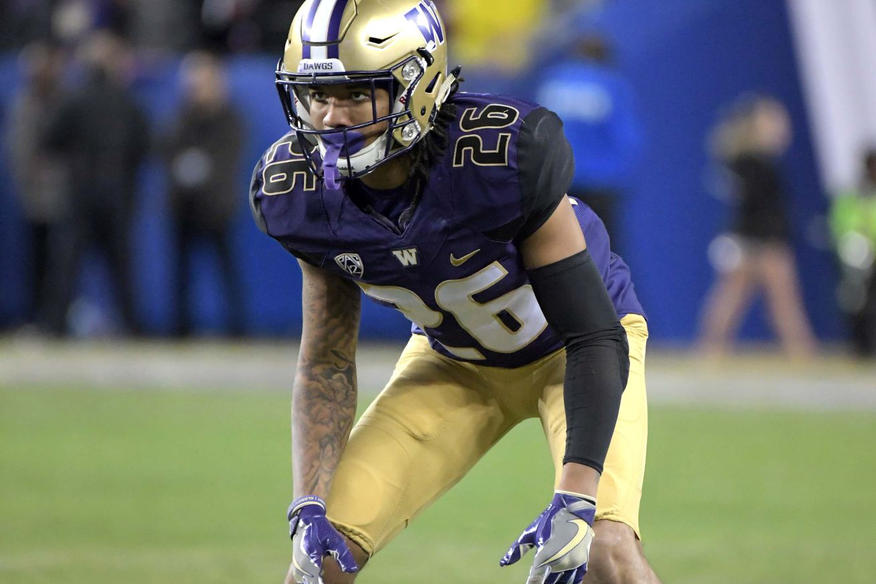 Washington had their pro day today and with all sorts of scouts around Sidney Jones ended up being carted off with a leg injury that was later confirmed as a torn Achilles. This is a huge blow to Jones, Washington football, the NFL and the draft community. It’s honestly one of the most terrible pre-draft experiences we have seen in recent memory.

Jones had himself gliding his way to be a first round pick. The 6-foot and 186 pound corner was flying up draft boards after impressing late into the 2016-17 season and at the NFL scouting combine. Jones is considered that of a shut-down cornerback. Many including myself compare him to former Washington Husky CB Marcus Peters without any doubt of character.

There is an obvious hit that he will take on draft night due to this injury and it’s quite honestly very unfortunate. Many including myself again, will blame the over-zealous amount of pre-draft workouts. The training and workouts that these prospects already do behind the scenes is strenuous by itself. Let alone the fact they have to basically take part in pro day and combine workouts for the scouts.

I expect Jones to be a fourth-round pick now. If this injury happened in the season I think he would have been higher but since it happened so close to the draft it’s likely whoever drafts this talented player will need to “redshirt” him by having him sit out his entire rookie season to get back to speed. Achilles injuries are better than ACL’s because the recovery time is two-three months quicker so Jones may not plummet as far as he may have with a torn ACL. Regardless, there are plenty of teams out there that could use such a great young performer in Jones.

The Rams have some serious question marks at cornerback and because of this they might be the best team for Sidney Jones. The Rams have cornerbacks Trumaine Johnson, E.J. Gaines, Mike Jordan, LaMarcus Joyner, Blake Countess, Troy Hil, Kevin Peterson and Kevin Short. They are expected to ink former Bronco CB Kayvon Webster to a deal and that would likely leave them with enough talent including the possibility of another CB drafted earlier on to allow Jones to sit out the full season. There are players like Mike Jordan and Blake Countess that flashed potential but will need time to show the coaching staff if they belong moving forward. Especially with Johnson possibly being traded Jones may need to be the No.1 CB in the future. The Rams will need to pull the trigger on Jones if he’s there in the fourth round.