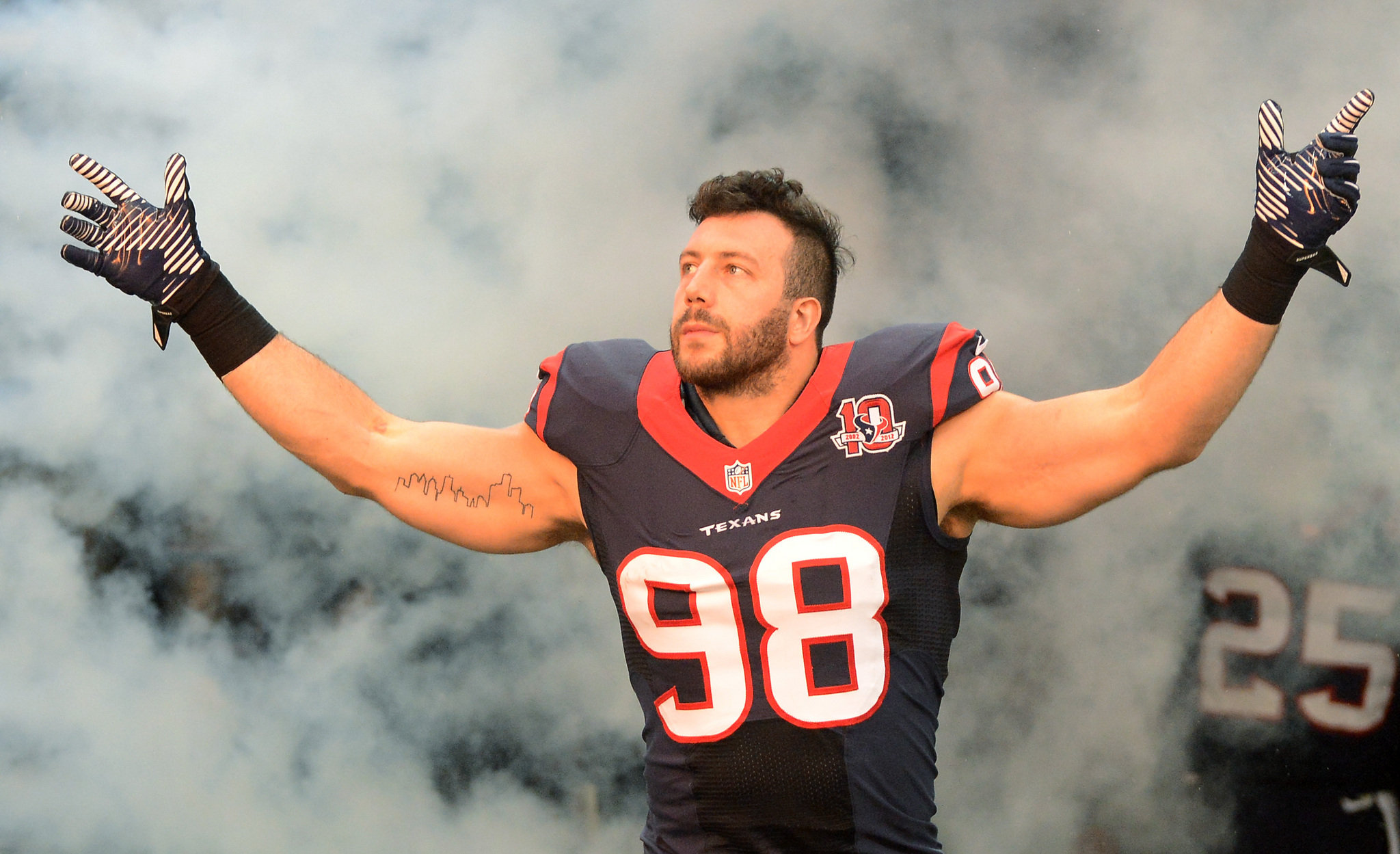 The Rams cut two veteran player from the Spagnuolo era and they also sent DE William Hayes to Miami. Now, that they have created 17 million dollars in cap space here are five players I believe you should look out for as possible Rams. 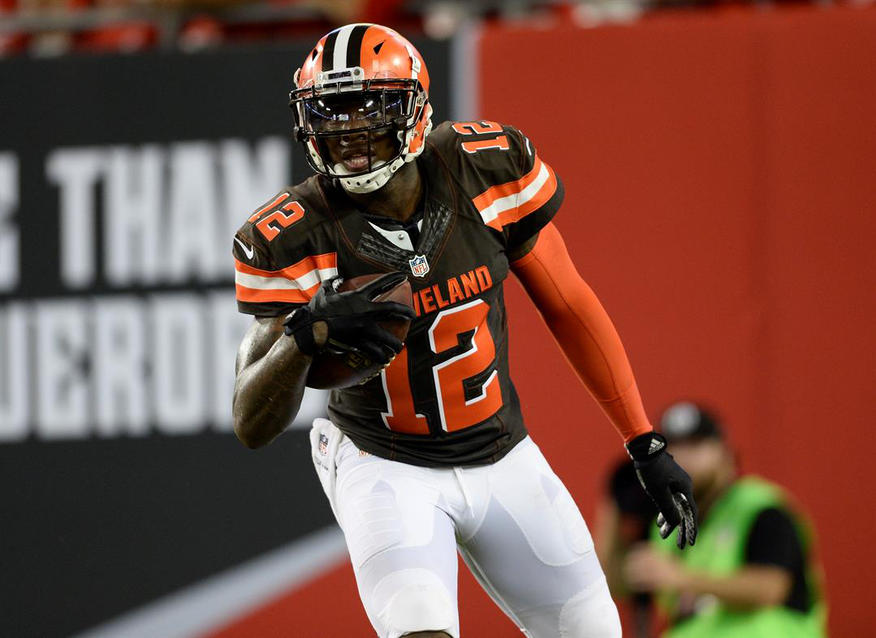 Josh Gordon is considered as a 50/50 guy for many fans. He obviously possesses game-breaking superstar talent, but he can’t seem to stay out of league trouble. That to me doesn’t hurt so bad considering it’s nothing extreme like for instance domestic violence. But going now into the football reason to sign him it’s pretty obvious. He’s had 2,754 yards, 14 touchdowns and 161 receptions in only 32 games as a starter. Gordon brings a giant frame to the table that Jared Goff will not have in 2017 at the moment. Brian Quick and Kenny Britt were both his starters at 6-foot-3 and now his starter’s are looking at all being less than 6-foot-1.

Gordon had time away from football as he missed almost all of 2014 and the entire 2015 season but it was impressive the way he came back in 2016 during the preseason and showed off his dynamic play-making ability. I don’t think Gordon has lost a step, I could be wrong but he’s staying in tip top shape and working everyday to stay that way and improve. This would be one of the best feel good stories similar to a Josh Hamilton type of story for football (until he relapsed down the road). Gordon would also likely come real cheap for the Rams and at 25 years old he and Robert Woods would be able to grow together as the starting WR’s for the Rams. This seems like a no-brainer, the Rams have been quiet recently, Josh Gordon has remained quiet and the Rams have been linked to Gordon in the past so there is a chance a move could come with his future in Cleveland uncertain. 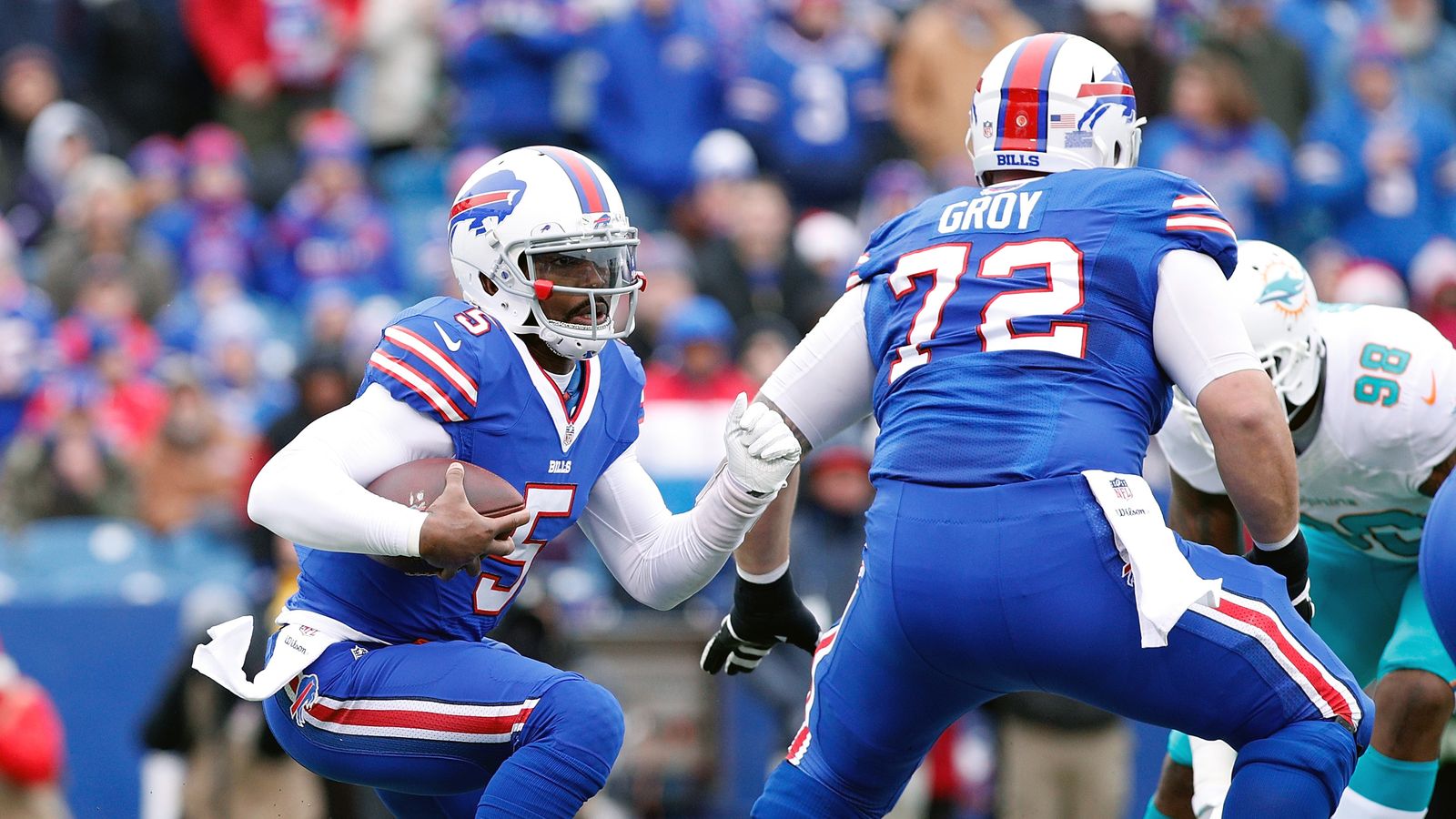 The Rams already signed one Buffalo Bill with a connection to offensive line coach Aaron Kromer. Could they sign another? I believe that would be a yes, and it would be a signing that would fill a hole in the Rams offensive-line. Ryan Groy is a restricted free agent the Bills didn’t exactly “restrict” all that well. Groy is generating more interest than apparently the Bills expected. They gave Groy the lowest tender and now they are going to have to match a decent contract. Groy is a young center that was moved there after Eric Wood was injured. Groy really had a good season in at center for Kromer and he’s even been with Kromer for two teams already. Back when Kromer was in Chicago so was Groy as an undrafted free agent.

Groy is that non big name signing many will laugh at but if the Rams sign Groy they might be onto something. Pro Football Focus actually ranked Groy nine spots higher than the veteran Eric Wood.

Look for this to be a route the Rams go on top of cross training their guards to play center like Sean McVay mentioned in his recent press conference. 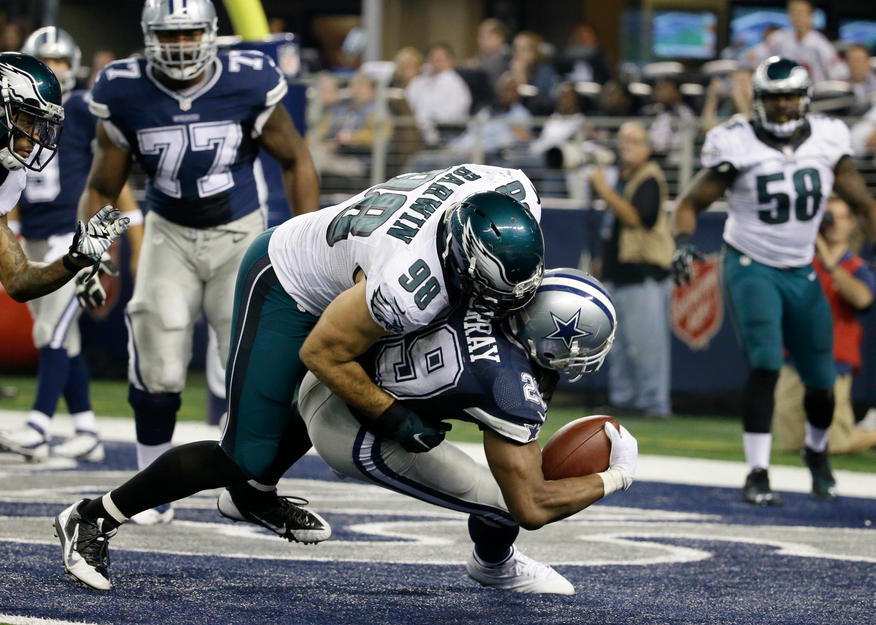 The fit is that of a no-brainer Connor Barwin brings a level of veteran leadership to add to the young Rams but on top of it he fills a serious need and fits Wade Phillips system. Barwin played with Wade in Houston and he racked up 14.5 sacks during his two seasons with him. Barwin went through a scheme change in Philadelphia this past year and his production took a hit because of it. He’s only 30 years old but he would likely be a stop gap at the other edge spot across from Robert Quinn.

Barwin has been inconsistent and because of it he is likely to have low price tag that the Rams should definitely pounce on if they can. 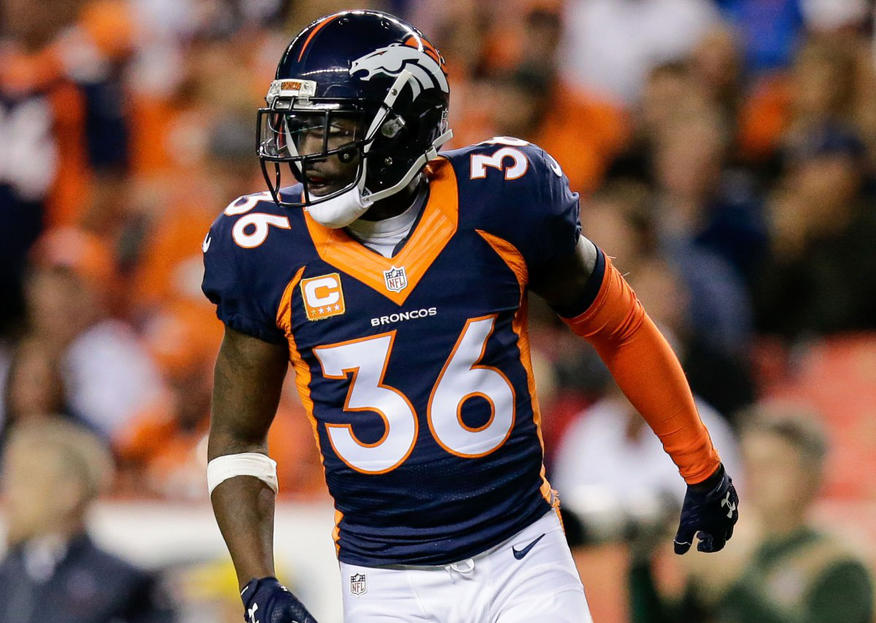 This could be a steal of a signing for the Rams and perhaps they know that seeings as they are interested in him. Kayvon Webster played under Wade Phillips but even more is the fact he’s loved by his teammates who have openly endorsed him as a future starter in the NFL, he’s a great leader and a fierce special teams contributor but most importantly he was named one of the exclusive captains by his teammates. Looking at Webster’s stats is pointless when you realize he’s been behind CB’s Aqib Talib, Chris Harris Jr, and Bradley Roby. Webster has a serious chance to be the next A.J. Bouye like story but luckily for the Rams, they can sign him to a multi-year deal and not end up like the Texans did with Bouye.

Webster would likely compete for either an outside cornerback spot or the slot cornerback position. He is familiar with Phillips defense and that could bode well for him. This sounds like one of the most likely moves for the Rams to make and we will soon see if they pull the trigger. I would expect Kayvon Webster to be a Ram in 2017. 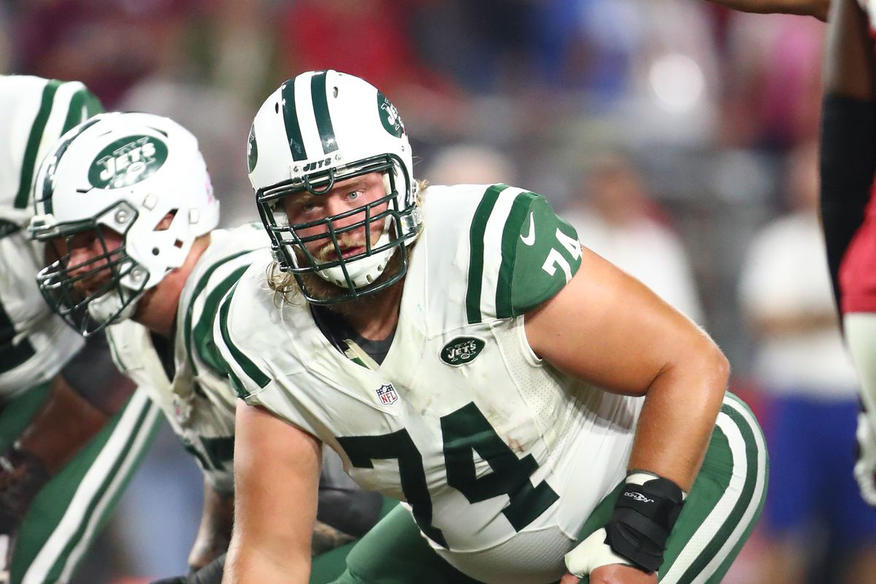 I have received the feeling the Rams want to target veterans in particular this off-season and I think Mangold would be a good idea for the Rams. Mangold is older and he struggled this season but this was quite possibly the worst offensive line performance the Jets have had in recent memory so I don’t exactly pin that all on Mangold. Mangold may not be the elite center many know him as anymore but he’s still a quality leader and he still can play center in the NFL at a good level.

As mentioned, there is a chance the Rams would sign Ryan Groy but depending on Mangold’s asking price the Rams could easily bring in Mangold on a one-year deal to start and then move onto Groy either during the season if Mangold doesn’t pan out or after Mangold’s contract expired. As much of a step back Mangold has taken there is no way he would be worse than Tim Barnes or Scott Wells were with the Rams. 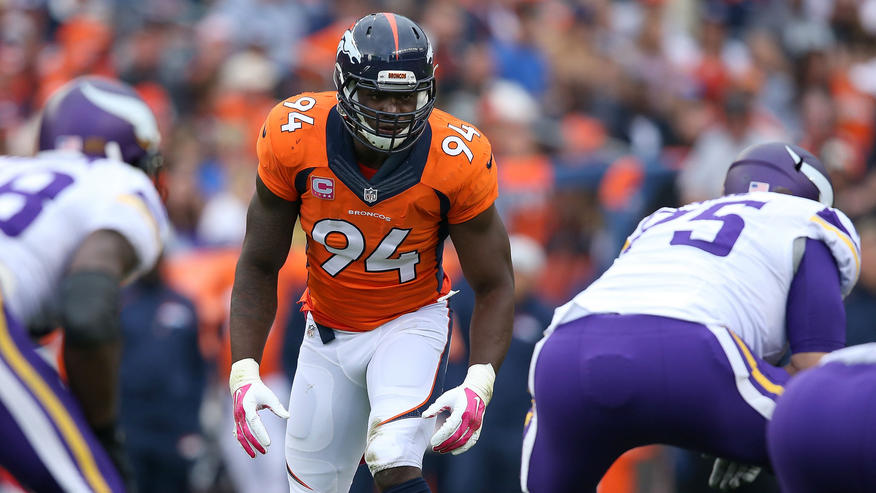 There is an obvious connection with Ware and Phillips but could it be enough to bring him to Los Angeles? That, I don’t know. What I do know is that Ware has been with Phillips going back to his days with the Dallas Cowboys. Everyone is talking about a reunion with the Cowboys, but in reality who is he reuniting with outside of the organization? He left to go with the coach they fired in Phillips. Reuniting for Ware would be with Phillips in Los Angeles. He lined up across from star edge rusher Von Miller but the Rams have a similar player in Robert Quinn.

Ware would likely sign a one year deal anywhere he went and the Rams would likely be okay with that seeing as they need an edge rusher across from Quinn. Ware has started to battle late career injuries which leads me to believe the former nine-time Pro Bowler could come cheap. Ware is another very good lockerroom guy that McVay continues to stress about getting those types of players. Just like the Bronco I mentioned above Ware was also a captain.

Star CB draft prospect Sidney Jones tears Achilles, could he be a steal for Rams later in the draft?