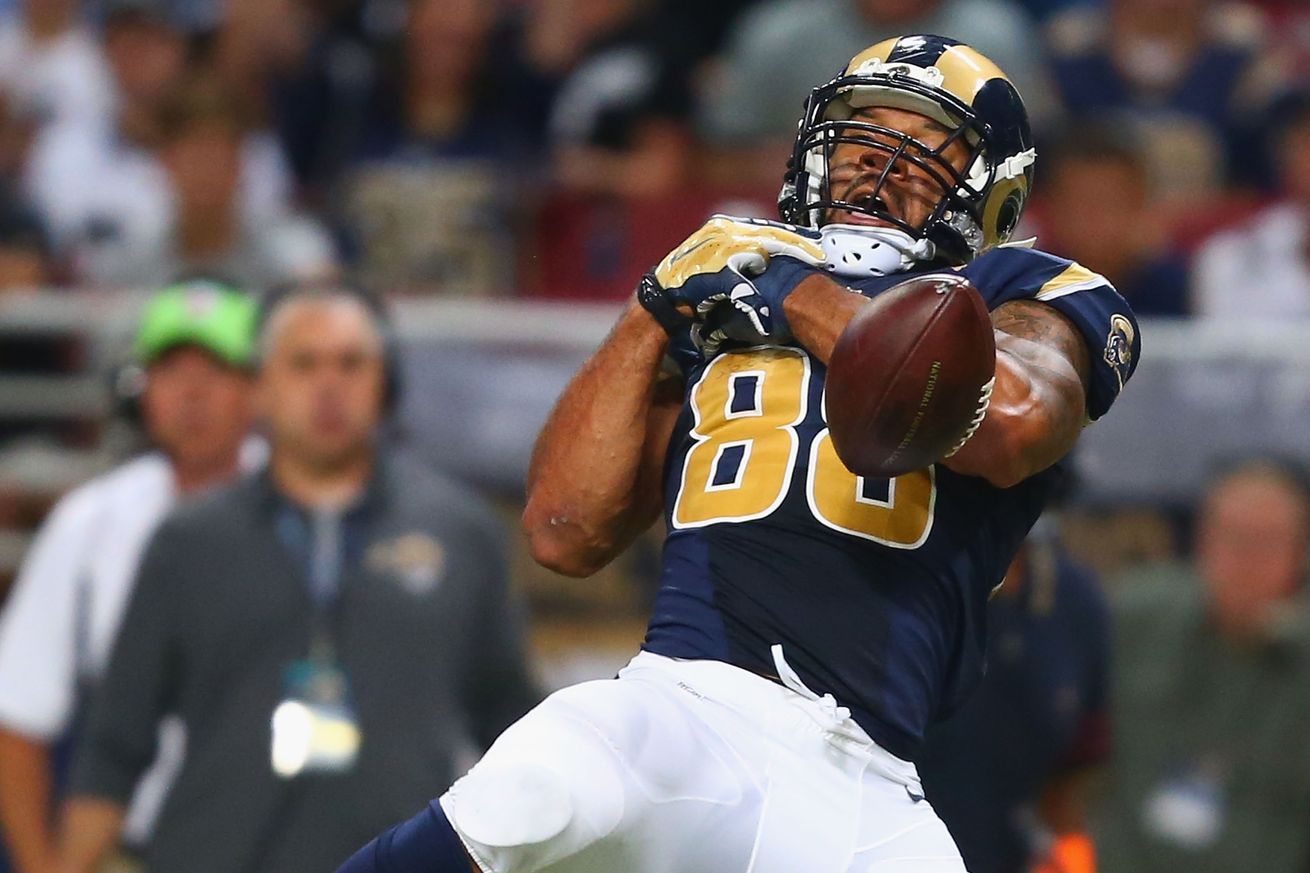 The Rams have made TE Lance Kendricks and DE Eugene Sims cap casualties at the start of the 2017 free agency. These moves come at an interesting time and bunched together this could mean the Rams have their sights set on a certain free agent.

Regardless, Kendricks and Sims were longer tenured Rams than most on the team. Sims was considered a fan favorite as the rotational defensive end that transferred over from the Steve Spagnuolo era. Lance Kendricks was another Spagnuolo era pick, both somehow survived Jeff Fisher’s roster turnover but they won’t survive another regime change.

Kendricks is a little surprising only because Head coach Sean McVay raved about him on multiple occasions and it sounded as though he would play the role that Vernon Davis played with the Redskins in his offense. The release of Kendricks saved the Rams just north of four million in cap space that they so desperately needed. Sims cap casualty results in about $2.5 million in free space. Both moves had to be made, they basically chose Rodger Saffold as the veteran possible cap casualty they wanted to keep over Lance Kendricks.

On the flip side of things now the Rams do need another rotational edge rusher and now the plate of second-year TE Tyler Higbee just became filled with workload. It’s up to the Rams to take this cap space and make something happen with it. As of right now I would expect the Rams are planning on signing newly-released EDGE Connor Barwin. Barwin played for Wade Phillips in Houston so the familiarity makes a lot of sense. Another Phillips geared signing would be free agent CB Kayvon Webster who played for Phillips in Denver.

Of course as we roll along through free agency, stay tuned and keep it right here with Downtown Rams. You can like us on Facebook and follow us on Twitter for all the latest news and updates on the Rams.