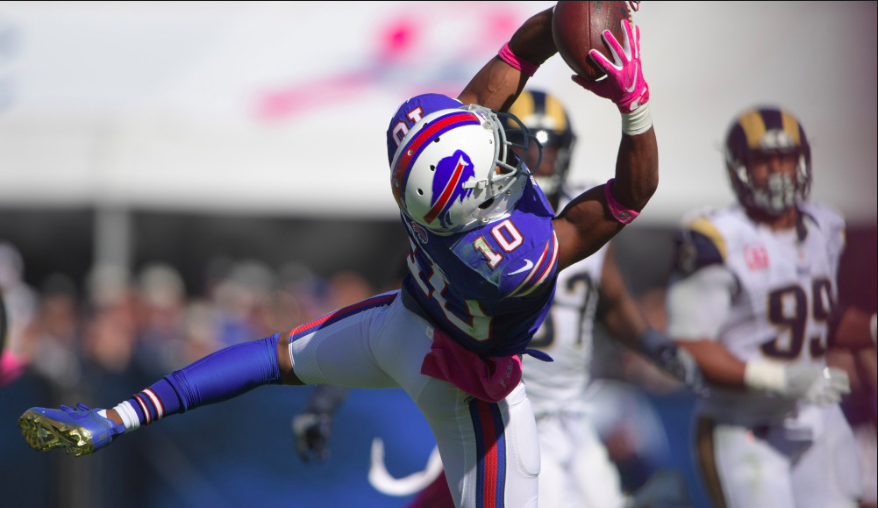 After letting both Kenny Britt and (bust) Brian Quick walk away, the Rams came up aggressively to sign former Buffalo Bills and former Trojan Robert Woods. Woods (24), a native Californian, is a former 2nd round pick from the 2013 NFL Draft. A solid reliable WR with good hands, can play both inside and out and usually dominates 2nd tier CB’s, still, Woods has yet to achieve a 1,000-yard season, and he might be poised to getting it as he immediately is the best WR in the team.

The Rams missed out on the likes of Pierre Garçon and Desean Jackson, both former Redskins WR’s coached by Sean McVay, and are not expected to put on a fight for either Bears Alshon Jeffery nor Browns Terrelle Pryor as they will come expensive and they don’t have much room to maneuver. Still think the Rams will keep adding playmakers at the position, as they are left with gadget WR Tavon Austin, Pharoh Cooper and ST ace Bradley Marquez as their most experienced guys.

Salary cap is not so wealthy right now as they’ve signed LT Andrew Withworth to a $36’000,000 contract and Trumaine Johnson to his second consecutive franchise tag worth around $16’000,000. The team is expected to make some cuts and contract restructures to make room for more, much needed, new additions.

The front office started the free agency making a statement, protect and give weapons to their, possible, franchise QB. So long, the regime change has shown flashes of improvement, even though they where left with a mess.