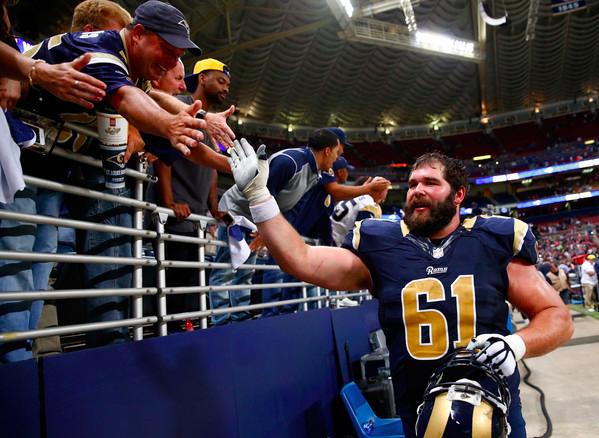 The Rams continue to remake the team, especially on offense, by releasing their starter at center for the last 2 seasons Tim Barnes.

The release was announced by his agent Matt Brei via twitter.

Barnes had a really good 2015 season, and made the huge plays, especially recovering 2 fumbles in 3 plays in the 4th quarter to clinch the game. But in 2016, the former Mizzou player had a major setback, being rated just above Cameron Erving (who was the worst ranked) at the C/G spot (via PFF).

This move will save the L.A. Rams around $3’000,000 in cap space, but they know have a whole in the middle of the OL which they have made a priority to remake, so that Gurley and Goff can get going in 2017.