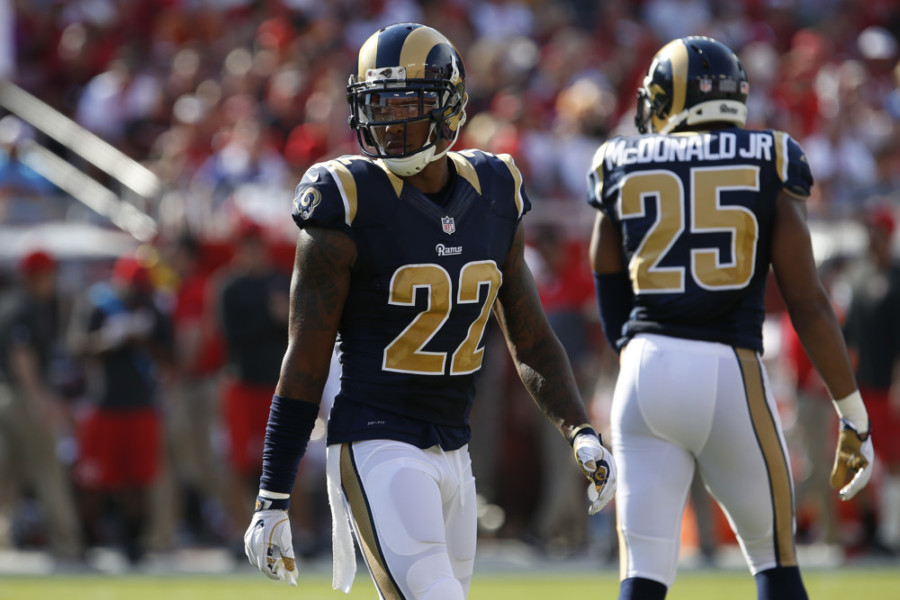 Recent rumors have been swirling about the Rams shopping their newly two-time franchise tagged cornerback Trumaine Johnson. Here are five trade ideas that might help make that come to fruition 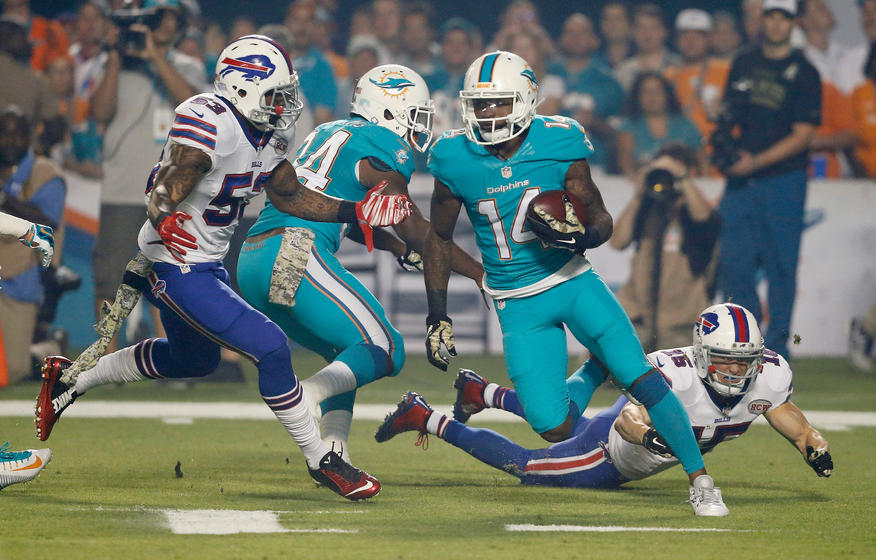 This move would help both teams a lot. Now, I know what you are thinking . . . Jarvis Landry is one of the best young wide receivers in the game and there is no way they would trade him away. Well, Landry is a free agent next season and his market value is upwards 14 million dollars and that’s with a class that is drying up with Antonio Brown staying with the Steelers long term and the possible extension of DeAndre Hopkins to stay in Houston. The Dolphins gave Kenny Stills a long term deal and have two drafted WR’s in Devante Parker and Leonte Carroo. Landry could be on his way out anyway and the Dolphins may need to get something now for him if that’s the case. Trumaine Johnson would step in and instantly fill the No.1 CB role that the Dolphins desperately need. Byron Maxwell had an uplifting season but he’s still better off playing off another CB. Rams obviously need a WR now as Kenny Britt and Brian Quick are pretty much considered goners in free agency. Downtown Rams’ own Blaine Grisak was first to bring this one up. 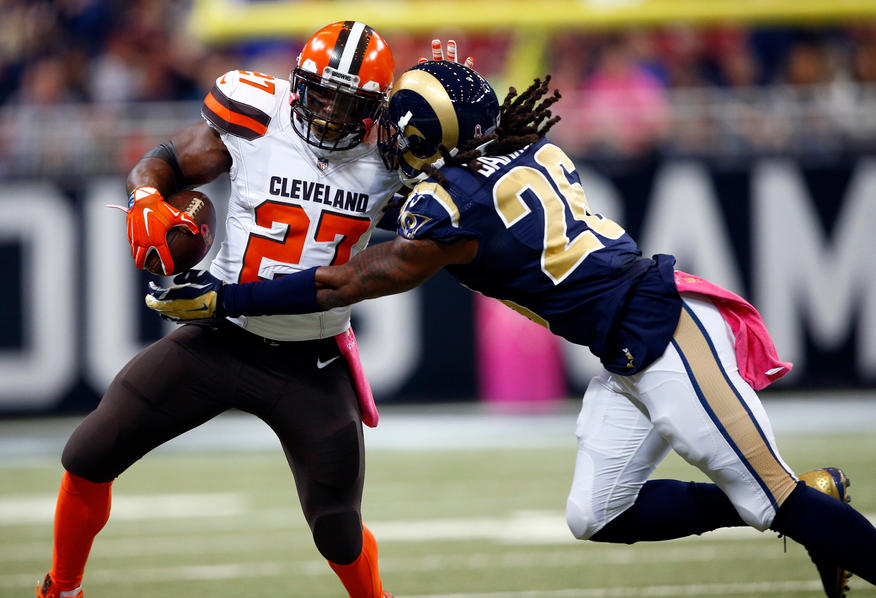 This is the move that is probably more “Madden” worthy but the Rams could realistically pull it off.  The Browns as many of you know by now hired the Rams ex-defensive coordinator Gregg Williams. Williams has reportedly eyed some of the Rams players from his past defense to come with him to Cleveland. One player that makes the most sense is Mark Barron. Williams really got the best out of Barron who is a converted linebacker. Williams used him as a hybrid safety/linebacker in more of a nickel and attacking 4-3 base defense. Barron was given serious money — nine million dollars annually. Well, now that Williams is no longer here it makes no sense to keep Barron at that price. With Johnson already being shopped, Barron with a ridiculous contract and a poor scheme fit and William Hayes as a veteran presence we haven’t really heard from since his father figure Jeff Fosjer was fired. The Rams could recoup more picks they lost in the deal for Jared Goff last year.

3. Rams get a day one pick: Green Bay Packers send their 29th overall pick to the LA Rams for CB Trumaine Johnson 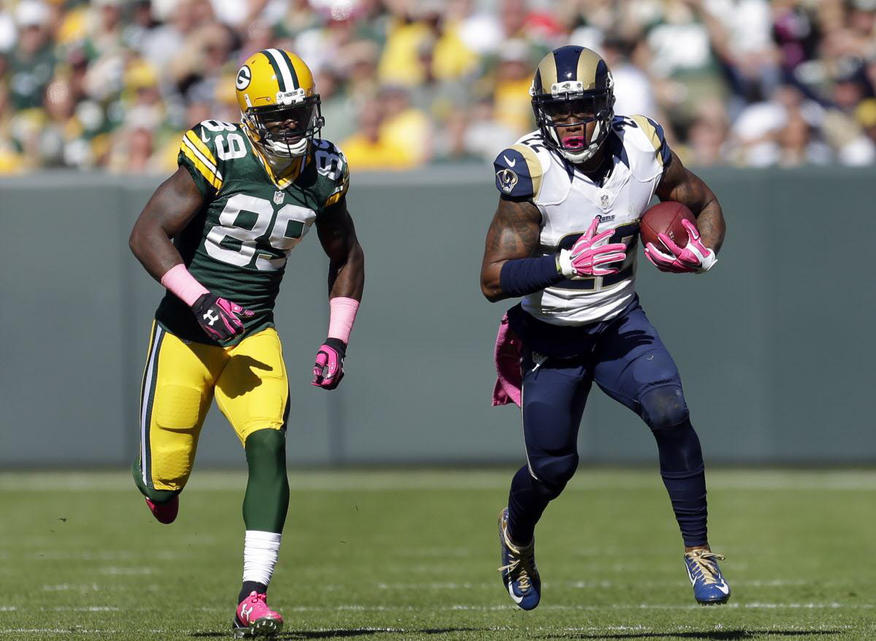 The Packers are desperate enough to have to do this. Green Bay was exposed in the playoffs by not having a true cornerback. Ladarius Gunter was dominated all game long in the playoffs versus Atlanta. Ted Thompson has been outspoken on how they would be more aggressive than in recent years and this would be a step in that direction. With the Packers picking so late in the first it almost makes sense to trade it away for a proven talent. Johnson would instantly give them a corner they could count on and the Rams would get to pick on day one after trading their pick away for Jared Goff.

One of the biggest draft blunders made was when no team drafted La’el Collins in the 2015 NFL draft. His ex-girlfriend was killed and so he offered to help with the investigation and for whatever reason he was penalized for it. Well, the Rams blew a chance with Collins but can stick that band aid right on at LT by making this trade. This trade would almost guarantee the Cowboys bringing back Ronald Leary and would give the Cowboys a No.1 CB especially important now that Mo Claiborne and Brandon Carr are set to hit the market. The Rams are dying to find a left tackle to protect Goff and Collins might be one of the best young options to do so. Along with Collins the Rams would receive developmental basketball player turned TE Rico Gathers. Sean McVay loves his tight ends and him and TE coach Shane Waldron would love to get to work on this rare physical specimen. 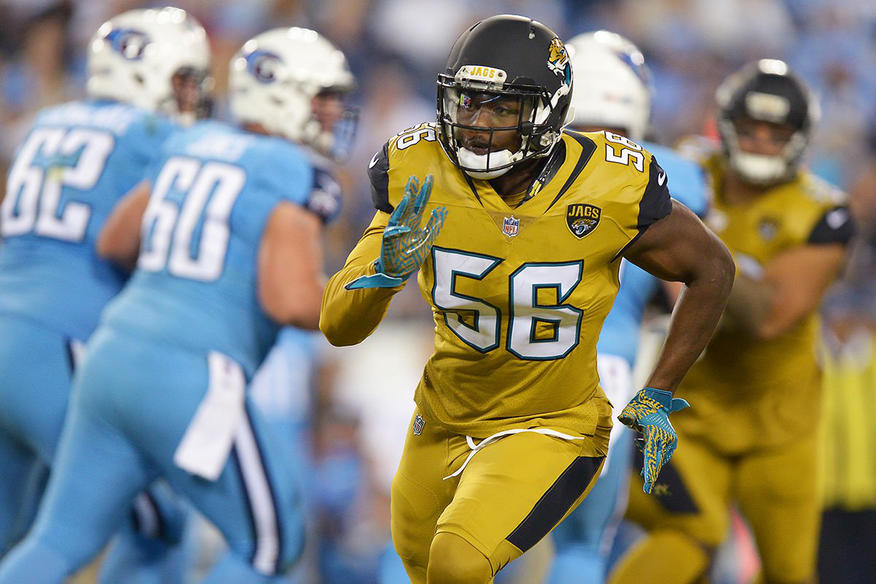 The fifth and final trade idea is for the Jacksonville Jaguars who just cut Davon House and could lose Prince Amukamara to free agency. Jaguars have plenty of money as usual and that money can be used to give Johnson a long term deal after they secure him with this trade. The Jaguars in return would be giving up a relatively disappointing edge rusher in Dante Fowler Jr. and a wide receiver that has also disappointed and has been lost in the shuffle — Marqise Lee. The Rams likely would be able to get the most out of both of these guys, with the new system on offense and lack of WR’s on the roster. Lee could fight for a starting job instantly where as Fowler would give Wade Phillips his missing piece on the edge across from Robert Quinn. With Johnson gone it does leave a hole in the secondary but it’s to be assumed that there will be decisions made to replace Johnson’s spot in this case.

Running out of options? Robert Woods to the LA Rams makes the most sense