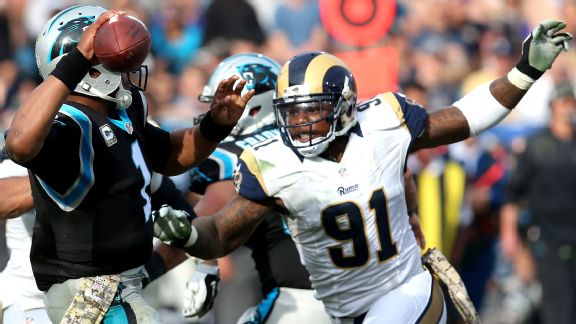 The Los Angeles Rams have tendered one of the two restricted free agents on their roster. The team placed an original-round tender on defensive tackle Dominique Easley.

Placing this tender on Easley, the Rams have the right of first refusal for any contract offer Easley receives from another team.

The Rams signed Easley last year as one of their free agent signing and placed the 2014 first round pick from the Patriots in their defensive line rotation.

After struggling through injuries in his first two seasons, Easley played in all 16 games last year and recorded 3.5 sacks and 50 tackles. If on the team in 2017, Easley could once again play in that rotation as a 3-4 defensive end.