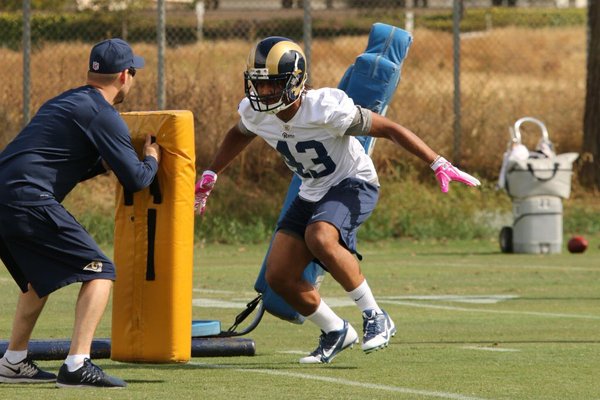 According to Vincent Bonsignore of the LA Daily News the Rams are expected to lose T.J. McDonald when he hits the open market and will have a new starting safety next season to go alongside Maurice Alexander.

Now, many believe the Rams will look to replace him in free agency or even the draft but I think ultimately the Rams may have a replacement for McDonald already on the roster. Brian Randolph is a former fan favorite at Tennessee and played both safety positions. The Rams signed him as an undrafted free agent and he was starting to gain a reputation as a violent hard hitting and hard nosed player in camp. On Hard Knocks players and coaches often reffered Randolph to that of a Rhino by simply calling him Rhino.

Randolph unfortunately had everything he worked so hard for taken a way for a year as he ended up tearing his ACL in his first NFL game against the Dallas Cowboys in preseason. The Rams weren’t worried though about giving up on him. Former head coach Jeff Fisher made it known in the press conference that this was a loss and that he will be placed on injured reserve to come back and compete next season. I believe that Randolph is the ultimate sleeper this off-season. He has a new coaching staff, he’s coming off an ACL tear and he never played in a regular season game. It’s what Randolph possesses and shows on tape that has me believing he’s going to have a future in this league.

Randolph has good size at 6-feet and he weighs almost 200 pounds. He benched 31 reps at his pro day so that shows how much core strength he has (which can easily be see on his tape). He ran a high 4.4 forty yard dash which shows up on time as well in the sense he could play as a center field safety. He showed off a solid vertical jump of 33 inches as well. Randolph is one of those players I don’t know why a team didn’t draft. He showed extreme leadership qualities, energy, range, tackling ability, burst, closing speed, long speed, strength and play making ability that includes how well he tracks the ball. The more I go back and watch tape I just can’t understand why no one talked about him at all coming out of the draft.

Just watch his highlights below and decide for yourself. I know an ACL tear is a hard thing to come back from but this guy looks like he could be exactly what the Rams needed at safety last year. 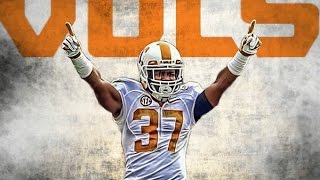 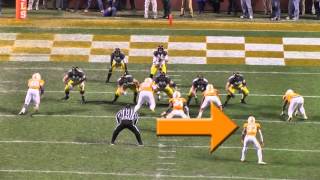 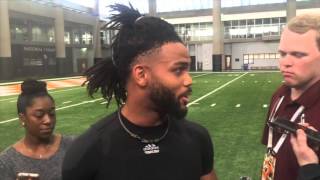 So it seems to me as though there are pre-conceived notions on Randolph and the one team that decided to give him a chance was the Los Angeles Rams. They ended up having some serious talent in their undrafted free agent class and Randolph should be no exception to that list. He clearly had a freak injury that set him back because in college he started 53 games breaking a school record. With the new coaching staff in place expect Brian Randolph to get a fair shake in possibly filling in the safety void left by McDonald. In my personal opinion this guy is special and if given the opportunity the Rams have a diamond in the rough. Remember the name Brian Randolph.