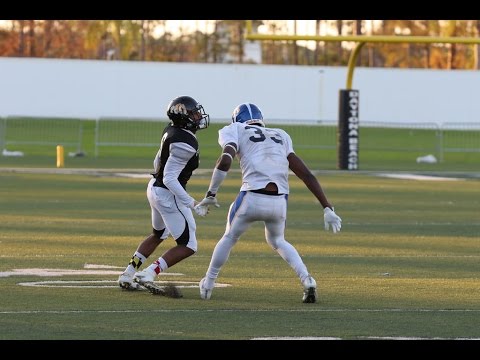 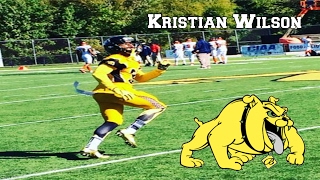 I actually like this young kid a lot out of Bowie State. I really like guys with the ability to be fearless at the cornerback position and that’s really what you see in Wilson. He has ideal size to play nickel cornerback in the NFL and the feisty demeanor to start on the outside someday if he works hard enough. He’s a small school guy that will be overlooked by the confines in the tape or the competition but he clearly stands out as the fastest player and most impressive on his tape.

Doesn’t give up on plays

Instinctive and makes adjustments to his instincts

Can be a play maker with or without the ball

Plays both off the WR and on him

Limited pass rushing ability is a plus

Tackling needs to be a little more refined

Size may limit his options at the next level

Can get grabby at times

Tackling can be inconsistent

The Rams franchise tagged Trumaine Johnson but that doesn’t mean they don’t need cornerbacks. Now, just like small-school guy Daquan Holmes I am not calling this guy an immediate starter. There is a ton of work to be done. The Rams do find late round steals or even undrafted steals, so same with Holmes I expect Wilson to be a borderline draft pick that works his way onto a team as a special teams workhorse. The ride could be long and hard but it could pay off down the road. The Rams currently have LaMarcus Joyner at nickel but that could change sometime soon and if that is the case an opportunity would left for a kid like Wilson to insert himself into the lineup. 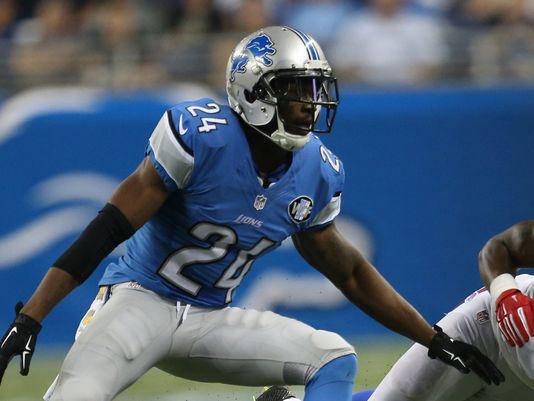 I really like this comparison and I think Kristian might too. Nevin Lawson is the same type of build as Wilson, similar type of play style and similar type of draft grades. Lawson was thought of as a reach by the Lions in the fourth round after many said he was a seventh rounder or undrafted free agent. Nevin Lawson has carved out quite the roll in the NFL and Pro Football Focus rated him the 38th best overall cornerback in 2016. Lawson showed more ability as a pass rusher and had played against better competition but besides that Wilson and him do the same thing. Wilson could be a feisty and nasty nickel down the road bit with Lawson playing on the outside across from one of the league’s best in Darius Slay, Wilson certainly has a chance to be doing the same thing at some point in his career.