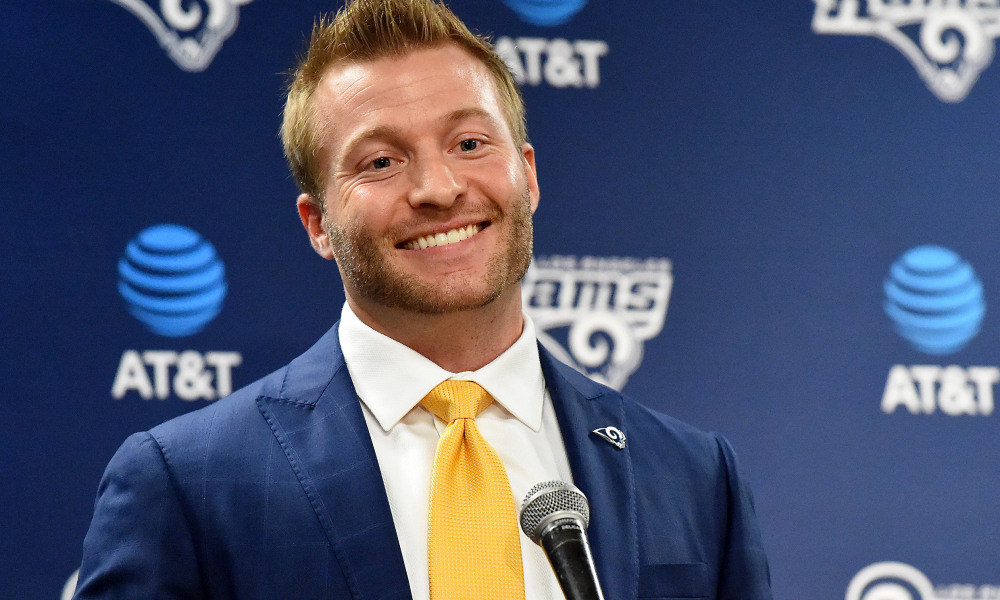 Out with the old and in with the new…That’s the new mantra with the Rams, bringing in 30-year old HC Sean McVay to replace veteran HC Jeff Fisher. The Rams have some pieces that they will be keeping from the Fisher era of Rams football, but those are the good pieces. In this piece, I try my best to do the impossible and project what the 2017 Los Angeles Rams will look like.

Tim Barnes has been really bad for the Rams and shedding his salary would free up $3 million for a team that will need to allocate that space elsewhere. With the roster cuts of Eugene Sims, Cody Davis and Cory Harkey they come because it’s a new era. Expect some extra roster moves to come with the new look coaching staff in Los Angeles.

I have been thinking for awhile that Hayes and Barron really fit with Gregg Williams scheme and may not be part of the plans moving forward for the new look Wade Phillips defense. That’s not to say Phillips wouldn’t be against keeping them, but with lengthy and hefty contracts on top of lack of fit I would likely trade them away now. The Rams need another inside linebacker and a nose tackle. Introducing both of those needs addressed by acquiring Demario Davis and Danny Shelton. Davis is more of a plug-in-play for the Rams defense as they could possibly grab their inside linebacker in next year’s draft and Shelton gets to move Brockers over in a role that could utilize his underrated strength as a pass rusher. It sure would look like a nightmare scenario for opposing offenses to have to go up against Brockers, Shelton and Donald on the line.

This one is pretty obvious. The players listed above have been unable to live up to their respective contracts. This wouldn’t be a pay cut this just allocates the money and lowers the cap hit for this year. If players like Tom Brady can restructure their contract year in and year out then these guys can as well.

The biggest headline is what will happen with Trumaine Johnson? The Rams let Janoris Jenkins leave in free agency last year to keep Johnson. It’s time they actually gave a contract to their cornerback. The other guys mentioned like Easley, Longacre, Westbrooks and Zuerlein will all have spots on the Rams roster. Blake Countess is someone I expect the Rams to bring back and have compete for a roster spot in camp. Coach Bones is back with the Rams, expect him to retain Chase Reynolds for his special teams. I believe the Rams will lose T.J. McDonald and Benny Cunningham in free agency.

The Rams are unlikely to bring back Kenny Britt or Brian Quick who were made up of over half of the offensive production last season. To replace them? How about a seasoned veteran Sean McVay knows and a 24-year old that has already surpassed anything Quick did with the Rams. The Rams would have Robert Woods, Pierre Garcon, Tavon Austin and Pharoh Cooper as their top four wide receivers which would be a huge improvement over of the last seven years. Ben Ijalana would be the solid addition from the Jets who could be plugged in at left tackle in front of a draft pick or if god forbid . . . the Rams still think Greg Robinson can play left tackle. Jordan Mills from Buffalo would be the one piece that comes over to join new OL coach Aaron Kromer who is from the Bills. Both A.J. Bouye and Kayvon Webster were coached by Wade Phillips and I think that connection guarantees Webster to the Rams, but makes it likely Bouye leaves for the Rams if he actually ends up leaving Houston.

In this scenario the Rams finish the 2017 off-season with little to no positional weaknesses. I believe that you really can’t do much at QB seeing as how much stock has been poured into Jared Goff. Todd Gurley leads a good group of all returning running backs besides Benny Cunningham who is in this scenario leaves in free agency. The Rams bulk up their wide receiver corps with new WR’s Pierre Garcon and Robert Woods leading the charge with their field stretcher in the form of Tavon Austin in the slot. Out of the tight end position the Rams keep it pretty similar to last year in hopes of developing Higbee and Hemingway the right way. The offensive line stays pretty similar to last year’s except for the addition of Ethan Pocic at center via the draft and a new left tackle to be a placeholder for the time being in former Jets left tackle Benjamin Ijalana.

With the switch to the 3-4 base defense that Wade Phillips runs, the Rams move their face of the franchise Aaron Donald to defensive end along with former defensive tackle Michael Brockers due in part to a trade with Cleveland. The Rams trade DE William Hayes and OLB Mark Barron to the defensive scheme they fit the most. In return the Rams receive a veteran who can start immediately as an inside backer in a 3-4 Demario Davis and a true nose tackle in young stud Danny Shelton. Robert Quinn mans the “Von Miller” role on the edge standing up as a pass rusher and Phillips starts former sixth round pick Josh Forrest on the outside so he can now fit the scheme. What is most impressive is the type of secondary Phillips has himself built in the first season in Los Angeles. Right off the bat he has a 6-foot-2 physical CB Trumaine Johnson, 6-foot CB he coached in Houston A.J. Bouye and at nickel corner he has Colorado stud third rounder Chidobe Awuzie. Playing behind them, fourth round pick Fish Smithson starts at free safety to allow rising star safety Maurice Alexander to kick into his natural position at strong safety.

There is no telling how well this team will compete in Sean McVay’s rookie year as a Head coach but this is the ultimate off-season that the Rams brass can put together for McVay to succeed. It would just be up to him after all of these moves. Looking forward to Free Agency, the NFL scouting combine and the eventual NFL draft this gives you an idea of the type of moves general manager Les Snead will have to make to give his young head coach the best chance to succeed.