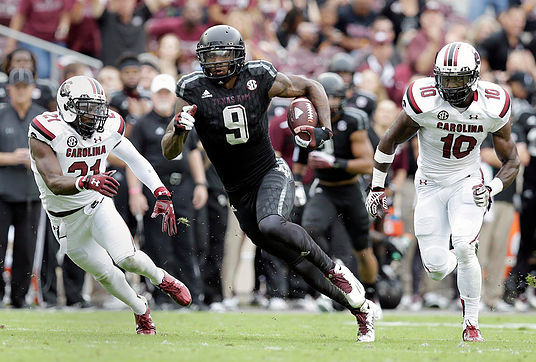 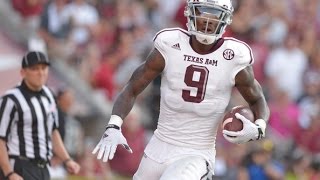 Red-shirt sophomore foregoing his collegiate career into the draft statistics were limited because of injuries.

He is the cousin of former Rams great running back, Eric Dickerson. Expectations that Dickerson talents has rubbed off on this young receiver. Injured for extensive times during a couple of seasons, his stats weren’t all that high but, had to ability to make some good catches especially in the red zone.

Quite shifty for a player his size.

Large framed body that adjusts well to balls thrown behind him without missing a beat.

Very physical especially as a blocker on the outside.

May have benefited by staying in college to raise his stock.

Can be slow in coming off the line of scrimmage.

Need to work on acceleration in his route running to creating better seperation.

Size may be considered to bulk up and become a tight end.

Seals-Jones may become a project in the beginning of camp. As it expected that the Rams may not resign Kenny Britt, may look as this kid to become  with a red zone target. Rams finds this in Seals-Jones who has the Porto-type body of the once great Calvin Johnson at 6’5” 240 pounds. Let’s not get it confused with the second coming of Calvin Johnson, but, he has the look minus the blazing speed. With deceptive speed, and quite shifty for a player his size whether converted into a hybrid tight-end, will learn how to be that threat of a mix-match to the defense. 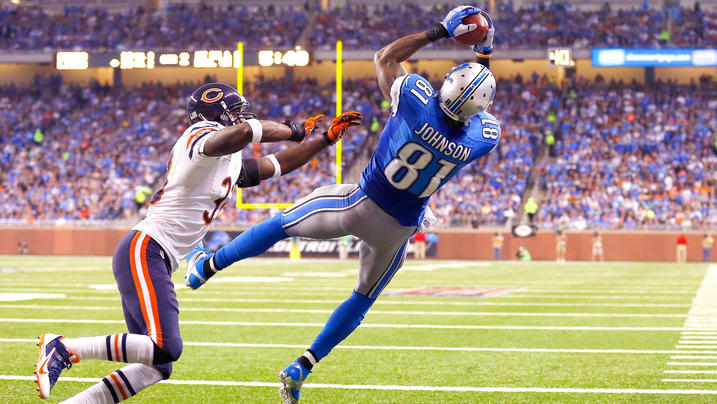