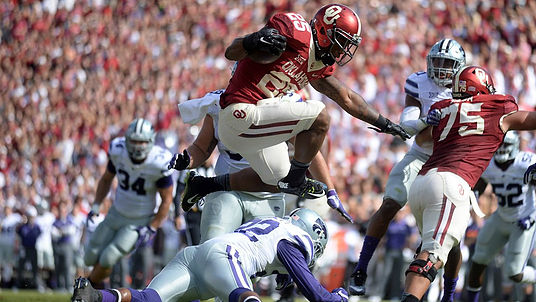 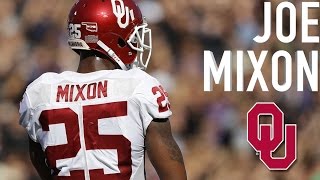 This 17 YEAR OLD KID at the time, became the center of attention after a video was shown per Mixon’s request publicly, of him punching a female OU student two and half years later. Do me a favor, close your eyes and plug your ears, and simply not watch oyr listen to the negative media attention that surrounds this kid. However, watch his highlight film, and you discover that this kid is clearly one of the top three backs in this upcoming NFL draft.

A running back that can play on every down back because of his versatility.

As a receiver, soft hands, runs routes like an receiver creating separation from his defender, and one hand catches is not impossible.

Running style will remind you of Le’Veon Bell, as he hesitates at times setting up his blocks and explodes through the gaps.

Explosive and powerful legs as he will hurdle a defender, or skipping out of leg tackles.

Can be a good pass blocker.

Scrutiny from media outlets and possible pro-women groups will sabotage his draft status.

Questions will surround his moral character regarding past incident of his assault.

Need to work on inside run game on power running.

Waits to see if holes open before hitting at top speed.

Doesn’t secure ball against the body while running.

Benny Cunningham may be looking for more playing time as a starter and leaves for free agency. Coach McVay searches for a new back who can immediately compliment Todd Gurley and impact the offense. With Mixon slipping in the draft because of teams not wanting to take risk, Rams gets a steal. Mixon actually have the talent to put together Marshall Faulk type numbers with his running and receiving threat. Despite the surrounding aftermath of his domestic assault, Rams looks beyond those issues, viewed his talent first, that gives this kid the opportunity to prove the naysayers wrong by playing angry. Rams new offensive coordinator Matt LaFleur aim is to turn lowly Rams into high-flying Falcons. With two explosive running backs as in Gurley and Mixon, Lafluer gets that same tandem as of Devonta Freeman and Tevin Coleman the two headed monsters.Los Angeles should welcome Mixon with open arms, because thiskid is nothing but the real deal of excitement on the field.