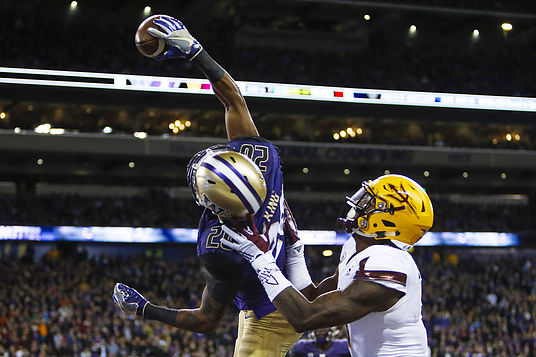 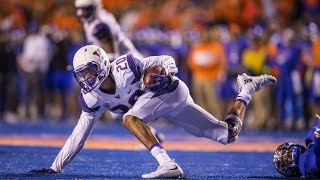 Kevin King is a versatile defensive back who has played all over the defensive backfield with the University of Washington. A tall defensive back that can hurt you in many ways on the field. His high school head football coach was Hardy Nickerson, where he has learned his defensive techniques from at Bishop O’Dowd High School in Oakland, CA. Projected any where from a late first rounder to a third round pick, will provide high praise from defensive cooordiantors.

Formerly was a safety transitioned into a corner.

Ability to play both the slot and outside receivers.

Has played all defensive backs positions.

At 6’2”, his long ranging body frame blankets receivers in their pass routes, and has the ability to over extend in the routes to attack the balls at its highest point.

The propensity to cover a receiver and turn his around rapidly to locate the quarterback or the ball to intercept or deflect away.

Physical tackler, plays big in space, ability to come up and stuff run game in the backfield.

Can disengage from would be blockers and make tackle.

Needs to stop grabbing receivers by the jersey when they start to get separation.

King attacks too high and needs to clean up his tackling mechanics to be a better finisher.

Need to work on his backpedalling technique where he can plant and explode to the ball or receiver.

Needs to play more physical and improve his route reads before.

Can be a great compliment on the opposite of Trumaine Johnson if the Rams  and Johnson can come to terms of a long contract. With his 4.45- 4.5 speed, Rams can get an immediate upgrade at the corner position, and potentially converting into a safety. His impeccable size and versatility in Wade Phillips defense will provide a plus blitz disguised packages. 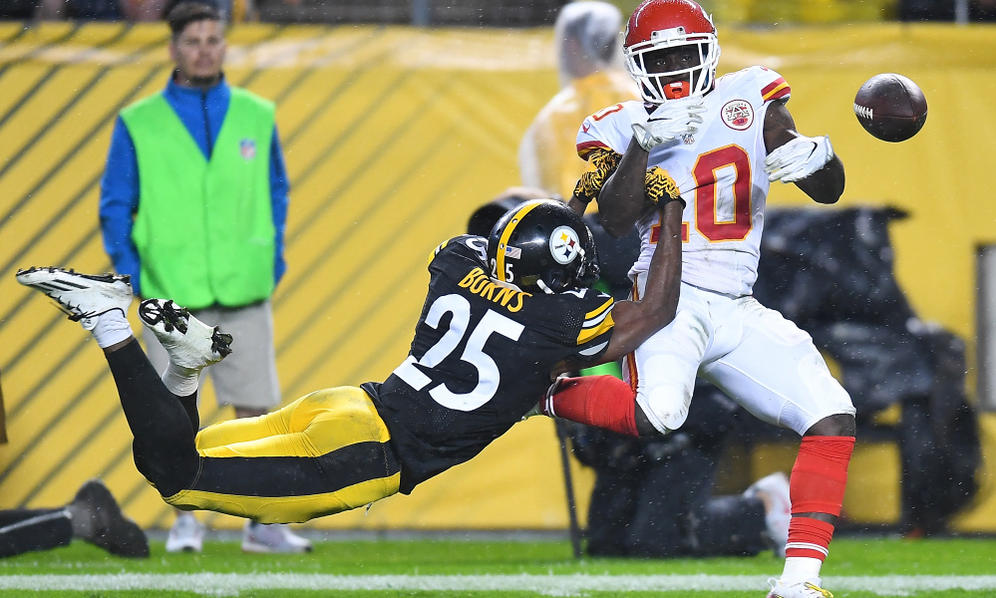