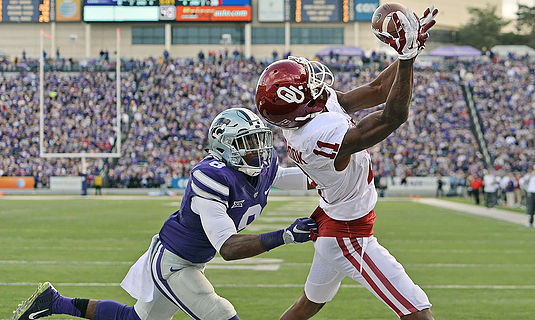 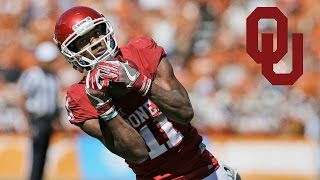 Dede Westbrook is the speedy receiver from Oklahoma who terrorized defenses last season. Produced over 1500 yards receiving with 17 touchdowns, not including a punt return for a touchdown. Quick moves caused many defenders to become a disadvantage covering him or simply missing tackles that once he’s out in front, forget about trying to catch him.

Can take the top off the defense very quickly.

One of the nations best receivers with the double move to create separation, especially in play action

Tremendous balance, even after being tripped up or tackled.

Posses a great stiff arm for fighting for the extra yards.

Has a great knack of getting to the end zone with 17 touchdown last season.

Sean McVay looks for his DeSean Jackson in this draft and with this selection.

Needs to strengthen up by getting in the weight room.

Slim but ripped body frame with small shoulders, need to bulk up a bit.

Average blocker at best cause of lack of body strength that may tend to avoid collision blocks.

Need to secure ball to body, tends to hold the ball relaxed, while making cuts and hesitation moves Suffered a concussion late in the season against Oklahoma State

May be concerns with his physical, medical reports listed a ruptured small intestine injury from high school. Advised by doctors to retire from football because another injury could be fatal.

Rams will need another reciever who can take the lid off the defense vertically. Has history of receptions that went for over 40 yards that led to touchdowns. Will take the short screen, slant, or crossing route the distance with his speed and elusiveness. Provide extra depth at the return game. Sure handed receiver will make the catches to move the chains. Can be the Taylor Gabriel of this Rams offense. 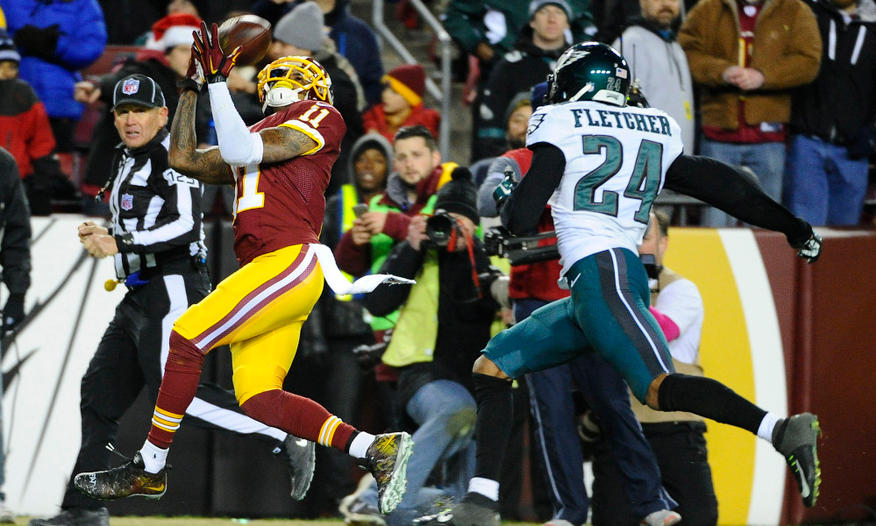