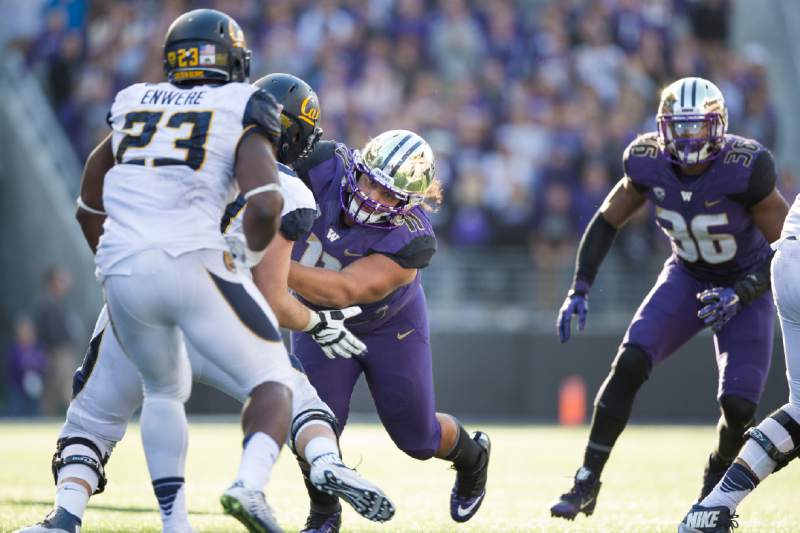 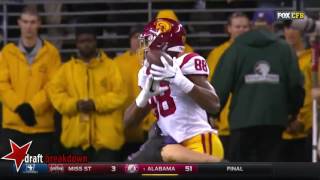 Elijah Qualls is a versatile defensive lineman who has lined up all over the field with the University of Washington. He has great cat like quickness, compacted, and agility and balance. Has great field awareness and the ability to drop back into pass coverage. Over 300 pounds, has been videoed doing a standing back flip, displaying the strength in his legs.

Deceiving quickness and lateral agility for a player of his size.

Size is his best attribute which makes it tough for blockers to move him off the line of scrimmage.

Splits gaps with his burst, flexible to “get skinny” and disrupt the line of scrimmage.

Keeps his eyes on the ball and is quick to peel off of blocks and pursue laterally and down field in pursuit, Great awareness and vision in space to remain on his feet despite bodies cluttering around and amazing closing speed.

Arm length is satisfying and strength to snatch down runners and can provide the vigorous hits while using his hips driving into the offensive opponents.

When playing below pad level very successful in run stoppage .

Because of his quickness has ability to play all positions on the defensive line.

Majority of his weight is carried in his mid torso region, which tends to leave him unbalanced.

Anticipation of snap count is inconsistent which may contribute to Qualls’ not able to maintain assignment at the line of scrimmage.

Shows awareness in getting his hands into passing lanes but lacks the height and arm length to be effective batting down passes, resulting not registering any in his collegiate career.

Once as a prep, had the most affective spin move, which has not panned out on the collegiate level, must rely on his speed to develop more moves in his repertoire.

Rams new defensive coordinator Wade Phillips will be implementing the 3-4 scheme. Qualls is a true nose-tackle who is better at occupying blockers and holding at the point of attack than actually registering tackles, which allows the linebackers to fill gaps or come free with blitzes. Qualls’ size is his best attribute which makes it tough for blockers to move him off the line of scrimmage. He is a physical defender who will fight in the trenches and work to the whistle. His style of play likely means that he’s a 2-down player. This is a player who brings little to nothing as a pass rusher but with his quickness and awareness can be disruptive on opportunities to become a spy. Can be projected as a possible goal-line fullback option given his quickness and bulk. Rushed for 1179 yards for 13 touchdowns, 215 receiving yards and a touchdown as a senior in high school.

Early – 5th round Note- Qualls shall benefit from this years draft by the 3-4 scheme as a nose tackle. Believe if he returned for his red-shirt junior year, I’m curtained that he would become a late 2nd or early 3rd round draft pick. 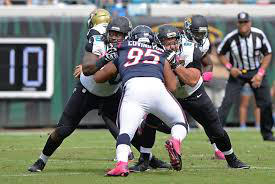