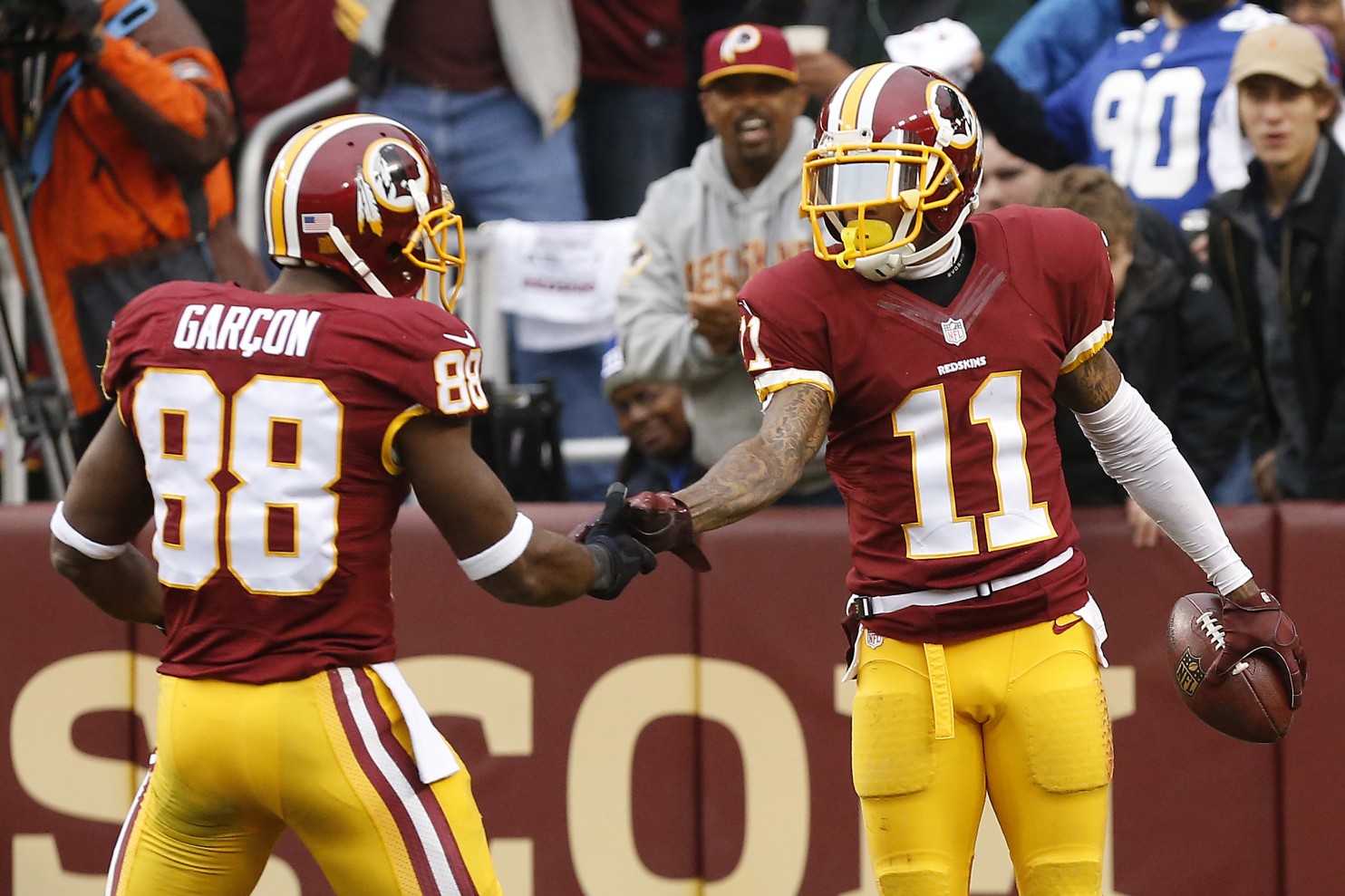 The two 1,000 yard receivers Kirk Cousins had to throw to last season could be commanding a serious chunk of change. DeSean Jackson and Pierre Garcon both had great 2016 campaign’s with Cousins arm and McVay’s offensive scheme. Could they be looking to cash in before it’s too late?

According to John Keim of ESPN he has been told by league sources that Garcon will look for $9 million per year, but his teammate Jackson could look for even more than that. As many of you know, these were both considered top free agent targets for new Rams head coach Sean McVay and his franchise QB Jared Goff. Well, it now look like we may all need to pump the breaks in thinking the Rams are definitely getting one of these two.

The Rams will need to look at all options and even though McVay has the connections to possibly bring them into Los Angeles, he knows he will need to be smart in discussing a plan with general manager Les Snead. The Rams will not be able to shell out $9 million to both receivers. There are plenty of options out there that could include bringing back WR Kenny Britt who is two year younger than both of these guys. Another option could be to splurge on Alshon Jeffery. The options that intrigue me the most personally are the ones that involve grabbing young WR’s in free agency that may not have been developed properly or received the playing time they should have. On top of that drafting a WR in the draft is a must in my opinion as well. There are plenty of talented receivers in this class and they come with more size than years past, the Rams cannot afford to pass on all of them.

Be sure to follow here for all the news and analysis involving the Rams free agency, draft and off-season plans as the information comes out.