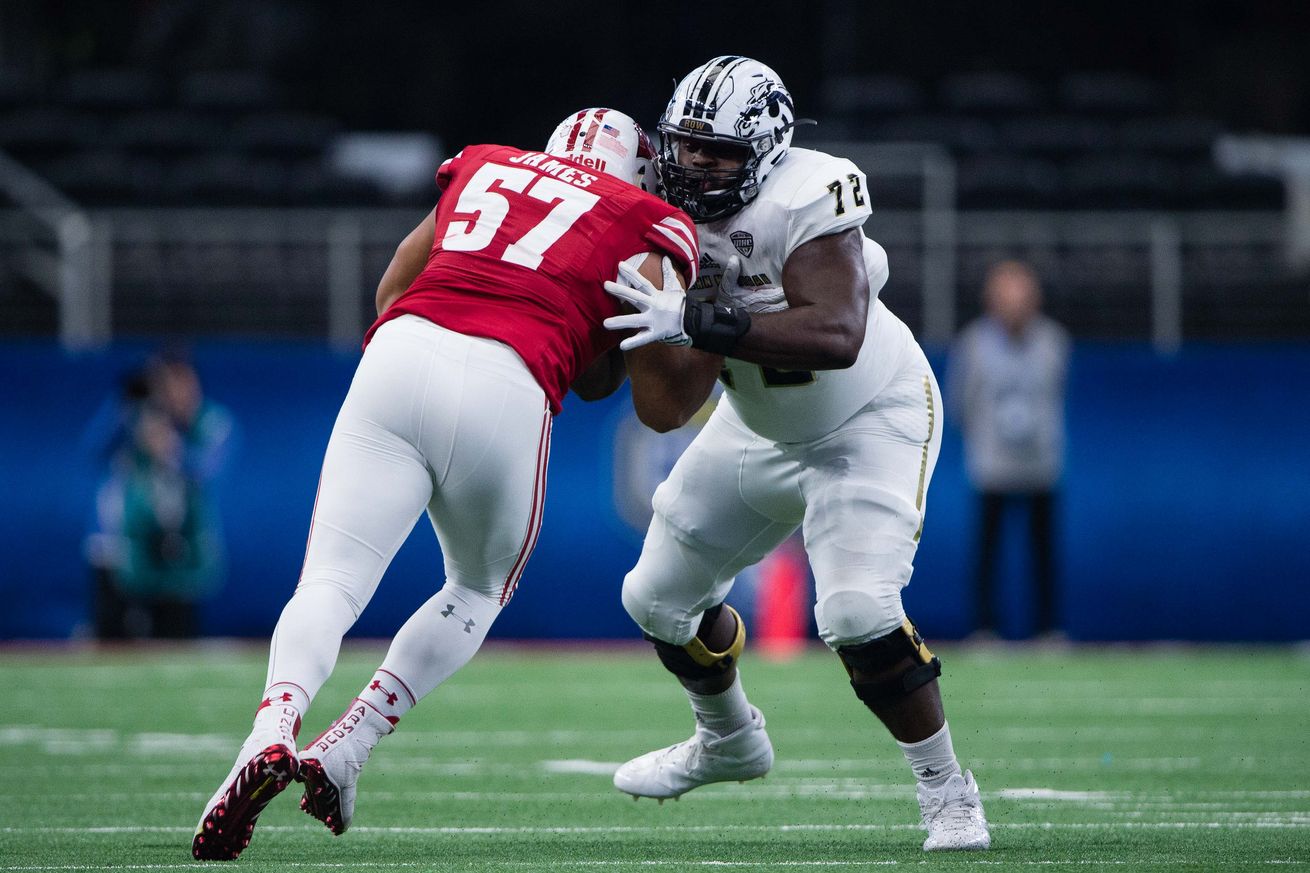 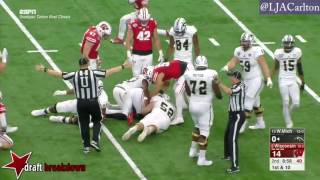 Taylor Moton was the premier right tackle for the Western Michigan Broncos in their almost-perfect season. Moton was an absolute mauler on the right side who seemed to hold his own all season. In the bowl game this past year versus Wisconsin, Moton showed that he could handle a future second-round pick in T.J. Watt (as shown above). Moton brings excellent size and ability to utilize his excellent size at the next level.

Moves well for his lumbering size

Has tremendous balance which allows him to make quick adjustments

Solid in most areas

True multi-tasker, will take on multiple assignments at once

Proved he belongs by playing well when top competition came

Flashes the ability to be an elite run blocker

Heavy feet could cause him to struggle versus elite edge rushers

May not be able to play LT

Size could cause him to be inconsistent with technique

Taylor Moton could step in and play inside or out. The Rams need serious help on the offensive line and Moton, because of the lack of production at left tackle, would likely get a shot to prove himself on the outside. Head coach Sean McVay has yet to tip his hand on the plan with Greg Robinson, but one has to think Robinson will move inside if anything. Moton has a chance to be really good and with the Rams having an offensive line coach like Aaron Kromer, there is a chance he does reach his full potential. 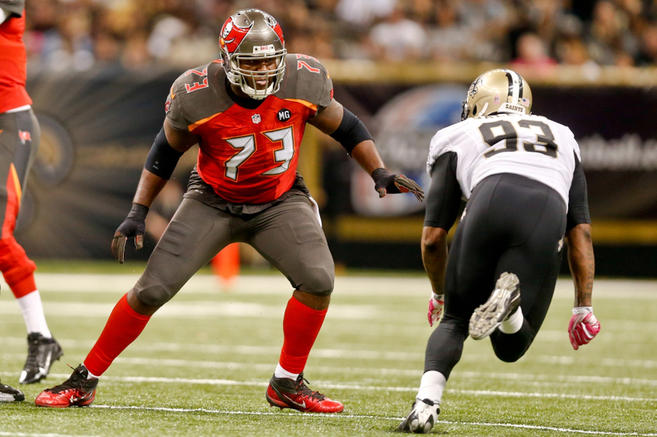 I think this a real good comparison for Moton. Anthony Collins came out of Kansas and went in the fourth-round. The two are similar in that they both are big bodied, show the ability to be maulers and as Moton projects inside as well as outside . . . Anthony Collins played both inside and outside during his career. While Collins career went flat after he left Cincinnati in free agency, make no mistake he was a very good left tackle. Andrew Whitworth just happened to be there already and made him expendable. Collins ran in the 5.3’s at the combine which is something Moton will likely do, but Collins was able to play at a high level until he was plagued with injuries in Tampa Bay. If Moton turns out to be like Collins was with the Bengals, this could be a very good player for a tackle needy team.