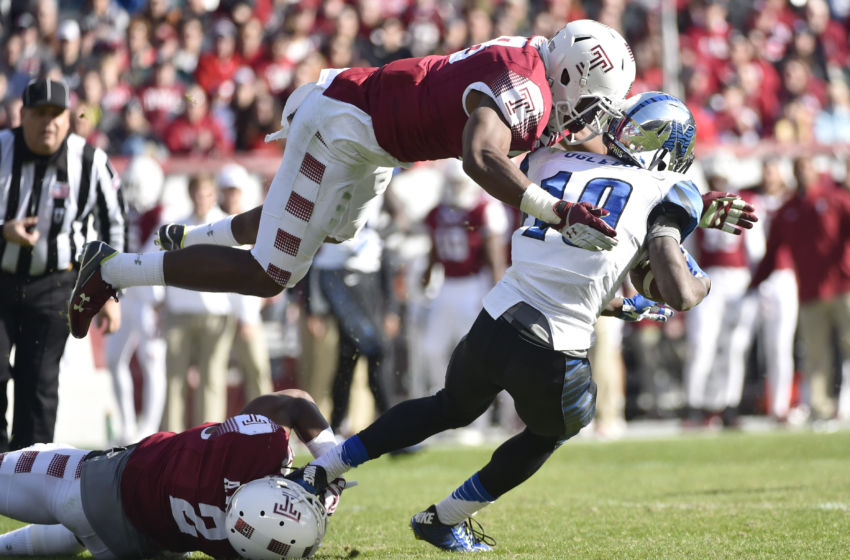 Our new massive series here at Downtown Rams will give you players that catch our eye. We will bring you bring you draft prospects and give you their player comparison. 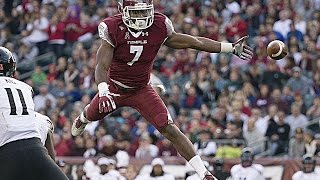 Who is Haason Reddick?

Remember the name. This guy is set to explode on the scene once the combine starts. If healthy, come time to perform at the combine expect Haason Reddick to make an astronomical leap up draft boards.
This guy is a do it all defensive playmaker. Notice I didn’t designate him to either inside or outside linebacker up above. Nor did I pigeon hole him to a 3-4 or 4-3 defense. Reddick can perform at any linebacker position you want him to plug into. He can rush from the outside of a 3-4 man the inside of a 4-3 defense and do everything else in between. He’s got the athletic ability that draft experts and scouts drool over. Don’t get me wrong he played outside linebacker in a 3-4 defense at temple; and the man produced with a capital “P”on a defense that didn’t have any other stars to help take away attention from him. He completed his 2016 campaign with 65 total tackles, a sexy 22.5 tackles for loss, 9.5 sacks, 1 Int and 3 forced fumbles. Haason Reddick wreaked havoc on teams he went up against.

If I had to name a weakness in this guys game (which you’d really be twisting my arm to even do) I would list two things.
– A bit undersized in the arm length department (on 32 1/2 inch arms )
– Struggles with converting speed to power on his bull rush move when getting after the QB
Haason Reddick is becoming less and less of a secret the closer we approach draft day as it is. At the senior bowl coaches had him playing both inside and outside linebacker and some scouts were arguing he was the best linebacker there at BOTH positions. Not only can Haason Reddick rush the passer and make plays in the backfield (as evidenced by his 22.5 tackles for a loss) but the reason I’m so confident in his ability to play inside backer in a 4-3 or 3-4 is because he can cover. Reddick actually started out as a corner back; if a linebacker with the background of being a corner in today’s NFL doesn’t get you excited than nothing will my friends. He’s a do it all 3 down linebacker. He will attack running lanes, swim over offensive lineman, and cover tight ends down the seam all with a nasty linebacker demeanor. When speaking with a draft analyst Haason Reddick was quoted saying “I expect to run in the 4.3s..” at his pro day/combine. I fully expect Haason Reddick to make the type of leap a guy like Ryan Shazier did from Ohio state. He is that quick, that aggressive, and that versatile. If your a team who is switching to a 3-4 and need a dynamic versatile linebacker to take over a big role on defense, Haason Reddick is your guy. Keep an eye out for this smaller school prospect because I promise you he won’t be under the radar much longer. 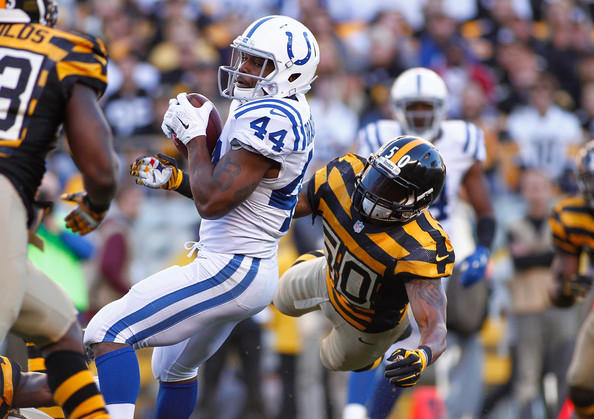 Haason Redddick as this author previous mentions, compares to the same situation as Pittsburgh Steelers’ ILB Ryan Shazier. Shazier went from hardly anyone knowing his name to now one of the top young up-and-coming inside linebackers in the game. Reddick, if he runs that 4.3 he promised us will be destined to play just like the rocket man himself in Shazier.