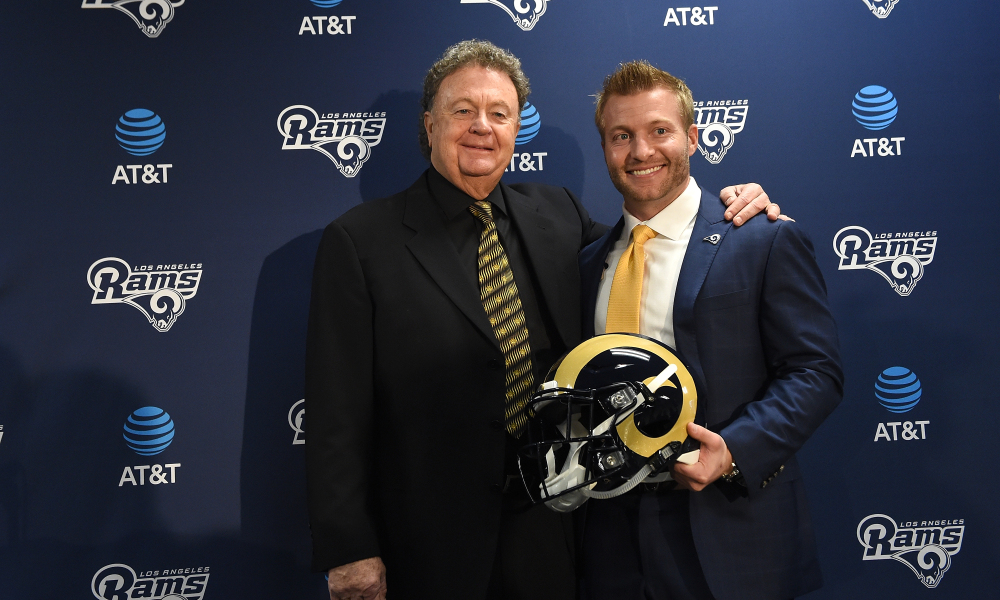 Shula who also worked as a DC for John Carroll University, Linebackers coach at Ball State and DB’s coach at Indiana, joins a familiar face in HC Sean McVay, as they both played together in their time at Miami (Ohio).

The Shula’s are well known in the NFL, as former Hall of Fame HC Don Shula is one of the most respected man for his time with the Dolphins, as he gave them their only 2 championships back in the 70’s. Chris’ father, David, was also a NFL HC for the Cincinnati Bengals. Lets hope the heir of the legacy is as successful as the creator of it.

Later this week, Marvez also reported the addition of former Redskins Quality control coach Shane Waldron to the Rams for their same opening.

Waldron has just worked with two NFL teams in his NFL career. New England (02-04, 08-09) (Assistant, OC Assistant, TE Coach) and Redskins (16’) (TE Coach, Offensive Quality Control). He started his coaching at Notre Dame as a Graduate Assistant; he also coached at the UFL for the Colonials and was a man of many talents for UMass as he was responsible for recruiting, TE’s and OL.

Returning to the defensive side of the ball (and staying with Marvez), the team also made a move for former Redskins DB Coach Aubrey Pleasant who coached along with HC McVay in an assistant role. Pleasant joined the Redskins in 2013 as an Offensive Assistant before moving to the defensive side of the ball in 2014 and specializing his work in the DB area. Pleasant also joins former “boss” Joe Barry, as he will be the Rams LB’s coach.

The Rams also added former Green Bay Packers Quality control coach Ejiro Evero to be the new DB’s coach. Pleasant will likely be Evero’s assistant, as the former Packer has a larger resume. The move was noted by Marvez via Twitter.

Last, but not least (at least for this past week) the Rams added a much needed and experienced WR Coach. Eric Yarber (reported by Gary Klein) joins the almost complete offensive staff moving away (not so far) from UCLA where he had the same role. He spent the last 5 years with the Bruins and his NFL experience runs back to coaching the 49ers WR’s in 03’-04’ and the Buccaneers same position from 2010 till 2011.

The Rams Offensive coordinator spot is still open, and as we said, the no.1 candidate was still alive and fighting for the championship; Matt Lafleur is, still, the Falcons QB coach, and he is Sean’s man to coordinate the offense, or that is what’s heard around the league coaching circles.

This is what the Rams coaching staff looks like as of today:

The coaching positions are almost full just in time for an exciting time of the year, the offseason is among us, 2016 is officially in the books, and the Rams have a lot of work to do to be successful in 2017.