With Tony Boselli & Terrell Owens not making the cut, will Isaac Bruce sneak into the HOF with Kurt Warner? 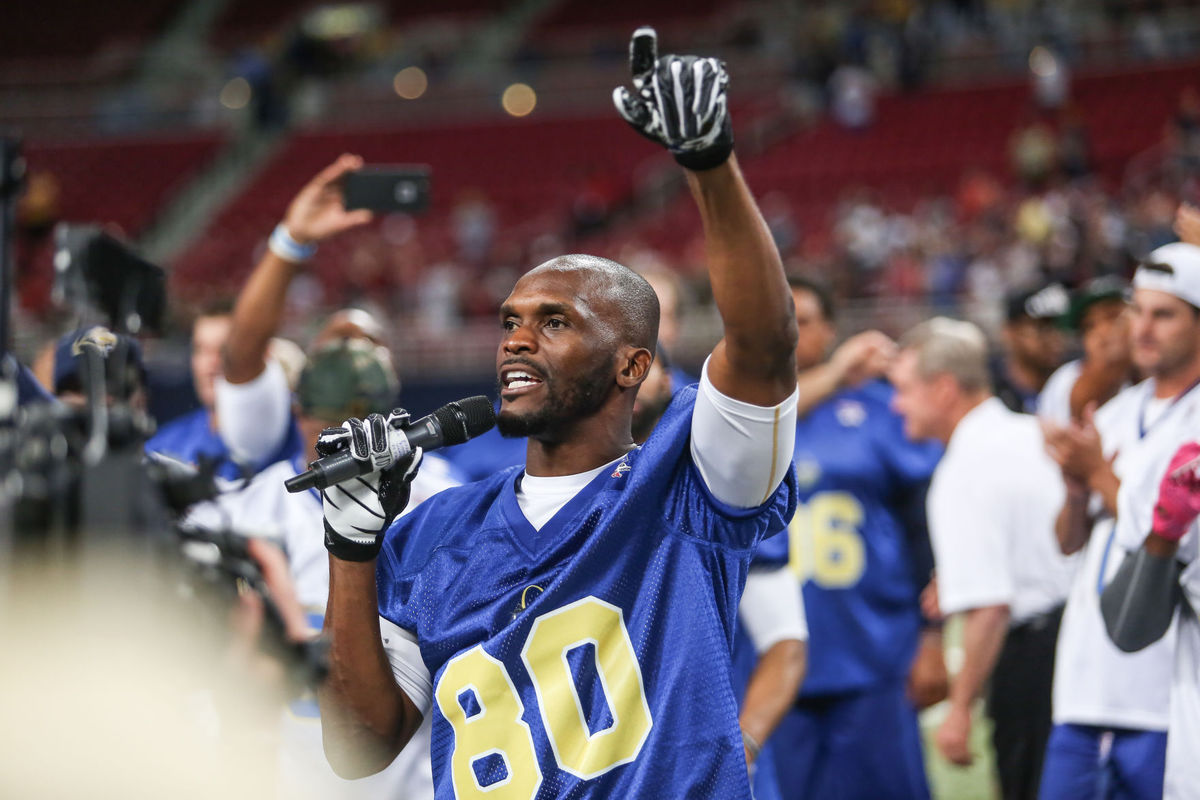 So you’re saying there is a chance? Maybe. There is no word Isaac Bruce has missed the cut or made it, but it’s good news for Bruce that another great WR Terrell Owens will not be enshrined this year per his official twitter account.

Obviously, Bruce was an iconic Ram and a legendary WR, but in the past we have seen many great receivers forced to wait their turn. Bruce, who I wrote about as the most underrated receiver of all time is going to be waiting to find out his fate. If he doesn’t get into the Hall of Fame, it will be a shame, but it’s important to realize he will get in eventually.

Bruce has made a serious push for the Hall of Fame in 2017. With Owens and Boselli out there is a chance Bruce joins Warner in the Hall of Fame tonight and that is exactly how the Rams fans would want it.