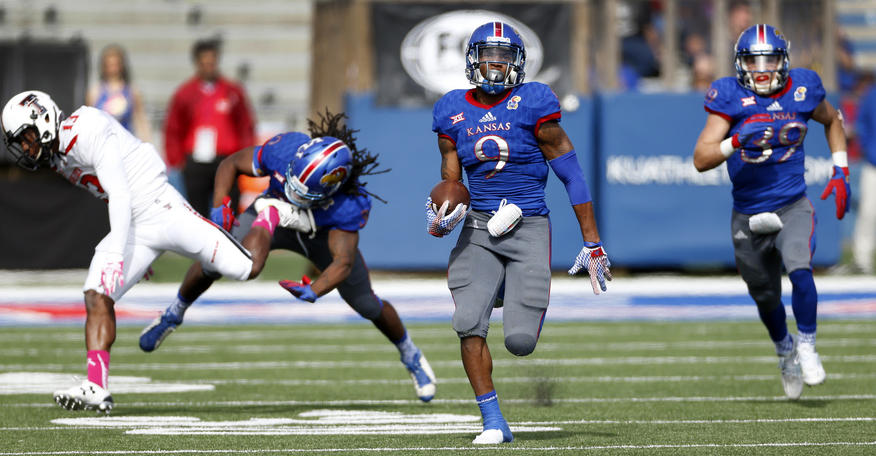 T.J. McDonald is a former third-round draft pick out of USC by the Rams. He of course has had two straight down years and is set to become a free agent this off-season. Here’s a Safety that could be the next big diamond in the rough. (Check out his highlight tape below) 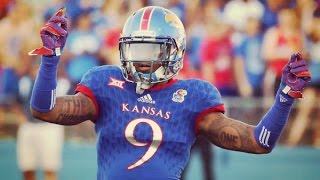 Ever heard of Anthony “Fish” Smithson? No? Well, then I have a surprise for you. Fish Smithson is going to be one of the biggest steals of this draft. The three-year Kansas Jayhawk Safety finished his last season with career totals of 253 total tackles with 193 of them being solo, six and a half tackles for a loss, a sack, six interceptions, 10 pass-breakups, two fumble recoveries and three forced fumbles. Smithson, has been able to play in the box and excellent at times in coverage. In 2015 he led the NCAA in 7.9 solo tackles per game. Many draft analysts brush this guy off like he’s nothing, but they did the same with former KU star-CB Chris Harris Jr. and he burned every single one of them.

Smithson would immediately be able to contribute for the Rams if they did in fact choose to let McDonald leave. The Rams do have Cody Davis, Marqui Christian and Brian Randolph on the roster to compete so it wouldn’t be easy, but things have never been easy for Smithson and he would have to overcome it. I believe in watching him, he acts like a leader, he’s a possible game-breaker and has a non-stop motor at the Free Safety position. With Maurice Alexander coming off a very impressive first year as the starting Free Safety, he would be able to go over to his natural position at Strong Safety and most likely be an upgrade over McDonald who lacks the cover skills Alexander has developed. Smithson and Alexander would be a nightmare for QB’s. It’s not often that both Safeties have ball skills, but these two definitely would be the exception.

Smithson would likely be a third-rounder at the most, but if he falls to the fourth-round or later the Rams will need to pounce on that opportunity. New Defensive coordinator Wade Phillips has not only worked at Kansas before as a coach, but he coached his two best CB’s and possibly the best CB duo in football who both went to Kansas. I am sure Aqib Talib or Harris will reach out to Phillips about Smithson. Walter Football reported that one GM told them upon studying draft tape Smithson stood out to them. With the combine approaching he could rise up draft boards.

Overall, Smithson isn’t the type of hitter Rodney McLeod was, or Alexander or McDonald are, but he would instantly be the best tackling Safety on the team and I believe he’s NFL ready. Many guys ahead of him might be more flashy, more hard-hitting and more ball-hawking, but Smithson is about the fundamentals and we have seen plenty of mixed tackles to know that a guy like Smithson would be a breath of fresh air to this defense in the secondary. At 5-foot-11 and 201 pounds, Smithson may possibly never fly up boards and if that’s the case the Rams will need to pounce on the opportunity.