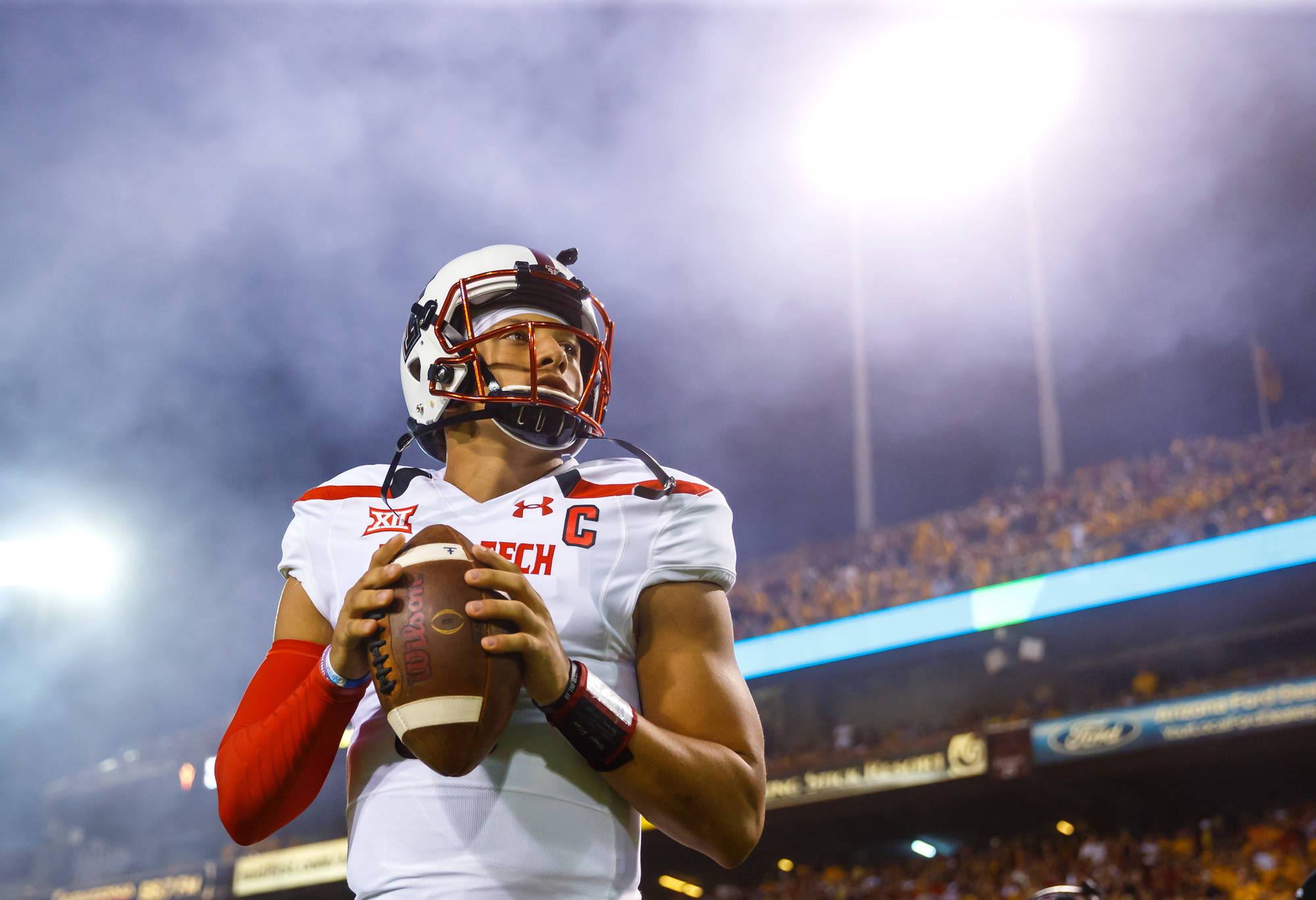 The new era in Rams football already has a head start having Jared Goff at QB for the hopeful and foreseeable future. However, it remains to see who could be the back up plan if Goff, indeed isn’t the guy or if he gets hurt.

I like Sean Mannion in that role, but there is a chance the new coaching staff would like to move on from Mannion (fair or not) and draft their own back up plan. Bear in mind HC Sean McVay knows very well about back up plans, since he took one and made him one of the top QB’s in the league. Kirk Cousins was that back up plan for those that live under a rock and didn’t know he bailed the Redskins from mortgaging their future on QB Robert Griffin III, similar to the way the Rams did with Goff…uh oh.

All jokes aside, there is a QB in this year’s class that is starting to get somewhat talked about, but not enough for my liking. His name is Patrick Mahomes and he played his ball wearing that giant “C” on his chest and Texas Tech across his chest. He’s also pretty good…How good you may ask? In just three seasons, Mahomes accrued a total 11,252 yards passing, 93 touchdowns and only 29 interceptions. What I like about Mahomes is the ability he showed past more than just having a big arm. He’s smart, he’s mobile, he has a good arm, but the key with him is his accuracy. Mahomes also sees the field very well and doesn’t just stick to one read like it seems many QB’s tend to do. Mahomes does play in the most gimmicky offense I’ve ever seen, but make no mistake he isn’t Graham Harrell and he isn’t like Case Keenum. Mahomes has serious skills that could really translate to the next level.

Mahomes reminds me of Dak Prescott and Derek Carr. He looks like a leader and at times a man among boys at the college ranks. Mahomes did one of the craziest things I have ever seen this year. He tried every thing in his power to win Texas Tech the game against Oklahoma. Mahomes threw 88 passes and even ran 12 times. That means Mahomes literally had 100 touches in this game. He threw five touchdowns and ran for two as well. On top of all that he threw for over 700 yards in that game. Don’t hold that game against him, he’s not a gimmick QB and he is going to prove that at the next level. The question remains if the Rams will have to take a chance on him as early as possibly their first pick in the draft or second. It really depends on how confident the Rams are in Jared Goff, because if they aren’t that confident he’s their guy Mahomes is very possible.

Obviously, many will laugh that I even mentioned Mahomes, but the fact of the matter is this. Mahomes has serious NFL talent and do you want to possibly throw away a chance at doing what the Patriots are going to do with Jimmy Garappolo? The Rams can’t exactly wait for Goff to show the Rams he’s a bust or not and if Mannion isn’t the plan as the back up Mahomes makes sense. He could very well go in the first, second or third. We really don’t know where he will end up, but if he falls into the Rams lap in the third round, it might be a no-brainer.