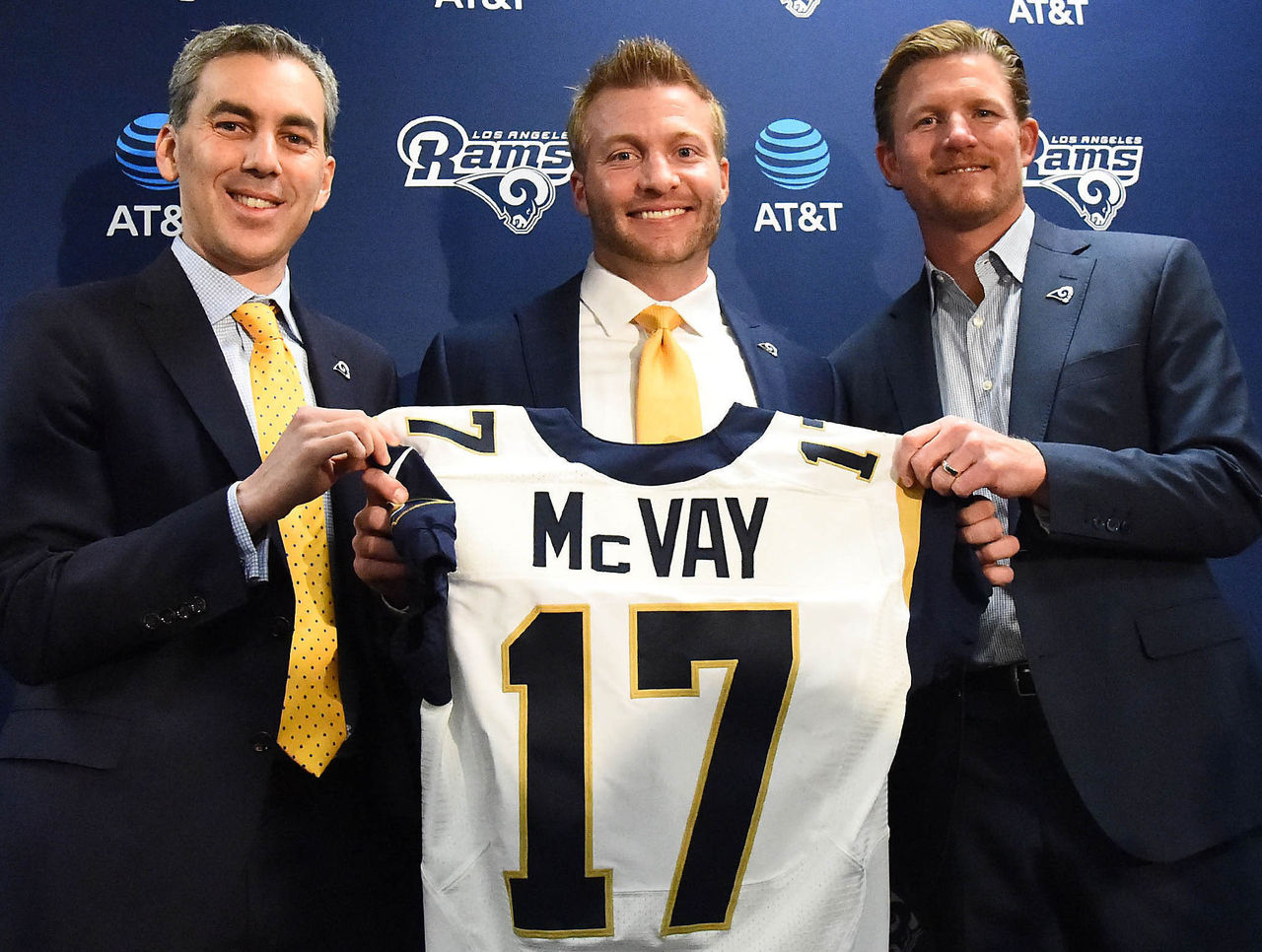 The Rams are hoping to get a return on the investment they made in Tavon Austin this past pre-season. The former 2013 no.8 overall pick, was extended by the Rams with a 4-year, $42 million dollar deal. He has since been under the microscope and hasn’t lived up to the lofty expectations of a WR being paid like a superstar.

Austin’s 2015 season is what likely saved his skin. Bear in mind the Rams chose to pick up his fifth-year option and then, after of course extend him. However, if Austin didn’t have the type of year he did in 2015, the Rams likely let him play out 2016 with no fifth-year option picked up and then he would’ve become a free agent after the season.

The crazy thing is, Austin’s best season as a WR was this year. The same season I am calling a disappointment. First off, he fumbled five times, which in fact ties a career high he set in 2014. Secondly, he had his fewest touchdown receptions in a season with only three and he only added one more touchdown on the ground. He had his career high in yards receiving, but too many things went wrong for Tavon, to consider this a good year. It was the first year of his career he had not taken a punt back to the house and he didn’t run the ball as much or as effectively as years past.

Austin in the type of offense the Rams ran before McVay came into town should’ve been used in all different ways. He wasn’t used enough on the ground and he wasn’t really put in much of a position to look good. Now, that right there is why I don’t entirely blame Austin for his lackluster season and which is exactly why you all should be confident coach McVay gets Austin to where he needs to be.

Remember when McVay was the Offensive Coordinator, calling his own plays in Washington for the Redskins? Of course you do! It definitely wasn’t that long ago. As a matter of fact, it was just this year and it was just January 1st, that McVay was coaching his last game in which the Redskins were fighting to go to the playoffs. Crazy how quick things have changed…

McVay is a former WR’s coach in his own right, so that’s the obvious factor to a resurrection of Austin, but what else? Austin is not a big-bodied WR by any means. That won’t bother McVay one bit. McVay worked with three WR’s who were  6-feet or below. One of them was ironically the same type of build as Austin. His name, Jamison Crowder. Crowder is 5-foot-8 just like Austin, but he’s already had a more successful career in only two seasons as opposed to Austin’s four. Crowder has racked up 1,451 yards receiving on 126 catches and nine total touchdowns for his career.  Crowder also wasn’t drafted no.8 overall or anywhere near the first-round for that matter.

But, this isn’t to bash Austin, it’s to show the hope for Austin. There is a light at the end of the tunnel and that resides with McVay. Clearly Austin, hasn’t been put in position to succeed. Let’s be real here, his coaches were sub-par. he’s never had a great QB and he never was in a true NFL scheme. McVay can be the coach Austin has needed and deserved, he can also improve the QB play of starting QB Jared Goff and of course he can improve the play-calling and scheme since he will be the one calling the plays.

McVay has a lot on his plate and it’s not exactly fair to hold him accountable to every player having a good year, but with Austin he’s a player that he’s mentioned numerous times in interviews. Clearly he thinks highly of the former Mountaineer star and believes he can get the most out of him. McVay has said something interesting in his press conferences. Basically he doesn’t want to be that guy that places players and finds players for his scheme. He wants to be the guy that schemes around the players strengths and weaknesses. That is exactly what the Rams need. Crowder only ran the ball four times in his career, well Austin has shown the ability to be able to slash through defenses on the ground and McVay should know to get Austin more involved in the ground game then he was this past year. Austin is still a work in progress, but with what McVay has to offer as far as coaching receivers, Austin is in good hands.

Can McVay resurrect Austin’s career? No, he can start putting it all together, because we have not seen the player Austin is capable of becoming and the only chance we will know for sure is with McVay working with him extensively. As far as the career of Jamison Crowder goes, I guess we will found out how much McVay meant to his development, when he’s not in Washington in 2017.