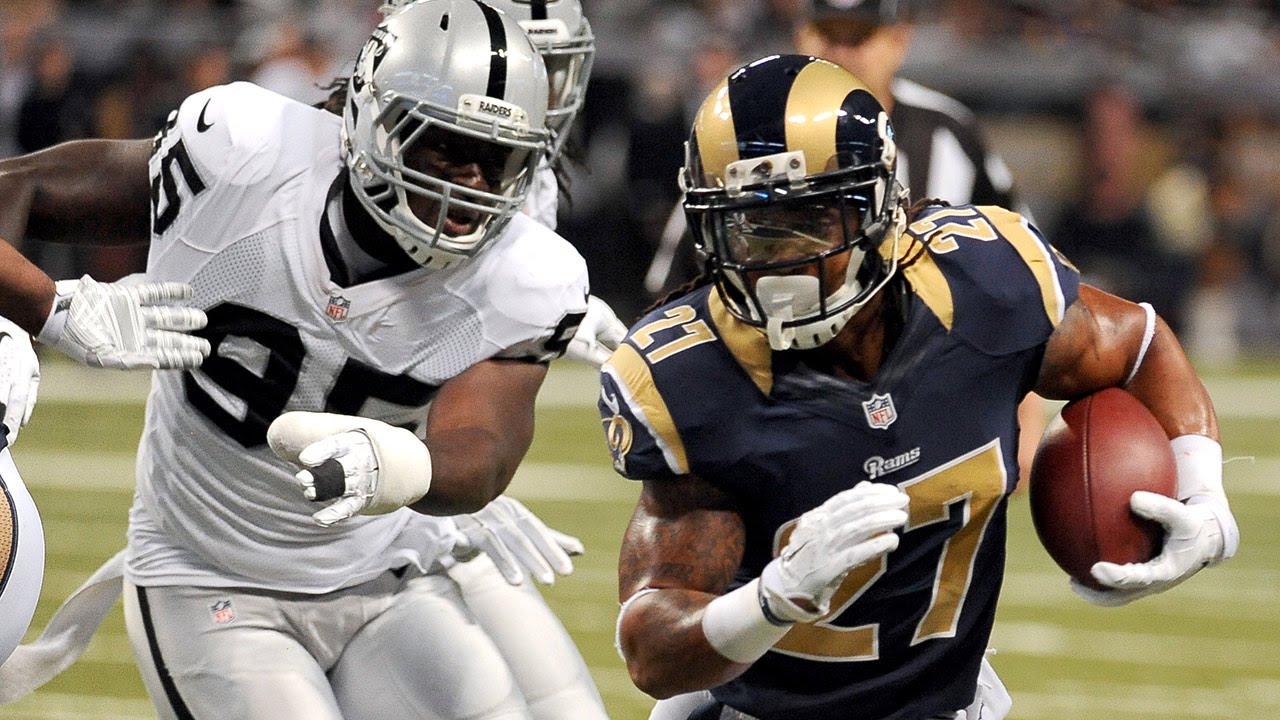 Tre Mason, a injured reserved running back of the Los Angeles Rams, and the son of a member of the famous 90’s rap group known as De La Soul, was arrested today for fleeing from law enforcement on an ATV back in July of last year.

Authorites allegedly reported that Mason had been seen doing wheelies on an ATV in a park last summer when the authorities tried to stop him. Instead of stopping, Mason sped right past them to only flee the scene before retreating into his mother’s home. Authorities stated that he was not wearing a protective helmet while entertaining his daredevil riding.

Mason mother has revealed to the authorities, “that football head injuries left him with a “10-year-old’s mindset.” Just days earlier, Mason had been “admitted for evaluation” to a hospital after his mother called authorities to her home. She told deputies that Mason had been acting erratically and had a cut on his hand. Many pray that this is the case with Mason’s mental state, that he seeks and receives the best treatment and cure from whatever he has endured.

Mason problems seemed to arise in 2015, after the Rams surprised many by selecting Todd Gurley as tenth overall draft pick in the first round 2015 NFL Draft. Immediately Mason would take to social media with tweets that seemed to quite bitter. His twitter account with light up first with the tweet of, “#TBT /A Diamond In The Rough /#DraftDay /Round 3, 75th Overall /Blessings” followed by, “Say less… #FueledUp”. The following day it would seem as if Mason would take his frustration out on the Rams front office with this tweet, “Doubting me..? ?☕️!” Only one to know is Mason but, its my opinion that his mental state took a turn after the NFL draft and then when he was finally benched for in favor of Gurley.

We all hope Mason the best and that he will receive the proper treatment available and hopefully he could make an cameo back into the NFL someday.

Concern also with the organization front office, how much of salary cap hit would the team take for Mason who failed to show up for the teams OTA’s and minicamp. To answer that question, if the Rams would release Mason, he only signed a four-year $2.9 million deal, $600k was fully guaranteed, meaning the the team would only take a cap hit of $317K. The Rams place Mason on the injured reserve/pup list when the 53 man roster was to be set last fall.