Meet Matt Elam: Defensive Back Looking For A New Home 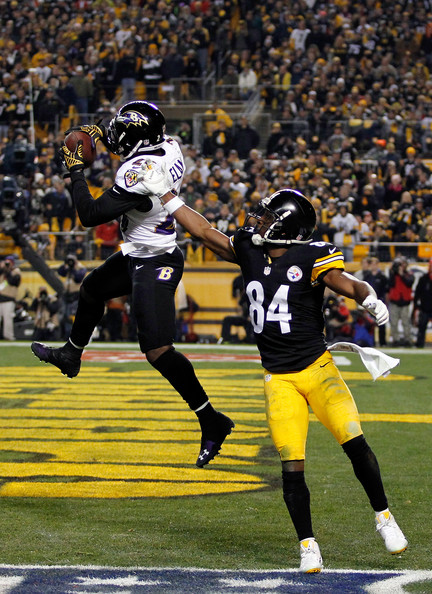 Many of you readers may disagree with this free agent pickup, and some may even think I may have lost my training of thoughts. But, I will say this,the Rams can get an upgrade over T.J. McDonald at the strong safety position. McDonald has diminished cover skills and also still has legal issues pending. This free agent safety has greater speed, better cover skills, and also is just of a big hitter as McDonald.

The Baltimore Ravens has reported that they will not pick up the fifth year option on their 2013 draft selection. The Ravens selected Matt Elam as the 32nd overall pick of the first round in the 2013 NFL Draft with the expectation to be the replacement of their recently retired All-Pro Safety Ed Reed.

Elam had a very up and down rookie season. His first year he was with the Ravens, they attempted to convert him into a free safety because of injuries to another safety and disappointment of veteran free agent Michael Huff. Not that the free safety was his traditional position, but he was there to fill the loss of Ed Reed. The expectations were sky-high, but the rookie went through growing pains and it appeared Elam had been setup to fail from the beginning.

What the Rams can get from Elam is a player that posses tremendous speed, where he clocked a low 4.3 seconds in the 40 at his pro-day at the University of Florida, and 4.4 at the NFL Combine. Elam can play close to the line of scrimmage or in the box very on down and field position. He can be best when he is asked to make a play, by either blitzing or one-on-one off the edge. He has the ability to cover slot receivers like a corner or a nickel slot, as well as tight ends. It has been times when he flashed tremendous havoc when the plays are developing in front of him. He has closing speed to chase down ball carriers or recievers who has slipped free up the field. He posses great hands and the ability of breaking up passes at its highest point even when his head is not turned to locate the ball.

Over his career he has had issues with missed tackles which subsequently gotten him benched. This is one of the focal points why the Ravens are not picking up his fifth year option. He tore his bicep in 2015 causing him to miss the entire season and placed on the injured reserved. They are simply waiving him because of injury, something that the Rams organization know so well. This is where the Rams can pick up another veteran free agent defensive back with a one year prove it deal.