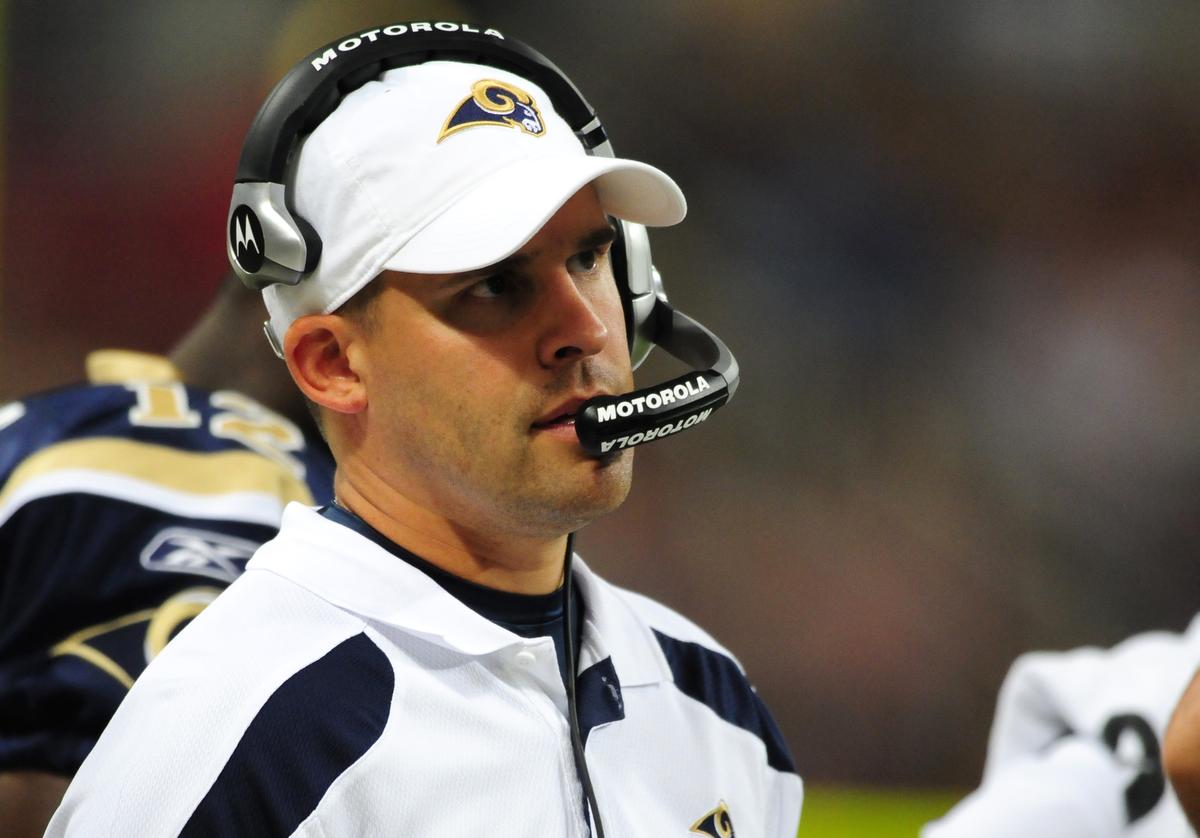 With the Rams in the midst of finding their next Head Coach post-Jeff Fisher, here is our panel’s views on the coaching search and who makes the most sense.

Who I think the Rams should hire, and who they’ll actually hire are two very different questions. Therefore, Im going to compromise the two. Kyle Shanahan is the obvious answer, but the Rams dont have the assets and are simply not an attractive destination for the top coaching candidate on the market. The Broncos have a great defense, they have weapons on offense, and more importantly, they have a competent front office. Therefore I’m going to settle with Sean McVay. In Washington he’s lead the sixth most efficient passing offense and 10th highest scoring offense, all with Kirk Cousins. This is a guy who’s grown up around football. He’s a football guy. He’s only 30, but that also makes him the sexy hire Demoff and Kroenke are looking for.

Despite the fact that the media has continued to remind everyone that Jim Harbaugh has stated that he doesn’t’ plan to leave his Michigan dream job. I beg to differ.

Since Harbaugh’s return to the collegiate level, as usual he has revamped a program and turned them into a perennial powerhouse. Unfortunately, for his 2016 Michigan Wolverines team they came across a couple of speed bumps which subsequently derailed them away from a BCS Playoff Bid, with the potential to win the National Championship.

The derailing started when Michigan lost their last three out of four games. They lost on a last second field goal by the Iowa Hawkeyes 14-13, ending the undefeated season. Two weeks later, they would be robbed of their contention for the Big 10 Championship game on a badly spotted ball by the officials. It appeared that Michigan had stopped J.T. Barrett about a half foot short on fourth and one. Then the bowl game against Florida State losing in a shootout with the seminoles losing 33-32. Clearly, the Wolverines best defensive back Jabril Peppers did not play that game but may have helped Michigan in wining the bowl game.

Harbaugh has taken Michigan about as far as they are going to go in just a short period of time. No matter where he goes, he does nothing, but turn programs and organizations around with immediate success. University of San Diego, Stanford University, and the San Francisco 49ers, he turned them all around within his first season coming off a four win season. No one could even begin to expect that in his first NFL season he would lead an organization to the NFC Championship.

Accepting the Rams head coaching position, the positives that Harbaugh will inherit with the team, are a young franchise quarterback, young franchise running back, and what seem to be left of a top tier defense. Harbaugh has turned potentially labled bust NFL quarterback to a Super Bowl starter, two collegiate quarterbacks as NFL draft picks, and one as a potential Heisman Runner-Up.

Detroit Lions lost yesterday in the playoffs against the Seattle Seahawks, and the Rams are flying to Detroit to meet with the Lions defensive coordinator Teryl Austin for head coaching interview. But wait folks, guess what is just simply 42 miles down the road from Detroit? Absolutely, Ann Arbor, Michigan, home of the Wolverines campus and standing in the doorway is Jim Harbaugh. It’s just my theory, but I expect the Rams front office to take a checkbook and make a final pitch to Harbaugh while in the state of Michigan.

It is my opinion that he is the best fit for Jared Goff, and get this organization wheels rolling to success. Also, this gives him the opportunity to get back at Jed York and Pete Carroll twice a season in the NFC West.

I have been ranting and raving about how Sean McVay is the next Adam Gase so this shouldn’t come as much of a surprise. Ultimately it goes past the fact he apparently slayed his interview with the Rams and they seem to love him. No, the fact is this he’s 30 years old which isn’t a drawback in my book, to me it means he’s more connected to today’s offensive game, he’s an offensive minded coach who really turned Kirk Cousins into something special over in Washington and turned the offense in general into something special finishing third in the league, he has the bloodline via his grandfather John McVay and has clearly been around football his whole life. He’s smart and passionate about football in general and he seems overall that he’s not the cocky and arrogant little “kid” and tries to keep things in perspective and live in the moment.

That’s a type of guy I can root for, McVay is going to help Jared Goff out a lot, but it’s important to remember he’s also a former Tight End’s coach and that position is going to need some coaching up. Jordan Reed and the resurgent Vernon Davis can attest to the job McVay has done. If you are worried that he didn’t call most of the plays. That’s absolutely false, Jay Gruden confirmed this year via presser that McVay is the every down offensive play-caller.

On top of all of that, if he comes to the Rams he comes into a situation that is quite honestly perfect. The Rams look bad because of their record which was 4-12, but 10 of those games came down to the last possession, the Rams have clear talent on paper and despite all the talent, expectations will likely be low after this disaster of a season. With McVay he can come in and immediately look good if he can improve the offensive showing and lead the Rams to a winning season. It’s not unlikely, McVay doesn’t have to worry about much on the defensive side of the ball. As a matter of fact all he really needs to do is hire a good defensive coordinator and have him bring on some assistant coaches. McVay is likely the biggest boom or bust coaching candidate I have ever seen, but if he’s a boom. You are talking about a HC for possibly the next twenty years as he transitions over to the new stadium in 2019 and will only be 33 years old.

My pick for head coach of the LA Rams would be a coach that has already been on the Rams staff in St. Louis and someone who has connections and relationships with the Rams upper management.  How likely it is that McDaniels takes the Rams job could be entirely dependent on his attitude toward Jared Goff, someone who has considerably more talent than two first year starters he had win games with him this year in New England.  Some will point to his time in Denver as a reason to pass on the Patriots coordinator, although not nearly as bad as viewed, but I in fact look at this as a strength.

He was once the Sean McVay everyone is seeing rise up the charts as a potential head coaching candidate at a supremely young age.  McDaniels was said to be overbearing and tough to work with in Denver but has admittedly changed his thinking about micro-managing and how to manage a staff and team entirely. Much more likely to allow his assistants to do their jobs and with a high possibility to bring in a Patriots GM candidate with him are huge pluses to me. His creativity is off the charts and his ability to game plan an offense based on player strengths are what should make Ram fans salivate.  As with most of these HC candidates, a lot of their teams success will not only hinge on their ability, but their ability put together a competent staff that can develop talent and work towards a common goal. Although I think some candidates may be better, Gruden or Harbaugh, I don’t entirely believe that those candidates are a great possibility.  Although, don’t be surprised if the man who once worked with Gruden while with the Buccaneers, Kevin Demoff, can pull the star personality and coach out of retirement.

Those are our picks. What are yours? Sound off below!

Meet Matt Elam: Defensive Back Looking For A New Home