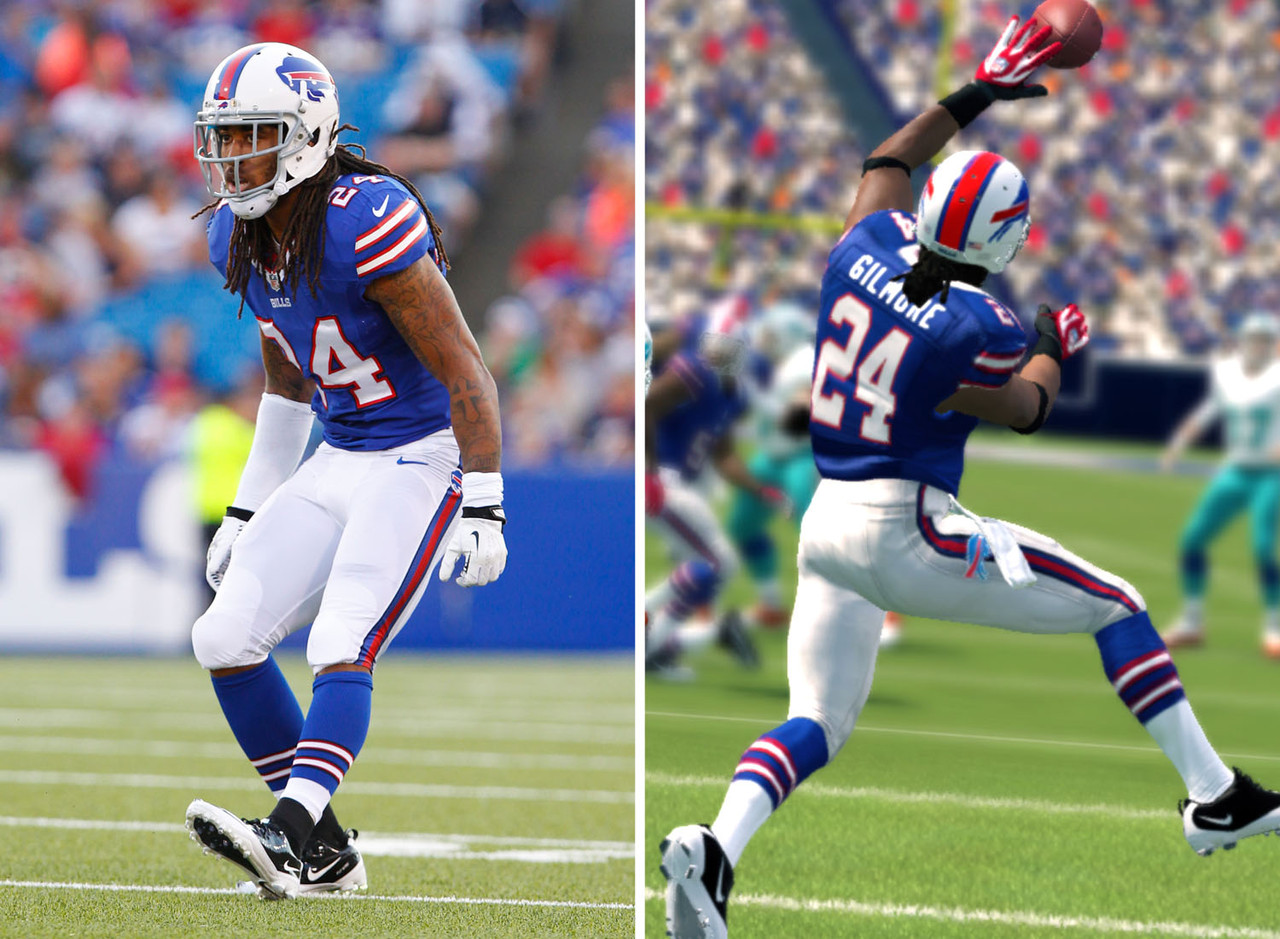 The Los Angeles Rams is in desperate need for a cornerback that can come in immediately and start opposite of Trumaine Johnson. Rams may have their own issues in trying to contain Johnson as a Ram, especially after his former defensive coordinator Gregg Williams has accepted the same position with the Cleveland Browns. The Rams placed the franchise tag on Johnson after negotiations had broken down with cornerback Janoris Jackson who boasted them for the New York Giants.

First things first, it is imperative that the Rams resigns Johnson as well as bringing in another high profiled corner to compliment Johnson on the opposite side of the field, such as free agent cornerback Stephon Gilmore of the Buffalo Bills.

Gilmore was selected by the Buffalo Bills with the 10th overall pick of the 2012 NFL Draft. Many NFL scouts labeled him as a true shutdown cornerback and a franchise cornerstone to build around him on the defensive side of the ball.

At 6-foot-1, 190-pounds and a 40 time of 4.4 seconds, Gilmore offers a unique blend of size, strength and athleticism. His ability to play press coverage allows him to use his physicality to jam wide receivers at the line of scrimmage, which disrupts the timing of opposing passing games. In fact, cornerbacks that contain the size and athleticism of Gilmore are at a premium. With more and more teams drafting bigger and faster wide receivers, the supply of cornerbacks that share similar physical traits are rarely available.

Gilmore has the physical makeup of a prototypical cornerback teams would die to have on their roster. He is a lightning fast, brutal, statistically has had his best year with 5 interceptions and 12 pass deflections. With a majority of offenses emphasizing the passing game in today’s NFL, the demand for top cornerbacks to counteract the high passing offenses is at an all-time high, and teams will throw high dollars toward Gilmore way similar to what Janoris Jenkins received last season. If the Rams intentions are to truly make this team contenders, they would place the franchise tag Johnson again, and aggressively seek out Gilmore. After they are able to sign Gilmore, they could then work on a long term deal with Johnson securing his future.

The Rams has had many different combinations starting for Johnson when he was injured in 2014-2016, with E.J. Gaines was the main figure who had replaced Johnson in the line-up. The undrafted free agent played well when Johnson injured his leg in 2014, but missed the final two games of that season with a concussion. Gaines would miss the entire 2015 season when he broke his foot in OTA’s. His 2016 campaign wouldn’t far better, as he started off the season with an hamstring injury, the Rams has tried Troy Hill, LaMarcus Joyner, and Michael Jordan as corner replacements. Hill probably played the best of the three, but was released after off the field issues. Later he would be resigned and didn’t play as well as he did before he was released.

The Los Angeles Rams has a great opportunity to bring in a young and proven talented cornerback to stop a high profiled passing team.