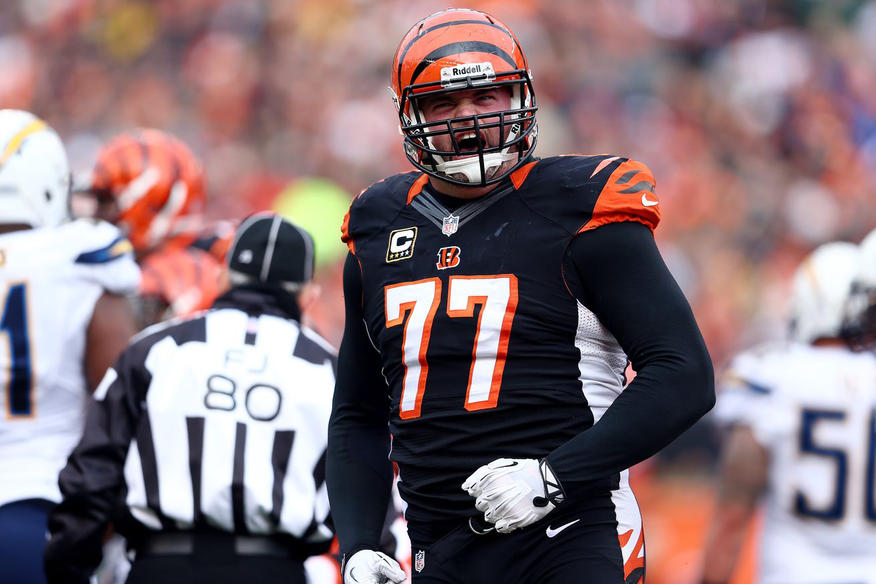 Rams COO & Vice President Kevin Demoff has said that the team is not rebuilding and they have plenty of cap space to make some signings this off-season. Here is a list I have compiled of players the Rams should target on offense.

The former Trojan star QB has gone from rock bottom to having a chance at salvaging his career. Now, Barkley needs to cut down on his turnovers since he did throw 14 interceptions, but he showed some promise if he gets the weapons around him, the right system and learns from his mistakes. He could start someday, but in this scenario I would be targeting him as a backup, especially if the Rams trade former third-round pick Sean Mannion.

Barkley made $595,588 this year for the Bears. He showed some poise and toughness which leads me to believe there is no reason he would be too expensive to backup Jared Goff next season.

Yes, the former Ram that the media started comparing too early to be the next Tom Brady or Kurt Warner. Austin Davis was a competitor for the Rams in 2014. He was the most exciting QB the Rams have had since probably Marc Bulger back when he was throwing to Isaac Bruce, Torry Holt and Kevin Curtis. Davis showed some serious promise, but he was a victim of Jeff Fisher’s lack of knowledge on offense.

Davis bounced from the Cleveland Browns to the Denver Broncos as a backup. Fans may have turned on defense after he started turning the ball over in mass quantities later in the 2014 campaign, but they sure would have taken that performance at the beginning of 2014 this year. Davis would be an interesting backup for Goff. A return may not be likely, but he would come very cheap as he only made $1,250,000 last season.

I’m not a huge fan of letting go of a guy who looked better than our starting RB at times. Cunningham may not be a flashy or big name compared to Todd Gurley, but the man does his job. He is the best back on the team in pass protection and receiving. He has also showed promise as the best return man on the team.

Cunningham may end up not being a Ram next year, but the Rams would be wise to bring back a guy like this. He shouldn’t cost too much since he only made $1,671,000 this year.

A direct casualty and example of what happens to backs that are too small to carry the majority of the load. Ellington showed serious potential as an explosive piece early on in his career, but the emergence of third-round pick David Johnson has made Ellington the forgotten man.

If Cunningham is let go the Rams might want to bring in this back to help in the passing game. With Gurley as the bigger bell cow type, Ellington could come in as a change of pace like Tre Mason was supposed to be. Ellington only made $565,966 last year and was barely used to begin with. He would be a very cheap steal of a pickup for the Rams.

This back is one of my favorites in the league. He had a rough year, but 2015 showed us exactly what he is capable of. A signing of Murray would definitely send a message from the front office that they are worried about Gurley or have lost at least some confidence in him.

Murray according to Spotrac averages out as a 3.3 million dollar a year type of player which the Rams could fit in their budget. At 25 years old if the Rams had another bad year out of Gurley they could pull the plug and use the insurance with Murray.

The Rams obviously need to bring back their first 1,000 yard receiver since Torry Holt, but does he want to come back? Britt was brought in by Jeff Fisher who previously coached him in Tennesse on a prove-it deal. Britt has really proved it since, but now that Fisher is gone it remains to be seen if he will stay.

It’s the right move to re-sign Britt, but the Rams might have shot themselves in the foot with the Tavon Austin contract extension that will surely shoot his market value through the roof. The good news is Spotrac’s projected mark value leaves Britt at an affordable 6.7 million annually. If that’s the case a re-signing of Britt is a no-brainer.

I am not a huge fan of Garcon, but there is no doubt he had an impressive year going over 1,000 yards and playing all 16 games for Sean McVay’s offense. McVay, who has been mentioned many times by us at Downtown Rams is one of the HC candidates for the Rams. If McVay comes on board this signing of Garcon would not be shocking.

Garcon since he is two years older than Britt with similar production would likely command around five million annually. He is a veteran presence who could help a young QB like Goff. His teammate DeSean Jackson who is also a free agent might be a little too injury prone to consider.

There isn’t much to say about Holmes. He hasn’t really had much of a chance being buried on the Raiders depth chart, but as the playoff game versus the Texans showed. He is reliable and can make plays when he gets a chance to.

Holmes would be real cheap since he barely has production to speak of. He would also make for a nice red-zone option.

Perhaps if the Rams are really serious about developing Goff, they could grab him an elite big bodied WR he could grow with. Alshon Jeffery is who I, and many others wanted over Brian Quick, but with that being said there is still a chance. It really depends on how much the Rams are willing to allocate to their WR’s.

Jeffery according to Spotrac could command 11.5 million average annually. The Rams likely wouldn’t be able to keep Britt if this were the case, but Jeffery is young and is arguably better than Britt to begin with. Mike Groh who is the passing game coordinator at the moment knows him well and if he’s given another chance to stay with the Rams (as he should) there is a possibility Groh lures Jeffery to Los Angeles.

Another WR who doesn’t have a ton of production is the former Junior College to Tennesse transfer star. Patterson is intriguing because he should also be a somewhat cheap option and he’s very young. You could argue Patterson is a slow developer and perhaps is close to finally becoming what many thought he could be. Even if the Rams don’t think he has a future at WR he could definitely be a cheap option to be the returner. Patterson is arguably the best in the game at that and for a team that hasn’t had a kick returned for a TD in years, Patterson would be a new change to that trend.

I love Jeffery, but Pryor is also a very intriguing option and he’s likely to be cheaper than Jeffery without much drop-off. In his first season as a full-time starting WR he accrued over 1,000 yards with five different QB’s.

Pryor according to Spotrac is projected to make 9.1 million annually per his market value average this free agency. That is definitely do-able for the Rams if they miss out on the Jeffery sweepstakes.

This tackle right here is ranked no.2 per PFF and he’s going to be a free agent. Yes, he’s 35, but he would make for a perfect plug-in-play Pro Bowler protecting Goff’s blindside. Whitworth because of his age would be a decent value type signing.

The Rams should be interested in the combination of signing Whitworth and drafting a franchise LT to learn behind Whitworth. Greg Robinson is clearly not getting any better so they may need to draft a new LT in hopes Robinson can move to guard.

Here’s another former first rounder from Minnesota that hasn’t quite lived up to the pick, but Kalil is solid and for a team that doesn’t have anything to help protect Goff’s blindside. Kalil would make a lot of sense. He wouldn’t be too expensive and he’s still young. Whitworth might prefer going to a title contender over the Rams question mark of a situation. If that’s the case Kalil would be a good backup plan.

Leary has played well in Dallas’ historic offensive line. Leary has continued to improve every year and at 27, could still give the Rams some good years until they find a premier guard in the draft or they develop someone on the roster.

Leary isn’t a need, but he’s likely not going to be too expensive and the fit is there. With La’el Collins on-hand it’s likely Dallas lets Leary walk in free agency anyway.

Zeitler and Whitworth aren’t both going to escape Cincinnati, there is no way the Bengals can allow that to happen. Zeitler might get slapped with the franchise tag, but if he’s available and the Rams find the need to move on from Saffold and use the cap savings to splurge on Zeitler.

Zeitler is considered a top five guard in the league and with the problems the Rams had on the offensive line they might find the need to grab the best guard on the market.

So Matt Paradis is someone you probably have never heard of. He’s the best center in the league according PFF and if you turned on a Broncos game he sure earned that title. Too bad the rest of the NFL disagrees. Paradis wasn’t invited to the Pro Bowl, but he is definitely a Pro Bowl caliber player.

The former sixth-round pick broke out in a big way this season and he’s likely to receive a huge deal. This has got to be the year the Rams finally find their center. Tim Barnes hasn’t cut it and that’s an understatement. Paradis would be a huge step in the right direction towards fixing this offensive line. Paradis is a mean mauler the Rams have needed for awhile now to help out the run game.

The cheaper option would be J.C. Tretter. He finished as a top 10 center in the league for the Packers this season. He is two years younger and since the Packers have Corey Linsley it’s quite possible the Packers let Tretter walk. Tretter would be a huge upgrade at center for the Rams and would be likely cheaper than Paradis.

Bottom line for the Rams is that Tim Barnes can’t be starting in 2017. Tretter or Paradis would make waves of improvement for the worst OL in the league.