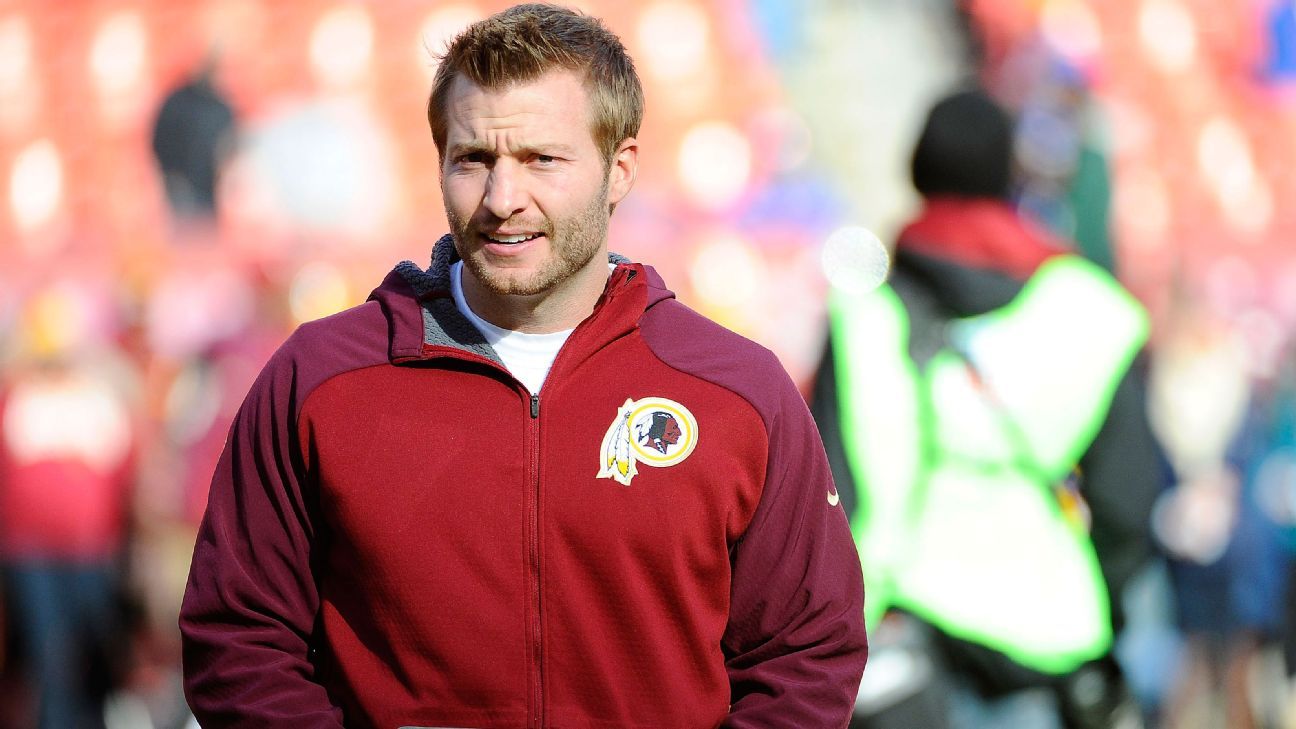 The Rams long awaited Head coaching search looks to be taken a turn in the late going. Today, the Rams interviewed Patriots Offensive and Defensive Coordinators Josh McDaniels and Matt Patricia respectively. Whether that well or not, interesting news has come out per Mike Florio of Pro Football Talk.

The Rams are doing extensive homework and research on Redskins OC Sean McVay who they interviewed Thursday. What is the new dialogue going around is that the Rams brass feels as though McVay is the best hire to work with and ultimately develop 2016 no.1 overall pick Jared Goff. Which he’s definitely proven something with the way he helped develop Kirk Cousins.

It’s not a bad move for the Rams and it’s one I keep stressing. McVay could be the next Adam Gase or maybe even more than that. In desperate times like this it makes sense to throw caution to the wind with the roster you have in hopes McVay is a diamond and he was just the one missing piece all along. If age really mattered then apparently that was dis-proven by the lack of success bringing in Jeff Fisher claimed.

Bottom line is this, the Rams have passed up on too many young coaching candidates over the years to just let this one fly past their heads. It says a lot that a guy like McVay who is only 30-years old is interviewing for Head coaching jobs. The Rams might be the perfect situation to prove he’s not a one QB wonder. Goff struggled and went 0-7 in his rookie season, but how good would it look if McVay came in and all of the sudden Goff looked like the first overall pick?

The Rams gave up the farm to get Goff, it led to them trotting out their football onto the field without 1st, two 2nd and a 3rd round talents until the week 11 game versus the Dolphins for them to even get to see their first overall pick. With this trade the Rams won’t have a first-round pick this off-season after going 4-12. This trade needs to pan out for the Rams and if the Rams feel Sean McVay is the man to bring Goff along and build an offense again then that’s who they should go with. I believe with the talent they have on defense it’s only a matter of the offense coming together until the Rams finally take the next step.