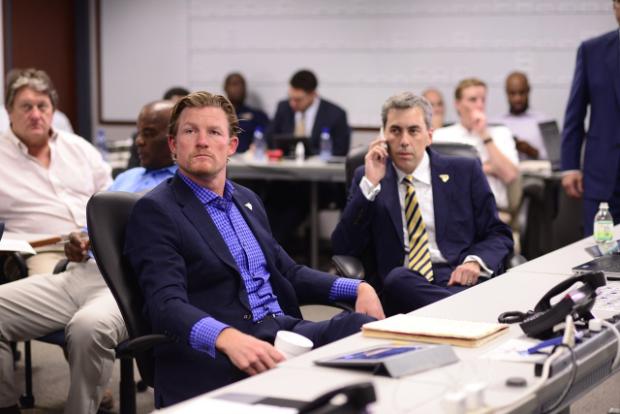 For the first time ever, NFL teams will be eligible to trade their compensatory picks, that has been awarded in this season 2017 NFL draft. If awarded, the Los Angeles Rams are expected to trade one of of the three compensatory picks that they are expected to receive from players being signed by other NFL teams last off-season. The Rams moved up in the 2016 NFL Draft with the Tennessee Titans by trading picks to put themselves in position to draft Jared Goff, out of the University California of Berkeley.

The Titans more than likely will receive the Rams 3rd round compensatory pick if awarded, are from terms of  the Rams Goff trade last year. The Rams will be receiving that pick because they lost Janoris Jenkins in free agency whom signed a free agent deal with the New York Giants last offseason.

The Los Angeles Rams are hoping to be awarded the three following compensatory picks:

A fourth-round draft pick for losing S Rodney McLeod to the Philadelphia Eagles.