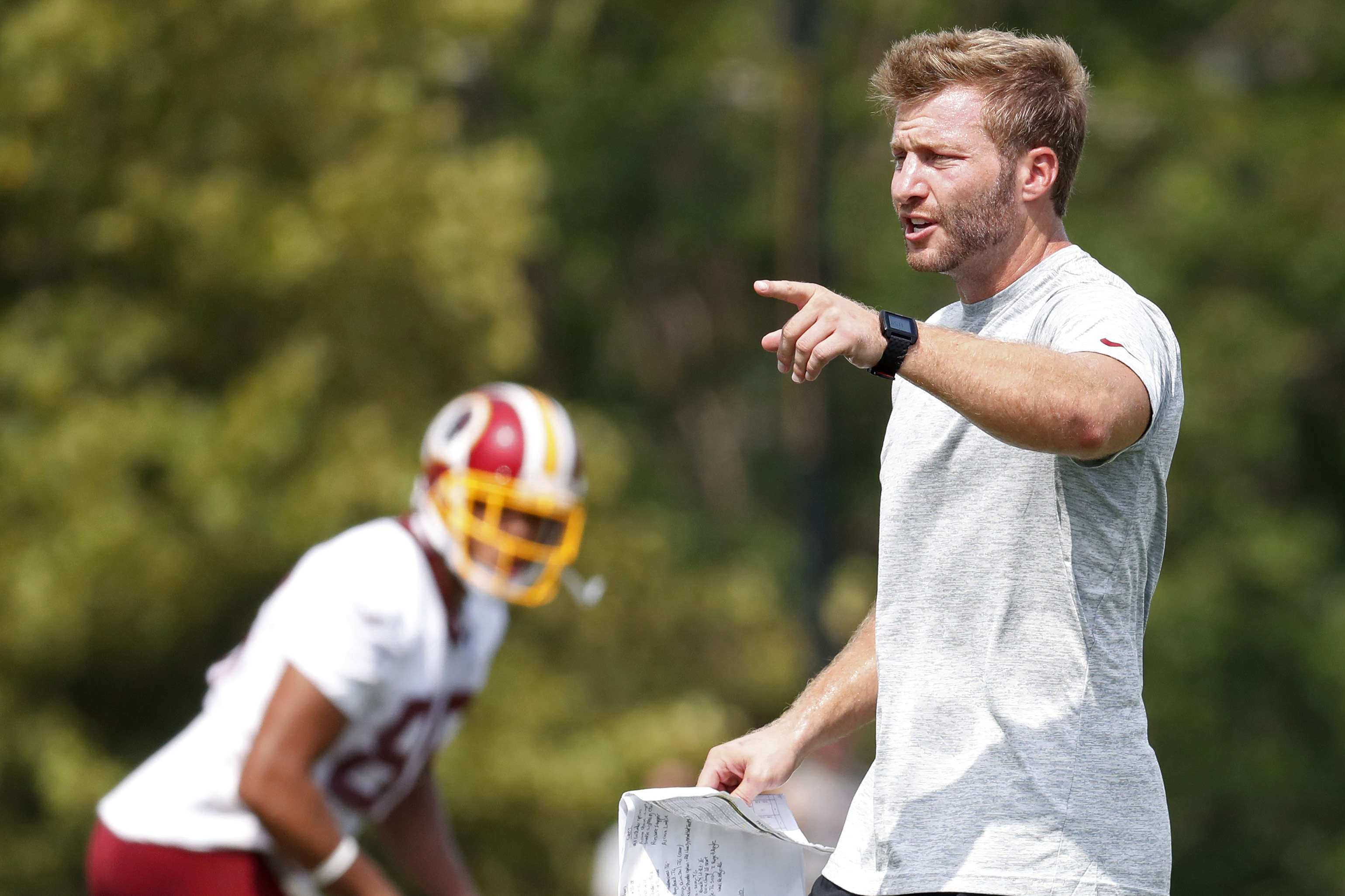 The Rams are doing their homework on who will be their next Head coach. Many of the big named coaching candidates are obviously talked about the most, but are people making a mistake in writing off Sean McVay?

The Washington Redskins Offensive Coordinator interviewed with the Rams today. McVay, who has helped QB Kirk Cousins ascend above most of the league at the position, is only 30 years old. Hiring McVay of course would not only shock the entire NFL landscape, but also make NFL history. McVay would be the youngest coach in the history of the league to ever assume a HC job. Wouldn’t that be crazy going from old Jeff Fisher to young Sean McVay?

It’s not as crazy as it sounds McVay is actually a name to watch. He has a resume, he has the L.A. looks, he has the youth and most importantly he has already interviewed. McVay likely might have had his first HC interview and it came with the Rams. I mentioned him in a piece before Fisher was even fired which you can check out here.

“This is the name to watch out for. Sean McVay has not been talked about at all as a potential Head coach, but the 30-year old budding star has QB Kirk Cousin and company rising to new heights in Washington. McVay’s offense is first in the league despite not having a top five QB, not having an elite RB, not having a great bunch of receiver. Yet, everything is going right for the Redskins offense. They are 6-4-1 and Cousins is leading the league in passing yardage. McVay is the successor to another candidate named below Kyle Shanahan, but he’s arguably done a better job than Shanahan with the Redskins.

Again, he’s 30-years old so the Rams might not want to roll the dice on a youngster like that, but McVay could be the next Adam Gase type of coach. For a team that has passed on many of these young up-and-coming coaches this might be the right move. McVay has turned Cousins into one of the best young arms in the league. McVay could do the same for Jared Goff.” – Me (November 27th, 2016)

I still 100 percent stand by this heading into the decision. McVay is a serious possibility and if anyone has seen the amount of improvement Adam Gase has made on the Dolphins that should be encouraging enough to find the next Gase before he becomes a household name.

McVay is likely to receive many disapproval’s if he is named Head coach, but people need to realize McVay could be something special and also, for the millionth time the Rams aren’t getting Jon Gruden. So with that being said everything needs to be kept in perspective.

If one thing we have learned from Kevin Demoff is that he wants to make sure the Rams can build around Jared Goff. McVay’s work with Cousins is very encouraging and even though many say it’s because of offensive-minded HC Jay Gruden…McVay was actually the one who called the offensive plays. He also got the most out of UDFA RB Rob Kelley and 5-foot-8 WR Jamison Crowder. The Redskins didn’t make the playoffs, but McVay’s offense wasn’t the reason.

One thing could help McVay transition to the big HC position is the fact his grandfather John McVay was a Head coach in the NFL for the New York Giants and he was the Director of Football Operations for the San Francisco 49ers when they won five Super Bowls. That might not bode well for the Rams if Sean decides to follow in his grandfather John’s footsteps. He is after all, interviewing with the 49ers. With the Rams likely to lose Kyle Shanahan to follow in his fathers footsteps, the pedigree could be a bad omen for the Rams.

Regardless, if McVay decides to be the next Rams HC and the Rams decide to hire him the Rams could perhaps be getting one of the best offensive minds in football. With McVay already interviewing for a HC position at 30 years old, makes you wonder if he’s a future coaching prodigy on the way. There is only one way to find that out and the Rams might be the team to do it this month.