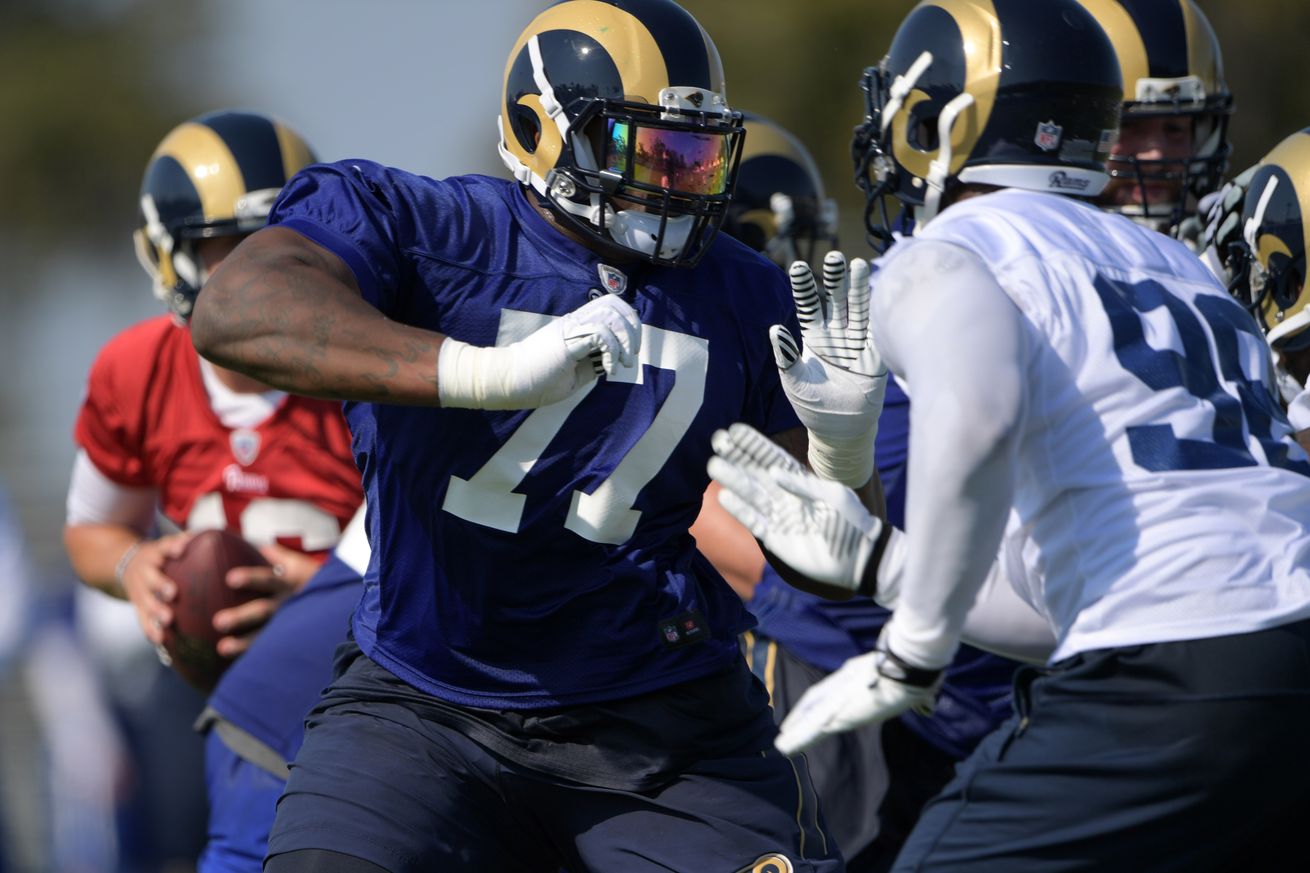 The 23-year old who has gone back and forth off the roster and onto the practice squad looks to be officially given up on by the Rams organization. Once a project, Battle had been dubbed a possible savior and insurance to if Greg Robinson became a bust (which he pretty much is to this point). Not a shocker here to see another player the Rams drafted leave un-developed or better yet not really bothered with.

Battle is still very young and no one should be surprised if he catches on elsewhere. The Rams OL coach Paul Boudreau has absolutely failed in his job to develop young offensive lineman on the team.

It’s not sad necessarily to see a guy who never played a regular season game even on a team that has the worst offensive line in football. What is sad is the fact this is just another you can add to the list of players either the Rams never developed or just didn’t give much of a chance to.

Hopefully Battle doesn’t punish the Rams faithful by breaking out in Kansas City, but if he does…once again. Don’t be surprised.