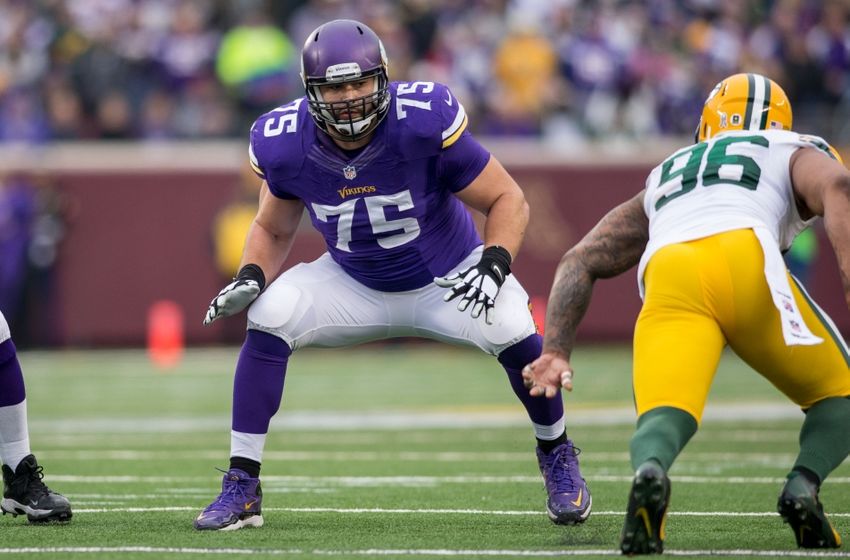 Matt Kalil is a 6’7″ 317lbs. veteran offensive tackle for the Minnesota Vikings, who had chosen him with their #4 overall pick of the 2012 NFL Draft. He is the little brother of the starting center of the Carolina Panthers Ryan Khalil.

Khalil is originally from Anaheim, CA where he starred in football at the power house Servite High School. From his great play, he landed a scholarship to play at the University of Southern California for then head coach Lane Kiffin. Originally recruited as a right-tackle he was beat out by former Trojan Tyrone Smith. An apparent injury to another Trojan lineman his sophomore year, gave Kalil opportunity to play at the left tackle position. He crafted the position so well, that the next season he was retained as the starter, in which would subsequently make him a high draft pick after declaring for the 2012 NFL Draft.

Kalil has started every game is his career at left tackle for the Vikings, until being forced to be placed on the injured reserved. He had an apparent hip injury he sustained on September 21, 2016, the second game of the season which ended his season.

Kalil was playing under his 5th year option of his contract where the Vikings had picked up his option before his injury.

The Vikings will probably expect Kalil to exercise his options to agree to a pay cut to re-sign with the team. The 2016 season, he earned $11.096M for what amounted to a two-game season and it’s hard to visualize that the Vikings will agree to that type of guaranteed contract again. A one-year deal with some incentive clauses could make sense for the Vikings, but Kalil seemed to be offended at the suggestion that his health could impact his leverage. Kalil has mentioned that he loves Minnesota and had this to say:

“I’d love to stay here the rest of my career.” “This is the team I started out with in the NFL, and I’ve been playing with these guys. I’ve met a lot of great friends here, my wife is from here. It’d be a good place to finish my career.”

However, the Los Angeles Rams has a great opportunity to change Kalil’s opinion of remaining with the Vikings, Minnesota, and to finish his career in the one state where his football career originally started. Expect the attempts of the Vikings to try and low-ball Kalil of negotiations offers, of $2.5M with incentives.

The average left tackle in the league makes about $6.6M per season. At this point, the Rams can comfortably begin negotiations with Kalil’s agent at the minimum of $4M plus incentives to gain his attention, barring that he is able to pass a physical. It makes much sense that Rams push toward a proven iron man at left tackle, whom has only bettered himself each season in the league. The former pro bowl tackle had started all of the 66 total games he’s started before his season ending injury.