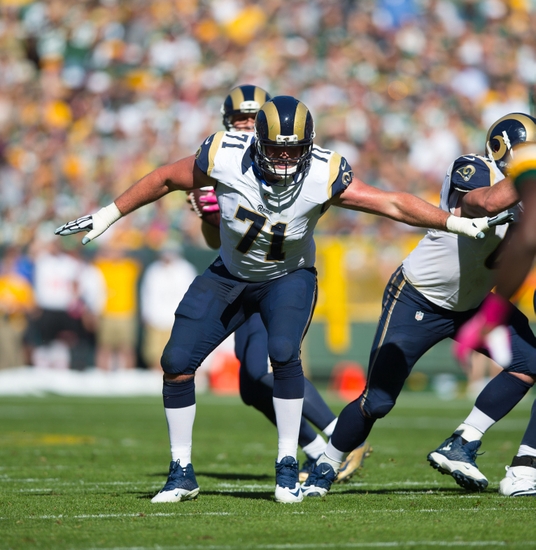 Former Los Angeles Rams offensive lineman Garrett Reynolds, was signed by the Detroit Lions this afternoon to its active roster. The Lions will playing this weekend playoff game against the Seattle Seahawks. This move was made after The Detroit Lions have placed offensive tackle Corey Robinson and cornerback Asa Jackson on injured reserve.

Reynolds returns to the Lions after he started four out of 10 games that he played in for the Lions in 2014. He played in the Lions’ wild-card playoff loss at Dallas that season.

Reynolds was signed by the St. Louis Rams during the 2015 season which led rookie running back Todd Gurley to winning the Offensive Rookie of the Year Award.  Reynolds but has not played in the NFL this season after he was released from the Rams’ injured reserve after reaching an injury settlement with the team. The nature of his ailment remains clouded, but Reynolds was eligible to sign with any other team in the league.