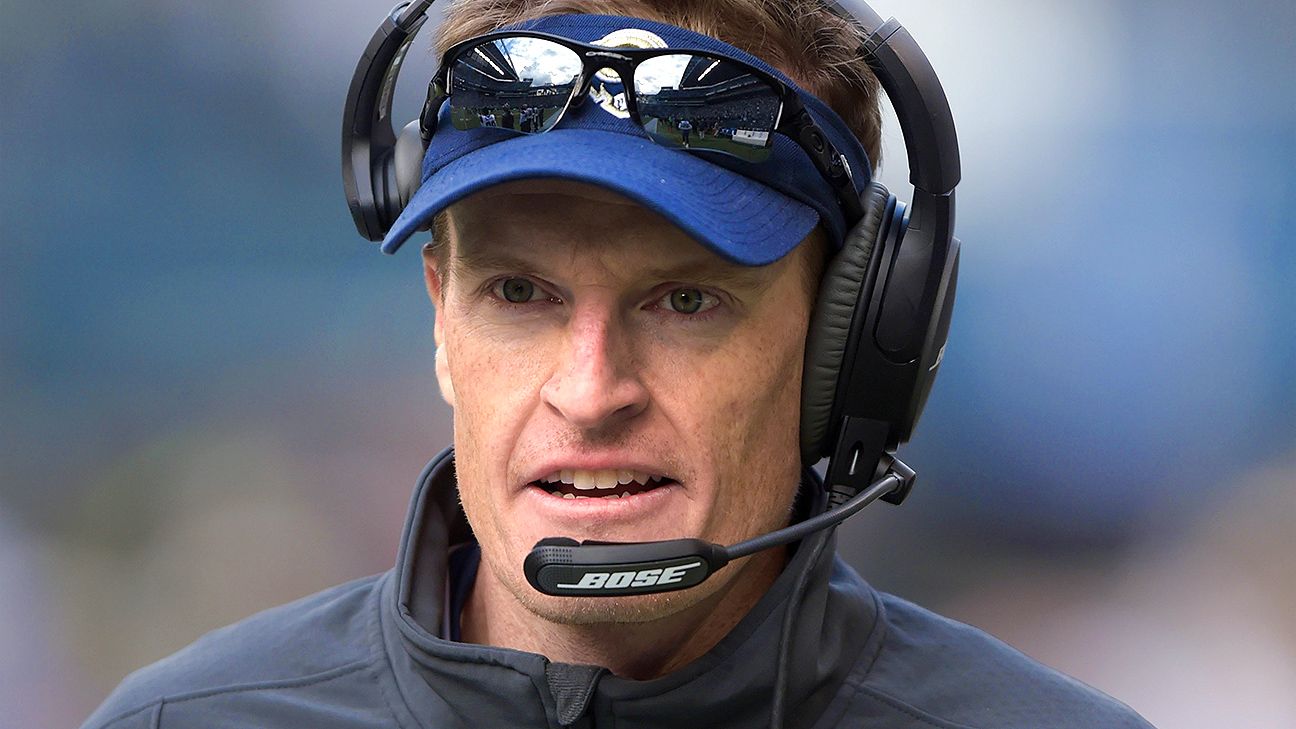 The Rams have already begun the process of finding their next Head Coach. Many names have been linked to the Rams and I am going to try my best to give you a realistic look at the chances of each candidate becoming the Rams new HC.

I don’t know a ton about this guy, but what I have heard is that Austin is a guy who has serious Head Coaching qualities. He really can command a room, be a leader and knows schematics. He may not be the sexy pick for the Rams HC, but Austin could definitely shock people as the underrated coach from this crop.

5/10 – The Rams will likely stick with the idea of bringing in an Offensive minded coach. Austin could very well be in the fold later on like Todd Bowles was before the Rams hired Jeff Fisher.

Anything can really happen when it comes to Fassel. Although he went 0-3 the rest of the way, Fassel showed some serious fire as the Rams interim HC. He has arguably been the most successful coach for the Rams since the Fisher era commenced and if the Rams were going to go in-house Fassel would be the guy.

5/10 – Until I hear that Fassel is not coming back to the Rams it will be hard to imagine him out of this coaching hunt. With new adds like the Broncos and Chargers in the HC mix the Rams could possibly stick with Fassel for one year as a stop gap if they miss out on the right coach.

Goodwin is an offensive line guru in his own right and a move to him would likely be in the decision of trying to allocate much of the development on former no.2 overall pick Greg Robinson.

4/10 – I don’t think this is the year Goodwin jumps ship to be a HC. However, the option to work with younger QB’s in Jared Goff and Sean Mannion over 37-year old Carson Palmer might come as intriguing for Goodwin.

Joseph isn’t even an offensive guy and while the Rams won’t rule out defensive minded coached completely, it just doesn’t seem likely they are likely to pass on an offensive minded coach. Joseph would definitely bring an immediate change, at least schematically. Joseph would likely bring the 3-4 defense back to the Rams franchise, a defensive scheme that was been absent for years with the Rams.

4/10 – It’s not that Joseph isn’t a good option, it’s more so that if the Rams decide to go with a defensive minded coach I fully expect it to be Matt Patricia.

The heat was on for the Lynn sweepstakes, but I wouldn’t put money on him leaving Buffalo. Lynn was given the keys to job pretty early. As a matter of fact it’s been four months since Lynn went from RB coach-to OC-to interim HC. The Bills will likely retain him.

3/10 – There is a possibility Lynn teams up with Gus Bradley so if that were to happen the Rams would need to jump on the idea of snagging Bradley at DC.

I feel as though with this interview, it’s what you would call a “filler”. I could be wrong, but Marrone doesn’t quite bring to the table what the Rams need. This would be the wrong hire for the Rams.

2/10 – There is always a chance, but Marrone is more likely to end up back in Buffalo or stay with the Jaguars than beat out all the coaching candidates for the Rams.

Be honest isn’t it starting to look like McDaniels will return to the Rams and seek out vengeance for his lost season as a coordinator? No, fine then you are going to be late to the party.

8/10 – McDaniels could very well be the front runner, he knows the front office personnel, he loves young talent (which the Rams have a ton of). Rams/McDaniels part 2?

I can’t stress enough how much I like McVay and how much I think he reminds me of Adam Gase. McVay may not be in the market this year, but if the Rams want a guy to invest in it would have to be McVay. Strike before the iron is hot in this case. If the Rams wait for him to become a household name it’ll be too late.

6/10 – He’s almost 31 years old, but don’t let it fool you. McVay is a very intelligent and has a great NFL offensive mind. What he did in Washington with QB Kirk Cousins was impressive. Goff would be no different.

I have a feeling that Matt Patricia is going to end up replacing Belichick which is why he passed on the offer by the Cleveland Browns last year to be HC. Patricia, if available however, could definitely come to the Rams. There is a good indication he will have plenty of interest around the league.

5/10 – I don’t write this off and as a matter of fact I think he would fit well with the Rams. The issue is this: He is going to be heir to Belichick’s throne. It’s going to be hard for Patricia to wait, but it will be worth it when he receives the keys to New England.

This guy right here is running the league’s best offense, has turned Matt Ryan into a great looking QB and has led the no.1 scoring offense with HC Dan Quinn into the playoffs. To go even further, the Falcons now have a first-round bye (if they didn’t the Rams couldn’t interview Shanahan this weekend anyway). Shanahan is the perfect QB whisperer for Goff or Mannion.

6/10 – I really think Shanahan will decide between Denver and Los Angeles. Denver is obviously the more winning type of environment. However, would you rather go to an easy situation with high expectations or go to a difficult situation and build a contender yourself? I’ll leave that question up to Shanahan and he will answer it by his next HC destination.

This would be a complete disaster for the fans of Los Angeles. Honest to god if the Rams want to make this kind of move, they might as well bring back Jeff Fisher…just kidding…kind of…

Depending on when the Rams actually decide on a HC, there will likely be more candidates when playoff teams are eliminated, but for now I don’t think it’s wise to say any names besides these 11 that have interviews with the Rams.

Meet Jamie Collins: The perfect upgrade and fit to the Rams Linebacker Core