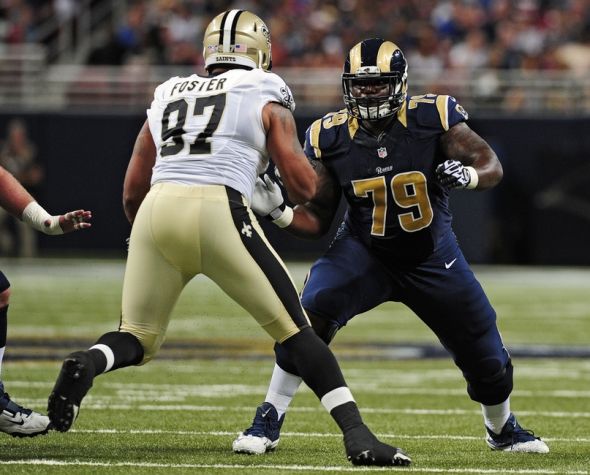 Hopefully you have been following along up to this point, but if you haven’t, you can click the following links below. We have taken a look at the skill positions on offense and now we move on to the trenches and the offensive line. We’ll start with the tackles.

It’s hard to see the Rams keeping Robinson especially with a new coach coming in. Drafted with the second overall pick three years ago, Robinson simply hasn’t been good. In fact, he’s been borderline terrible. He leads the NFL in holding penalties over the last two seasons.

The problem with cutting him is that the Rams don’t gain anything by doing so. They simply take a $6-million cap penalty and as mentioned previously, they don’t save any money. While cutting him would be nice, unless the Rams want to take the cap hit, it’s nearly impossible.

The Rams would save money by cutting players at other positions, but with a limited salary cap, taking a $6-million hit is a tough pill to swallow.

Five years ago, the Rams traded another first round bust, Jason Smith, to the Jets in return for Wayne Hunter. A similar deal is the best the Rams can hope for. Unfortunately, it’s no secret around the league that Robinson has been bad.

#BlaineVerdict: Stay, but try to trade. I’ll take a nickel in return at this point.

In his rookie season, Rob Havenstein was a pleasant surprise. He was a stud at right tackle. This year there has been nothing but regression, and injuries might have something to do with that as well as coaching.

Havenstein is worth keeping around hoping that he can return to what he was in 2015. The Rams have to start re-building the offensive line and a good Havenstein gives them a decent start in doing that.

Williams spent the year on IR as a back end of the roster player. The Rams could bring him back, but this is a situation they could cut him, give him an injury settlement, and move on. Whoever comes in is going to know the offensive line is priority number one. Williams was hurt all year this season and missed the majority of 2015 as well with a wrist injury. The new coach will want to bring in their own guys.

Murphy has spent a lot of the season inactive, but the undrafted rookie has gotten some reps in practice and took the final ten snaps after Havenstein’s injury last week. Depending on how he plays in his limited snaps could determine his fate for next season not only for the Rams, but for other teams as well.