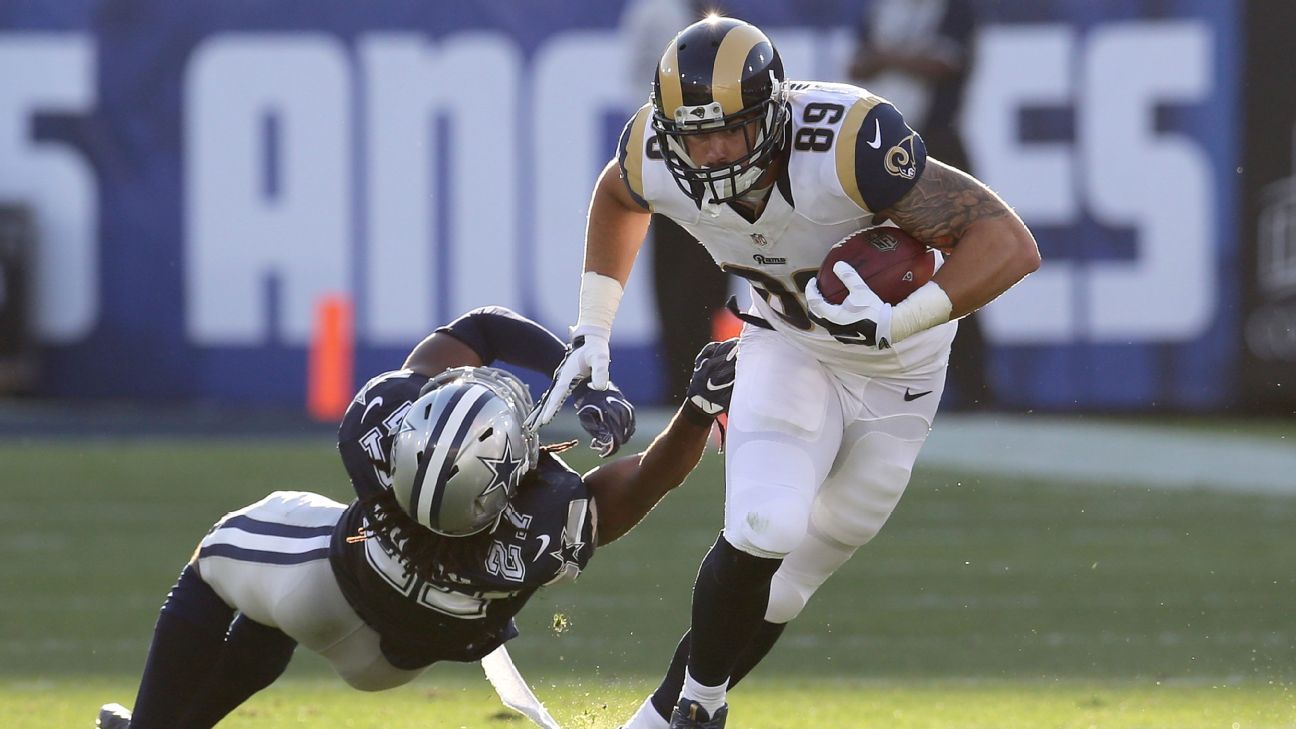 As a starting point, we’ve been taking a look at each position and figure out which players will be back in 2017. Here we’ll look at the tight ends. In case you missed our previous positions, you can check them out by clicking the links below.

When he was behind Jared Cook, Lance Kendricks was seen as a salvageable tight end. Being  called upon to be the number one guy this year, he was exposed. Concentration drops lack of effort are just the beginning of it.

Kendricks hasn’t been the player that the Rams need him to be. He’s not a pass catching tight end, it’s just not his style. Kendricks was drafted by Steve Spagnuolo and Billy Devaney and then received an extension by Les Snead and Jeff Fisher.

He’s survived two regimes, but will not last a third. By cutting Kendricks, the Rams save $4.25-million with no penalty. He’s simply too easy to cut and gives no reason not to cut him.

This is where things get interesting. Higbee has not shown that he has what it takes to take over as the guy. It took 16 weeks for him to get his first touchdown as a pro and has just 11 receptions for 28 yards on the year.

He has the physical skill set to be a salvageable tight end. The Western Kentucky prospect is just another player on the list of players I’d like to see in an actual offense. If the Rams cut Kendricks, Higbee is the only option on the roster unless the Rams bring someone in. Even then, he gives them depth.

Harkey is more of a fullback than a tight end and this was really the first year the Rams didn’t use him at all. By cutting Harkey, the Rams would save $1.3-million with very little penalty. It is very possible that the Rams move on from Harkey and if they need a full back, they try to find an undrafted rookie to develop.

Hemmingway is another player that has the physical skill set. He’s the size of a wide receiver at 6’5 and 244-lbs, but hasn’t made any plays on the field with zero receptions on the year. Given his size, he could be brought back to camp next year and given a shot, but if the next regime brings someone in, Hemmingway could be on his way out.