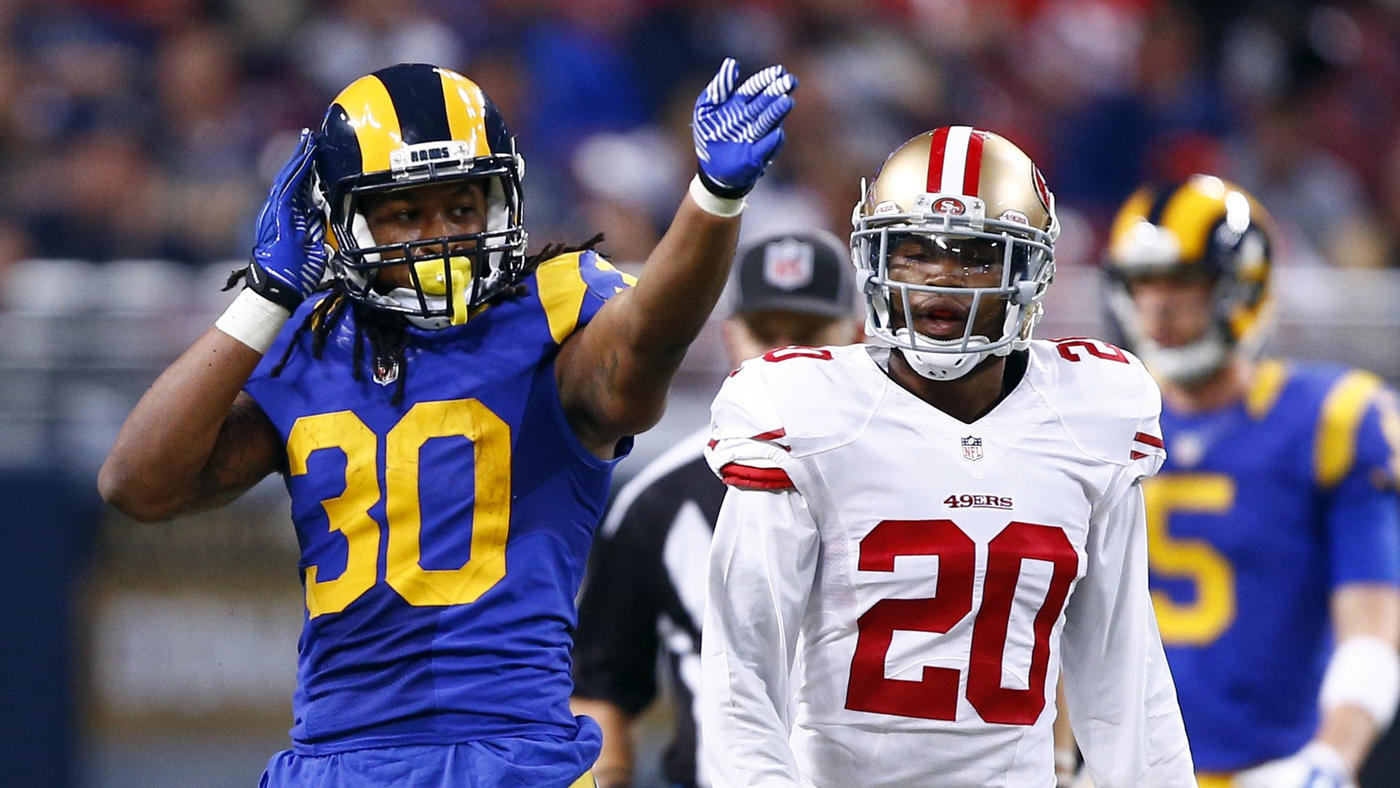 As a starting point, we’ll take a look at each position and figure out which players will be back in 2017. Here we’ll look at the running backs. You can read the previous positions by clicking the links below:

I’d like to say that Todd Gurley is safe. However, after the year that he’s had, there really is no guarantee that he’ll be back. The next regime will have no draft capital, and Trent Richardson garnered a first round pick a few years ago in a trade between the Browns and Colts.

If the next regime can find somebody to offer a first round pick for Gurley, it would be awfully hard to turn it down. The Rams have a lot of holes and need all of the picks that they can get.

With all of that said, Gurley is as of right now the face of the franchise. He is one of the few players who cares about the team and want to win. If the Rams want to change the culture on the team, it is worth keeping Gurley with the premise that he gets back to his rookie form.

Cunningham is not under contract next season and I wouldnt expect them to bring him back. He’s a kick returner and third-down running back. Both things the Rams will be able to replace. Cunningham could look to leave to go to a team in which he’ll have the opportunity to have a bigger role as well.

It will be disappointing to see Cunningham leave, but he’s not irreplaceable. If they have to sign someone else in free agency, that is certainly an option.

Brown has been a depth player all season, however, when he’s gotten his chances he hasn’t done a lot with them. He has 13 carries for just 28 yards in 2016 which doesnt give a lot of reason to bring him back.

The Rams could bring him in to camp to compete, but when all is said and done, Brown probably isn’t on this team at the start of next season. The Rams will be able to sign someone in free agency who could be just as good if not probably better than Brown.

Chase Reynolds has been a good special teams player while he’s been with the Rams. However, that is all he’s ever been. It’s enough to make the roster year in and year out, but it doesn’t make him irreplaceable.

He’s not under contract next year and given that he is only a special teams player, it’s not imminent that the Rams do bring him back. Plus, being a new regime coming in with no connection to Reynolds, it doesnt look like he’ll be back.

An undrafted player that the Rams brought in this year that ended up making the roster, Green is not under contract next season and it’s highly unlikely that the new regime would go out of their way to bring him back.

Laskey is a full back that was placed on Injured Reserve towards the end of camp with an undisclosed injury. He’ll get the chance to prove what he can do on special teams or what he brings to the table as a full back, but it will be difficult for him to make the final 53.

Wegher was just brought in last week and signed to the practice squad. He’s not under contract next season and most likely won’t be back.