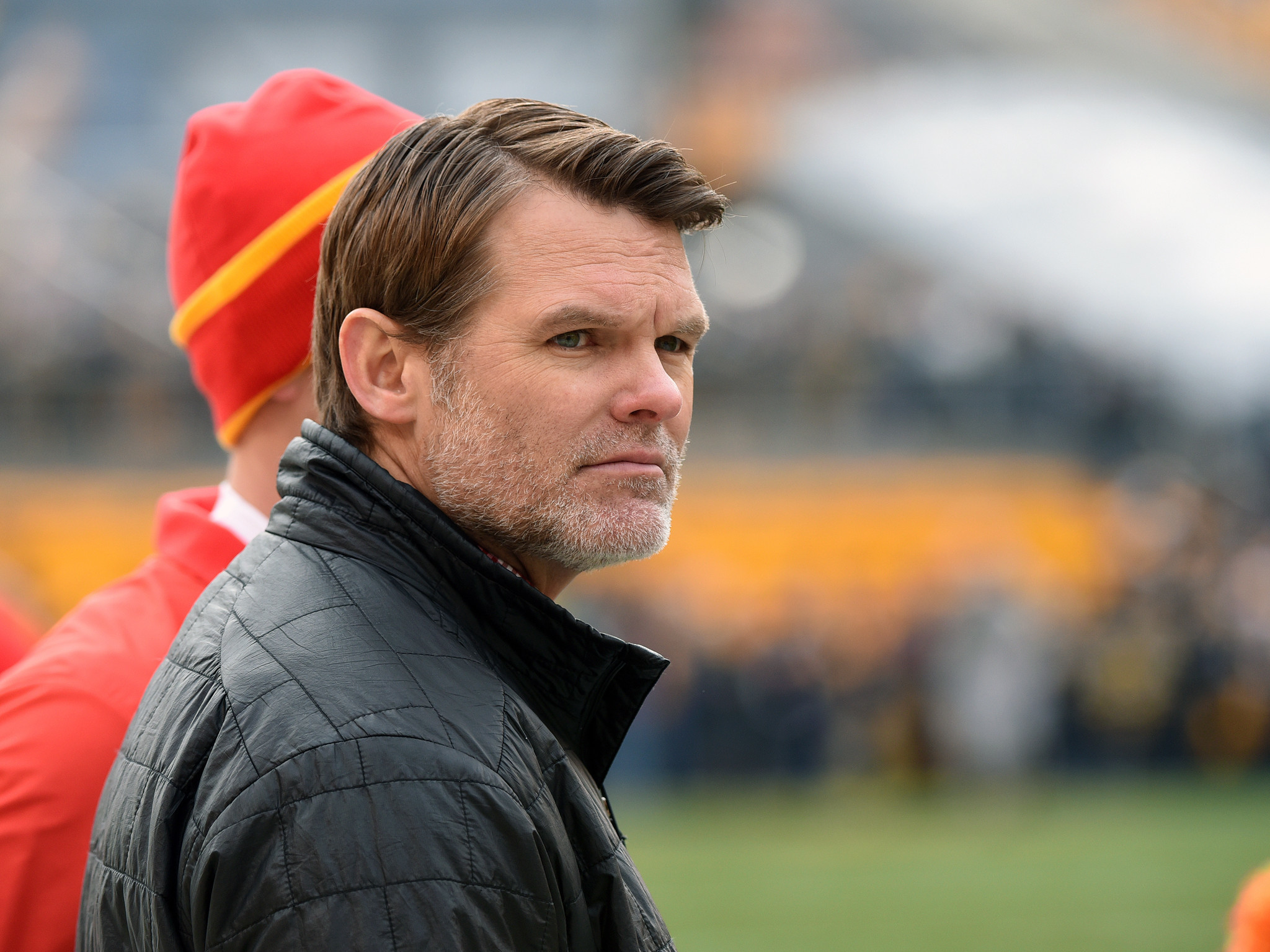 It’s starting to look more and more like the Rams are ready to move on from Les Snead. Quite honestly the whole house could be cleaned. Here are the two best general managers to replace Snead if the Rams do in fact go that route.

This man has accolades as far as the eye can see . He has connections just as far out as his accolades, but what makes Pioli so great is the success he’s had. There have definitely been some bumps and bruises (especially in Kansas City) but all in all he’s just very good at what he does.

Pioli started off in the NFL with the Cleveland Browns before the move as a Pro Personnel Assistant to Bill Belichick, who he had already developed a tight knit relationship with, back in Belichick’s days as the Defensive Coordinator of the New York Giants. When the Browns moved, Pioli joined the Ravens and was promoted to Pro Personnel Coordinator. He was part of the personnel that was responsible for their dominant 1996 draft that included the acquisitions of Hall of Famer’s LT Jonathan Ogden, MLB Ray Lewis and even two-time Pro Bowl WR Jermaine Lewis who they found late in the draft.

Still keeping in mind that Belichick relationship, Pioli followed Belichick to the New York Jets and helped turn around a 1-15 team in two seasons into a 12-4 team with free agent signings with eight-time Pro Bowl center Kevin Mawae, two-time Pro Bowler QB Vinny Testaverde and three-time Pro Bowl LB Bryan Cox (who he even works with now in Atlanta).

Pioli left the Jets with Belichick to go on and create a dynasty with the New England Patriots. They became the first Personnel Director/Head Coach duo to win three Super Bowls in four years. While there Pioli was praised a team builder and a supreme talent evaluator. He basically split the General Manager duties with Belichick and together they built an incredible and elite franchise. While some question how much Pioli really had to do with building the team, many around the league believed Pioli was the best of the best.

Pioli and Belichick were responsible for drafting one of the greatest QB’s ever in Michigan sixth-round QB Tom Brady and making trades for WR’s Randy Moss and Wes Welker who were part of a dominant team that went 16-0 in the regular season. Belichick didn’t want Pioli to leave, but he was happy for him when he got a chance to go and build his team all by himself in Kansas City. What hurt Pioli was attachment to connections. He wanted to re-unite with Charlie Weis and Romeo Crennel and it may have been his downfall. His hiring of first-year HC Todd Haley wasn’t considered a bad hiring at the time, but the two clearly didn’t see eye-to-eye. In what was a disastrous end to Pioli’s tenure as GM of the Kansas City Chiefs, the Chiefs not only finished 2-14 and qualified for their 1st first-overall pick in franchise history, but something bigger than football happened. Pioli was forced to watch LB Jovan Belcher shoot himself dead at the team facility after he had thanked Pioli for taking a chance on him and that he loved him.

After the long rough road in Kansas City, Pioli finds himself in Atlanta assisting GM Thomas Dimitroff. Pioli should be right in the mix to become the new Rams GM if and when the position is declared open. It would be wise for Pioli seeing as though Dimitroff is signed until 2019 with Atlanta, so if he wants to be a GM again, he’s going to have to wait awhile if he doesn’t want to leave Atlanta. The Rams could use a talent evaluator like Pioli as they already have a solid group of players on the roster. It would also be intriguing with Pioli as he is not the only Atlanta Falcon the Rams might be interested in. Offensive Coordinator Kyle Shanahan just so happens to be with Pioli at the moment and he could also find himself as the Rams new HC. There is plenty to think about when it comes down to Pioli in Los Angeles and it sure wouldn’t be bad if the Rams gave the guy Sports Illustrated named the best GM of the decade.

This guy has nowhere near the resume or the longevity Pioli has, but he’s considered the up-and-comer. Chris Ballard started his NFL career with the Bears in 2001 and eventually was promoted to Director of Pro Scouting in 2012. Ballard is a very opinionated man and he likes to tell it the way it is, which might have scared off many teams in the past that interviewed him to be their GM. Perhaps a guy like Ballard is what the Rams need, you could argue that the Jeff Fisher and Les Snead era has poisoned the franchise with mediocrity and the wrong type of passive culture. With Ballard that type of attitude would be obsolete.

If you aren’t running your organization the right way Ballard is going let you hear it, but he’s also going to suggest alternatives to fix it. He isn’t just a toxic person in the front office. Ballard for instance is a former college coach and is considered a great people person. Back in Chicago, Ballard was adamant about trading up to select the Oklahoma star RB Adrian Peterson. While most of the organization liked Peterson, they felt it was too soon to give up on Cedric Benson. Ballard had given up on Benson and felt like Peterson could be a real game-changer. Well, to say the least Ballard nailed that one right on the head. Or did he? Well, actually he was the one who scouted Benson in Texas and two-years later he was willing to admit that Benson was the wrong guy. That’s what is truly impressive about Ballard. That’s also something Fisher and Snead refused to do and even tried to cover up their misses by giving certain players chance-after-chance.

Ballard’s coaching background has been his impressive factor, because he truly knows how it feels to be in the coaches shoes. He hasn’t been a full on GM yet and that could seriously bode well for him. One thing Ballard can do is sell himself and his ideas to an entire room.

Now, Ballard finds himself the Director of Player Personnel for the Kansas City Chiefs. The irony is that we were just talking about Scott Pioli who is responsible for running into a wall with the Chiefs and now here is Ballard who helped bring the Chiefs back into the fold as the contender we see today. What is even crazier is the fact Ballard did seemingly the same thing Pioli did when he was with the Jets. He turned a two-win or less team around in no time at all.

Ballard brings a mentality that would be perfect for bringing in a new coaching staff. He truly wants to provide the coaches with the players they want. Ballard’s also never carried a below .500 ending record with any team he’s worked with. The Rams are desperately trying to claw their way over .500. Ballard would give you a hard nosed, no nonsense type of guy that the Rams desperately need. If Ballard wasn’t afraid to tell his old place of work how it was and if he wasn’t afraid to tell them that they needed to make serious changes. He sure as hell wouldn’t be afraid to tell the Rams they need to make big changes to establish a winning culture.

On one hand you have a guy who is a proven winner and on another hand you have a guy who has all potential in the world based off the type of way he carries himself. Bottom line is this. If the Rams are serious about parting with Snead, they need to look at Pioli and Ballard to fill the void. It’s time for the Rams to take the step towards winning football.