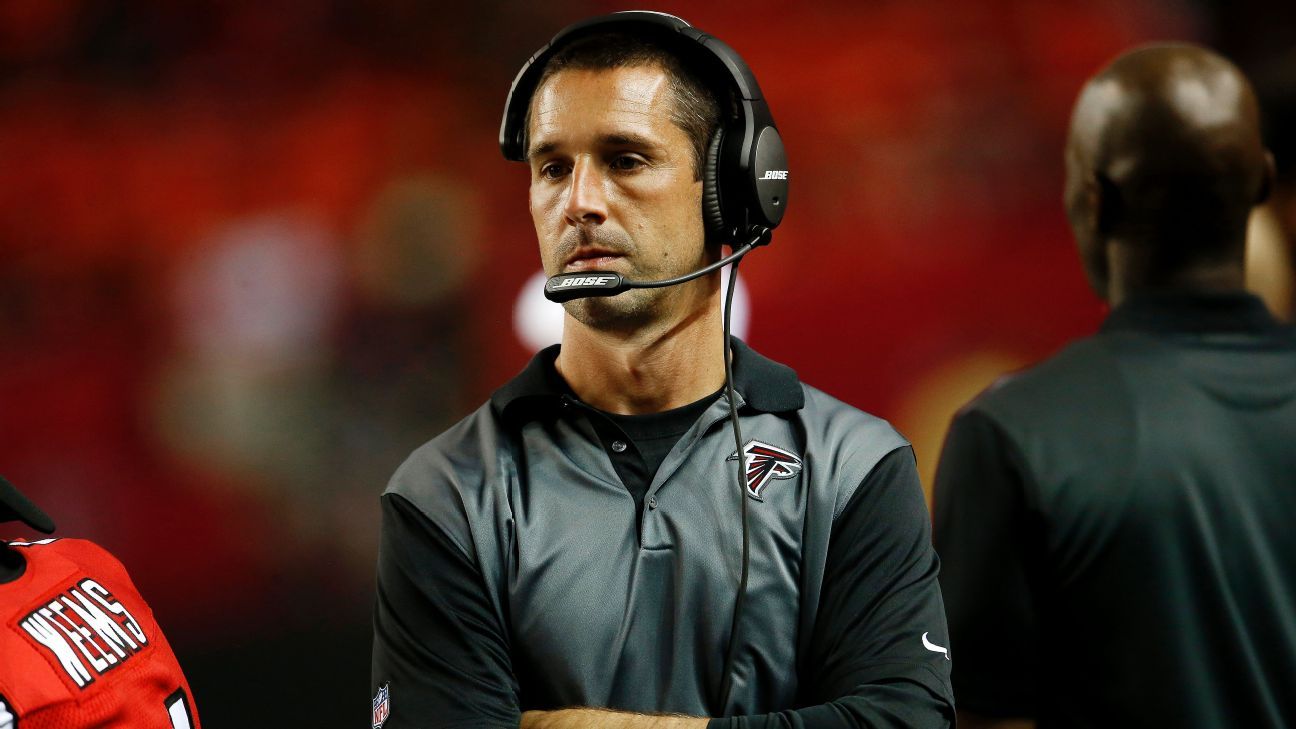 The L.A. Rams will not be bringing back John Fassell as the full-time HC, but he’s okay with that and it’s the obvious choice. Now, the Rams have been linked to just about everyone on the Head coaching landscape, but is there just two candidates the Rams should pursue?

The short answer for many would be no. Names like Jon Gruden, Mike Shanahan, Jay Gruden, David Shaw, John Harbaugh and Tom Coughlin have been thrown out there especially this week. However, what is the point? The Rams are the favorite destination out of the two teams that need head coaches (other one being the Jaguars). So why even bother stretching this search out that far?

McDaniels has a crazy offense which is very complicated and just involves many different moving parts. He is of course the former OC of the St. Louis Rams back when Steve Spagnuolo actually tried to fix an offense and brought in a guy who knows what he is doing. So why didn’t it work? Well, if you forgot, the Rams personnel was very inexperienced. Their WR’s were: Danny Amendola (who dislocated his elbow in week two and never returned), Danario Alexander (who flashed all the potential in the world, but couldn’t overcome massive amounts of knee injuries), Mike Sims-Walker (a free agent acquisition who was a flat out disappointment), Brandon Gibson (a very average at best receiver), Mark Clayton (who had hit a wall for his career), rookies Greg Salas and Austin Pettis who weren’t ready.

Forget even about the WR’s, just look at the fact McDaniels was forced to run such an advanced offense with a second-year QB Sam Bradford who the year before was running a “dink-and-dunk” conservative offense. He ended up getting hurt and that meant McDaniels had to score points with Kellen Clemens and A.J. Feeley as his signal-callers. The former HC from the Denver Broncos influenced a trade for WR Brandon Lloyd to go to the Rams for a fourth-round pick. Lloyd instantly looked like a man among boys almost getting to the 1,000 yard mark in that season.

If you are iffy about McDaniels, just remember that 2011 he had nothing to work with and the Rams were severely bit by the injury bug as a whole. The young improving defense was hindered by the injuries and at one point the Rams were forced to start CB Josh Gordy off the street. McDaniels was not to blame for how bad the Rams were. Perhaps a second chance is all it would take to prove it.

Now, with that being said, the argument can certainly be made for Kyle Shanahan. Shanahan came in to relieve former OC Mike Sherman from his job with the Texans. Sherman’s last year QB Matt Schaub threw nine touchdowns to his nine interceptions and Sage Rosenfels ended up outperforming him. Shanahan’s first year he turned around Schaub and started to breathe life into him as the possible franchise QB. He even energized the run game and took Steve Slaton, a rookie from West Virginia and made him a rookie year 1,000 yard-plus rusher.

The next year was when the Texans went from introduction to Shanahan’s scheme to adopting it and the proof is clearly there. Shanahan turned Matt Schaub in only two years into a 4,000 yard passer and 29 touchdowns thrown. Schaub went to the Pro Bowl that year which was his first and Shanahan departed for the Washington Redskins to join his father Mike. As the youngest coordinator in the league he had already established a name for himself the way he turned around Matt Schaub’s career.

Kyle didn’t succeed instantly, like his last job he’s shown he needs at least two years before he makes a dent in his work and establishes an offensive scheme. It also didn’t speed things up having an over-the-hill bunch of QB’s in Donovan McNabb and Rex Grossman. McNabb retired the next year and the Redskins gave Shanahan nothing to work with as Grossman wasn’t going to cut it. Eventually as we all know the Rams would trade away the no.2 overall pick in 2012 to the Redskins for multiple picks. Shanahan would also acquire a QB to develop in Robert Griffin III. Shanahan turned the Redskins around instantly after the draft, RG3 posted a crazy 28 total touchdowns to five interceptions and over 4,000 total yards which is almost identical to what Dak Prescott is doing in Dallas. He didn’t stop there however, Shanahan turned in something just as impressive with rookie RB Alfred Morris rushing for over 1,600 yards and 13 touchdowns.

So what happened? RG3 has many know suffered a torn ACL in the playoffs and his career was never the same. The Redskins had to try to protect him and tried to make him a strict pocket passer and he just couldn’t withstand it. The Redskins flopped and Shanahan left to go to the Cleveland Browns. It was just a quick one year tenure, but Shanahan took a QB in Brian Hoyer and actually got some production out of him and even a decent season turned in by the Browns.

Shanahan went to Atlanta with Matt Ryan, RB Devonta Freeman and Julio Jones. He has since made them a powerhouse offensive football team with a great young HC at the helm in Dan Quinn. Shanahan has taken the Falcons offense from 21st in points scored and seventh in yards accumulated to first and second in those respective categories. He has turned Ryan from a good QB to looking like an MVP candidate. He has picked up where he left off with star RB Devonta Freeman and has even gotten Tevin Coleman involved heavily as the pass catching back. What else can be said about this offense? The Falcons in Shanahan’s second year have really turned the corner and are looking to be a threat come playoff time.

Many compare Ryan to Jared Goff, if you think Shanahan wouldn’t be able to succeed with Goff you are sadly mistaken. You need to realize if you don’t want Shanahan he’s turned guys with potential around. Guys like Schaub and Ryan. He made RG3 look like a superstar his rookie year. As long as he isn’t working with over-the-hil QB’s like Grossman and McNabb he will be fine. Just think about what he could accomplish with Goff and Gurley.

Now, with all this being said these guys have the biggest case to be made as the next HC’s in Los Angeles. Stop trying to go with a big name and find the next big name. That right there is exactly why the Rams need to find a young HC who can build a dynasty. Bill Belichick was once a pupil to Bill Parcells and now he stands atop a mountain as probably the greatest coach of all time. So I ask you, do you want to overpay a guy who has been out of coaching for years and give him full team control to start a Fisher 2.0 era. Or, do you want a young coach who will bring a new attitude, new philosophy and change the Rams organization for the better?

It’s simple McDaniels and Shanahan are the best coaching candidates this winter and the Rams should be thanking their lucky stars Shanahan and McDaniels weren’t picked up last year.